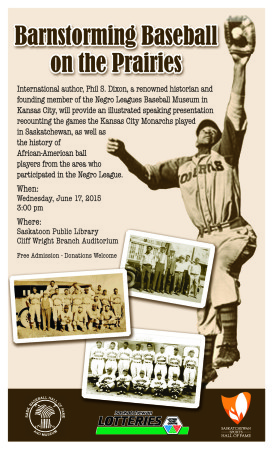 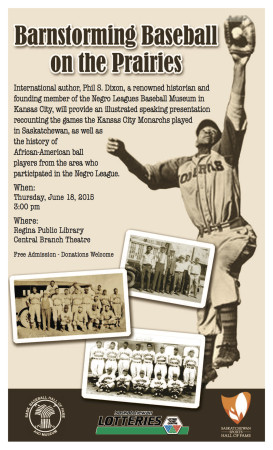 In the 1930s and 1940s The Negro Baseball League toured through our province on barnstorming tours.

Read more about Phil’s upcoming presentations in Regina & Saskatoon here.
Be sure to join us, when the Barnstorming Baseball Presentation Tour comes through your city!