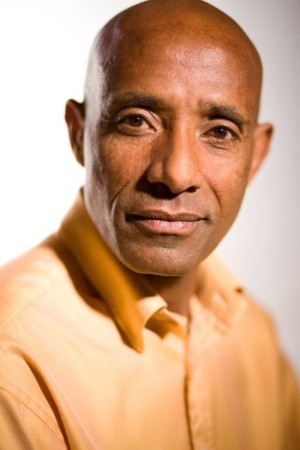 When Never Give Up debuted in 2011, the program targeted students in Grades 3-5 in support of the Saskatchewan Social Studies curriculum based on the objectives of community, our province, and heroes.

The program sought to answer the question: what makes a person a “hero”? When talking about the concept of a hero, the program strove to make the students understand that there are positive role models that could be heroes in our schools, at home, and in the community and that heroes are different for everyone. The program also recognized the special contributions that the presenters have made to Saskatchewan athletics and our society.

Following an extremely successful debut, the Never Give Up program was developed into one that would be offered on a regular basis to locations throughout Saskatchewan. While the involvement of Ted Jaleta has been one of the hallmarks of the program, the involvement of other sports figures from Saskatchewan has been essential to its success. All of these individuals have overcome obstacles and hardships and truly understand what it means to “never give up” and serve as positive role models. Past participants have included Fiona Smith-Bell (hockey), Heather Kuttai (Paralympian – shooting), Fred Sasakamoose (hockey), and Kia Byers (canoe/kayak). Saskatchewan is a diverse province and this diversity is well represented within the student population. With this in mind, we have always looked to choose presenters who can speak to and represent these diversities.

Since 2011 Never Give Up has reached more than 18,000 students and been expanded to involve all elementary grades. 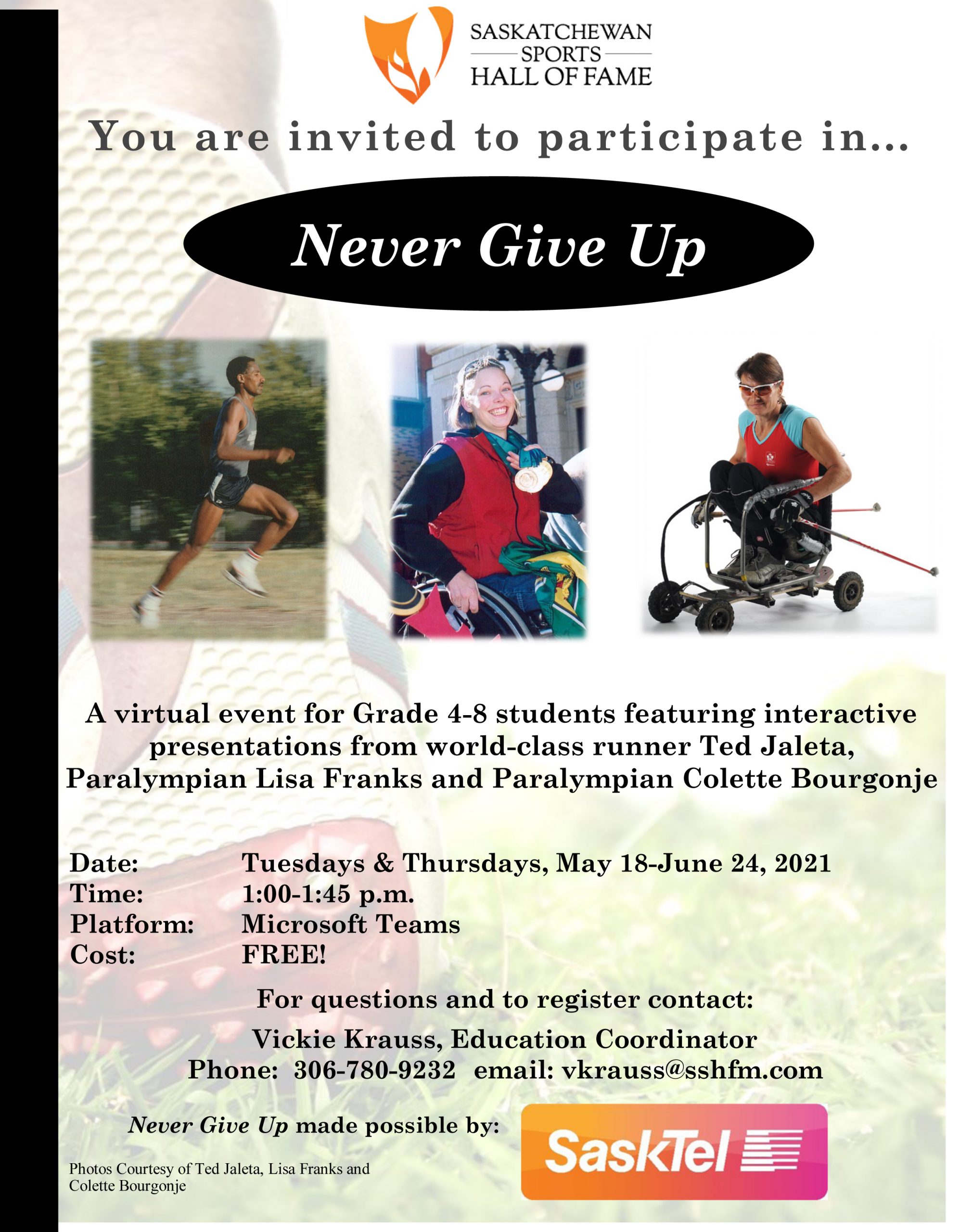 Due to the onset of COVID-19, the program is going virtual for 2021 and will be available to Grades 4-8 in schools throughout the province of Saskatchewan. We are fortunate to once again have the support of SaskTel as our presenting sponsor. This year’s program will focus on various subject areas in the Grades 4-8 Saskatchewan Curriculum dealing with identity and showcase how sport contributes to the identity of self and others. It will also highlight our feature inductees and Saskatchewan athletes who have made significant contributions to self and society.

Elementary school students are at an extremely impressionable age. They are entering a point in their lives where they act, think and feel on their own while developing impressions of themselves and those around them. It is important that they are provided with positive people who they can look up to within their own community.

This year, we welcome back inductee Ted Jaleta and his inspiring story. Jaleta’s promising distance running career was put on hold in his native Ethiopia after he was shot, imprisoned and tortured during the Ethiopian Civil War in 1976. Jaleta was able to escape and flee the country, eventually settling in Canada.

Also added to the team are Lisa Franks and Colette Bourgonje. After a medical condition left her paralyzed, Lisa Franks didn’t turn away from the world upset about her fate. Instead, she turned to wheelchair sports and became a Paralympian. After being injured in a car accident in high school, Colette Bourgonje has trained her way to become one of the few Canadians to participate in both a winter and summer Paralympic Games.

To register your classroom or school for the program, please contact Education Coordinator, Vickie Krauss, at 306-780-9232 or [email protected]