The Saskatchewan Sports Hall of Fame (SSHF) held their Annual and Special Meeting on Thursday, May 26, 2022. The meeting minutes are now available.

The Bylaw change to clarify the language on Hall of Fame membership passed unanimously. The updated SSHF Bylaws can be found here.

The other Officers of the Hall of Fame are Karen Meban, who is beginning her first term on the board and will assume the Vice Chair role. Mike Babcock remains in the role of Treasurer.

Mike Babcock and Tennille Grimeau were both re-elected to a second three-year term on the Board.

Babcock has been a member of the Board since 2017. He has a Bachelor of Commerce Degree (Honours) from Laurentian University and received his Certified General Accountants designation in 2007 and his Chartered Professional Accounts Designation in 2014 when the three national accounting designations unified. He opened his own accounting practice in 2016.

Grimeau is originally from Melville and received a Diploma in Hospitality & Tourism Marketing and a Masters Certificate in Project Management. She spent 20 years in loyalty marketing with the Saskatchewan Indian Gaming Authority (SIGA) where she was responsible for the strategic development and marketing of the Players Club loyalty program for SIGA’s seven casino properties, including member acquisition, direct marketing, data analytics, and branding. In the fall of 2021, she began her new role at Federated Co-operatives Limited (FCL) in the position of Loyalty Manager, where she is responsible for supporting the successful build, operationalization, and implementation of a new consumer loyalty program across Western Canada. 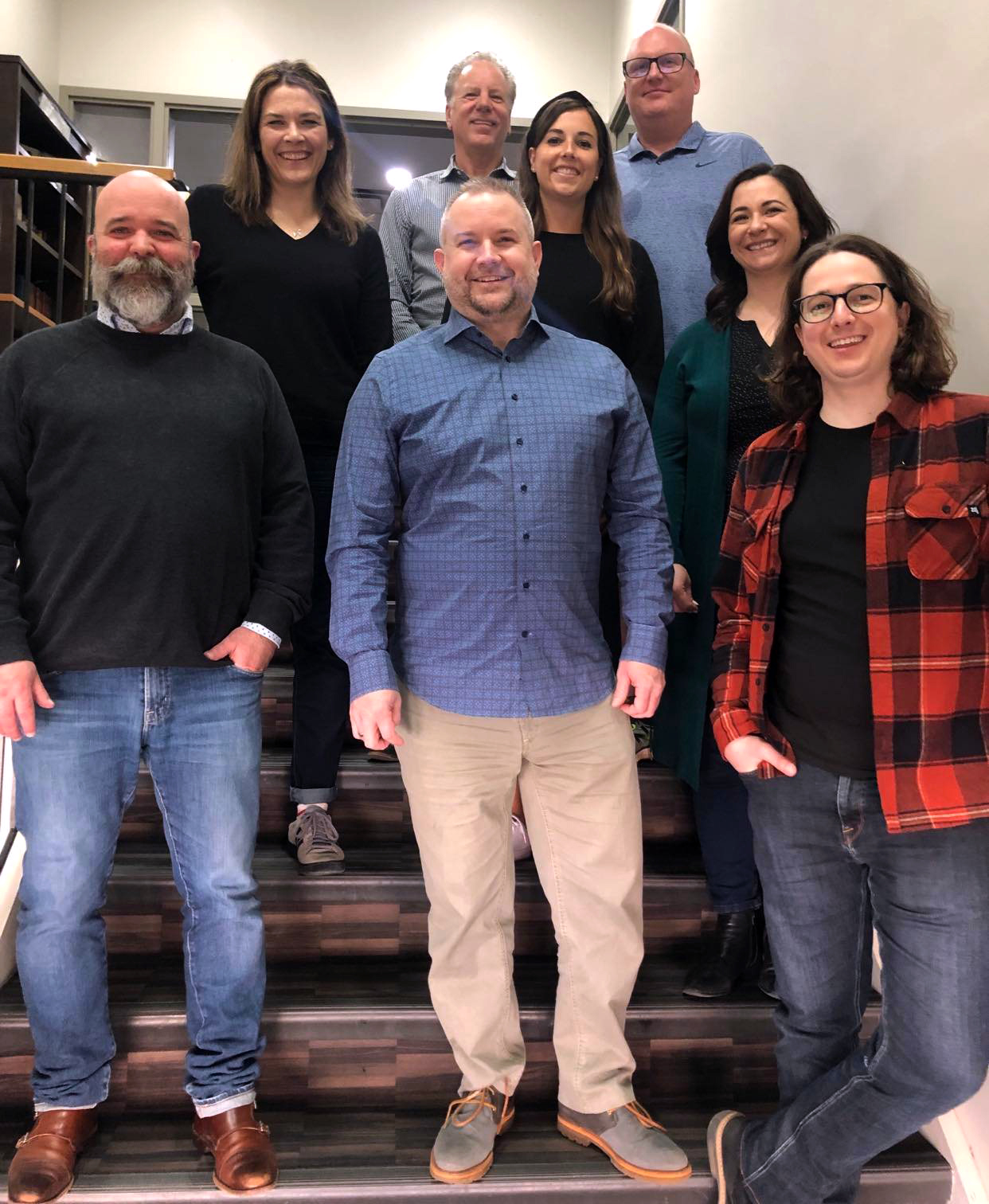 Jeff Lightheart is a Certified Financial Planner and is the owner of a planning firm in Regina. He has a close affiliation with the Hall of Fame as his wife Nancy was a member of the 1991 Sundown Optimist Buffalo Gals who were inducted in 1996. Nancy’s sister, Jill Zimmer was also on that world championship-winning team. Jeff and Nancy’s daughters became baton twirlers and continue to be coached by another inductee, Maureen Johnson. If that weren’t enough, Nancy’s dad, brother, and uncle are also in the Hall.

Karen Meban is employed at CBC Regina as an Integrated Account Lead and has worked in media advertising sales for 22 years. She graduated from Laurentian University as a five-year veteran of the nationally-ranked Lady Vees basketball program. Upon graduation, and while starting her career, Meban was the assistant coach for the Lady Vees program before moving to Regina in 2003. She is the mother of three active kids and volunteers as a coach in basketball, ringette, and hockey.

Christopher Weitzel graduated from the University of Regina in 2000 with a BA and then went on to the University of Saskatchewan College of Law and Capital Law School earning his Juris Doctor (J.D.) in 2003 from the U of S. He is currently the Associate General Counsel – Corporate at Saskatchewan Government Insurance (SGI). His practice involves contract, procurement, privacy, litigation, and trademark issues as well as leadership responsibilities. He also earned his Certified In-House Counsel (CIC.C) designation in 2020 from Rotman School of Management and in 2020 received his Saskatchewan Queen’s Counsel (QC) designation. He is currently on the Canadian Bar Association Executive Board for Saskatchewan and was President of the CBA SK in 2020-21.

Cary Wessel graduated from the University of Regina in 2000 with a B.Sc. and then went on to the University of Saskatchewan College of Law earning his Juris Doctor (J.D.) in 2007. Wessel was called to the Bar of Saskatchewan in 2010. He is currently an Associate at Gerrand Rath Johnson LLP in Regina, where he practices in a wide array of legal areas, specializing in corporate and commercial matters. Wessel is active in several outdoors endeavours, including cycling, mountain biking, skiing, and camping. He is the Patrol Leader for Canadian Ski Patrol – Qu’Appelle Zone, involved as an instructor for Advanced First Aid, and a sitting executive with both the local zone and the provincial division.

The agenda will include Annual Reports, Bylaw revisions, presentation of Financial Statements, the appointment of the auditor for 2022/23, and reports on the election of Board Directors.

The meeting package, plus the 2021 Annual Report, 2021/22 Financial Statements, and all other pertinent materials for the Annual and Special Meeting have been posted on the SSHF website and are available for review before the meeting.

Due to the coronavirus pandemic and in the interest of the health and wellness of our Members, the Annual and Special Meeting will be held virtually via Microsoft Teams. Please fill out this registration form to receive your access credentials for the meeting which will be distributed no later than noon on Thursday, May 26.

All members of the Saskatchewan Sports Hall of Fame in good standing are welcome to virtually attend and vote during the Annual and Special Meeting.

After changes to the SSHF Bylaws at the 2021 Annual and Special Meeting, Members of the Hall may include the following:

(iii) Current members of the Board of the Hall;

(iv) Past Board members of the Hall who completed at least one (1) term while serving on the Board within the previous five (5) year time period;

(v) Individuals, families or corporations with three (3) years of paid dues in the Hall in the most recent four (4) years;