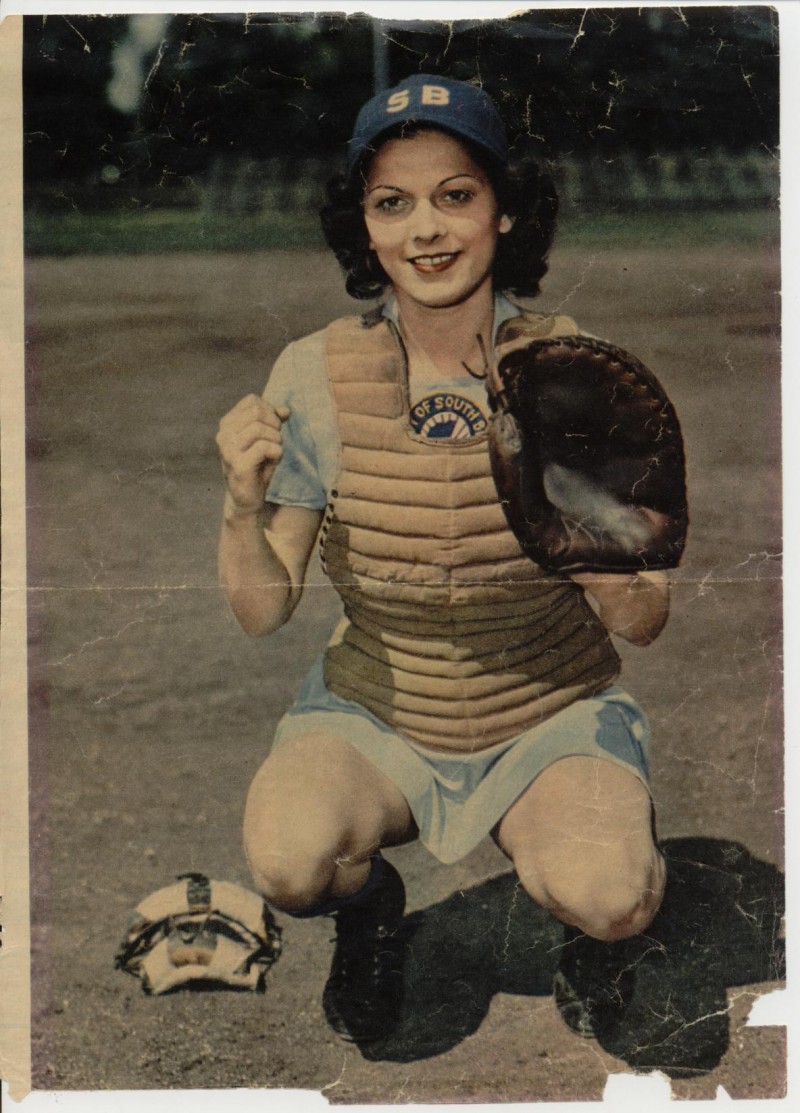 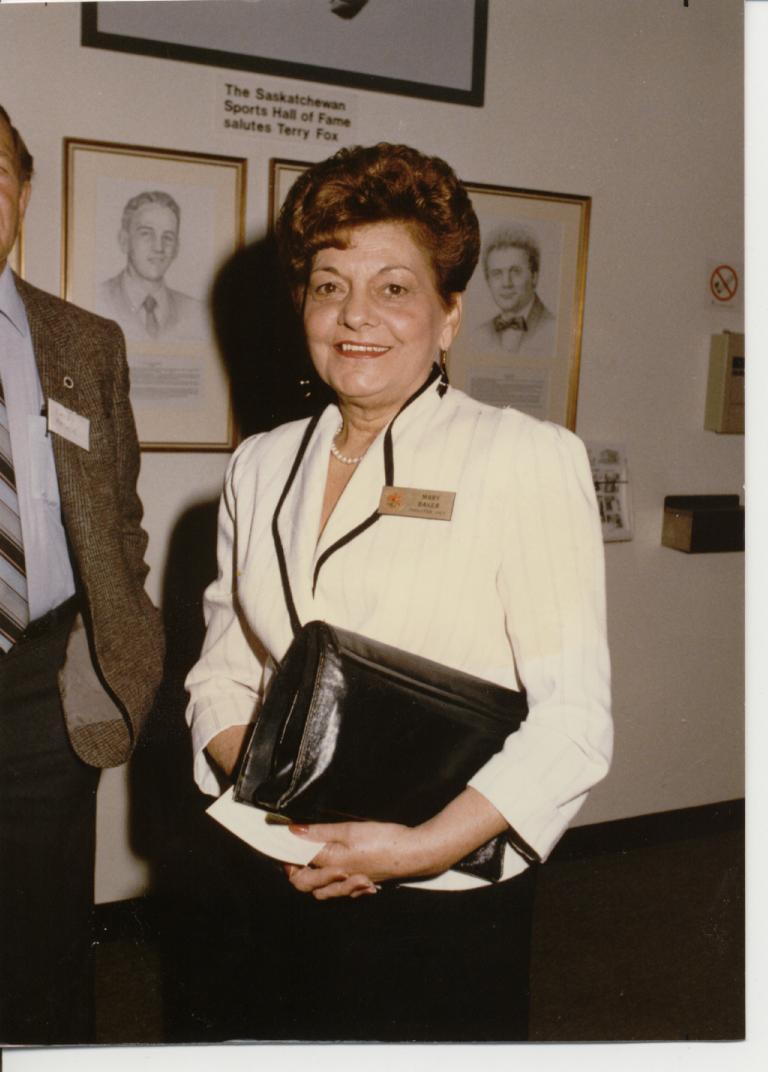 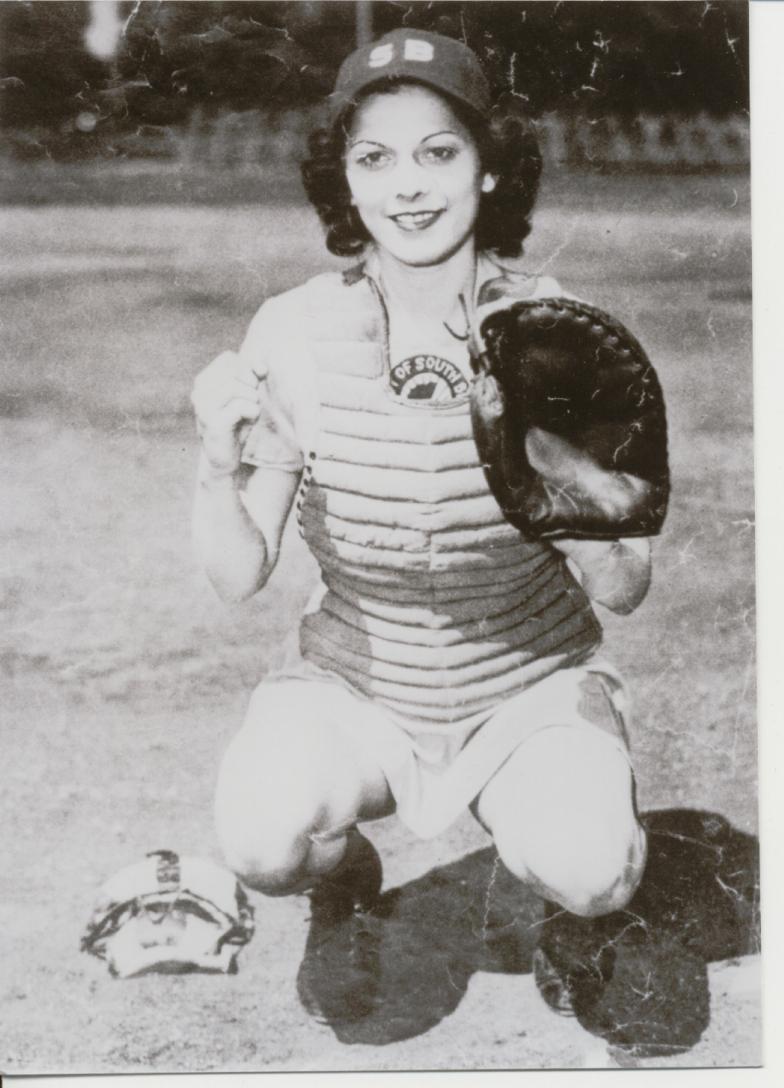 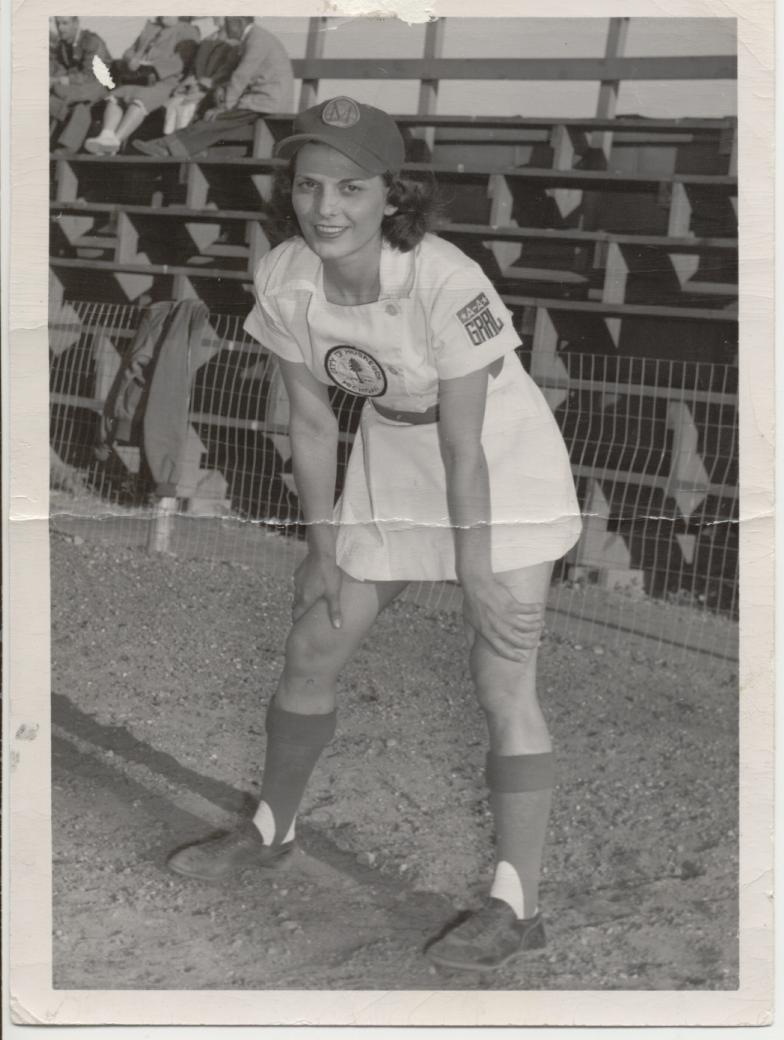 Mary Baker was born in Regina, July 10th, 1919. She has been actively involved in sport in our province since the age of 13 when she started playing softball with the local minor league teams.

In 1943 when P.K. Wrigley formed his All-American Girls Professional Baseball League (AAGPBL), Mary tried out and successfully wound up playing back catcher with the South Bend Blue Sox, one of the four professional teams.

Baker later joined the Kalamazoo Lassies in 1950 as a player/manager, the only player and women to ever hold the position. A rule was passed after the 1950 season outlawing female managers in the AAGPBL. During Baker’s career she was named All-Star Catcher three times and All-Star Utility Player once.

She proved to all that high-class femininity and high-class ball were a surefire combination. She was the league’s most publicized player, often referred to as “Pretty Bonnie Baker” by the press. Returning home after a lengthy career, Mary led the Regina Legion Team to Provincial, Western Canadian and finally World Ladies Softball honours in Toronto.

Mary Baker had a distinct honour of being the first female sportscaster in Canada when she worked for CKRM in from 1964-65. She has rivaled men for years in sport endeavors and occupations and has to her credit many ‘firsts’.

On August 8, 2015 a ceremony and mural unveiling took place in Central Park in order to honour Baker. For more information on this special ceremony, click here.