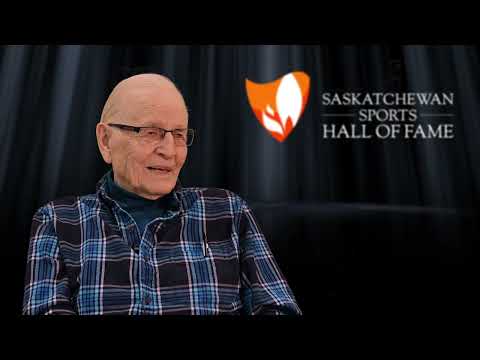 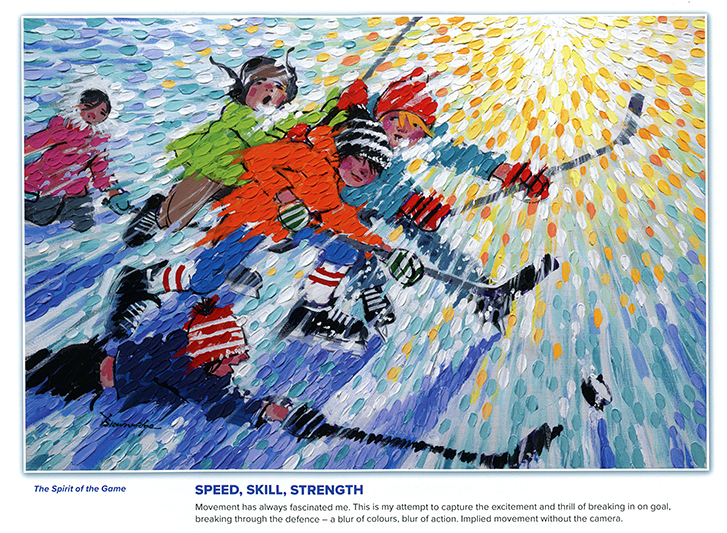 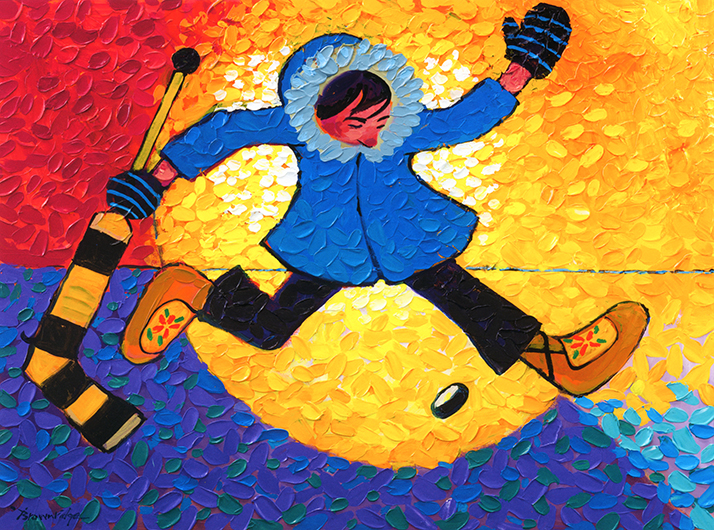 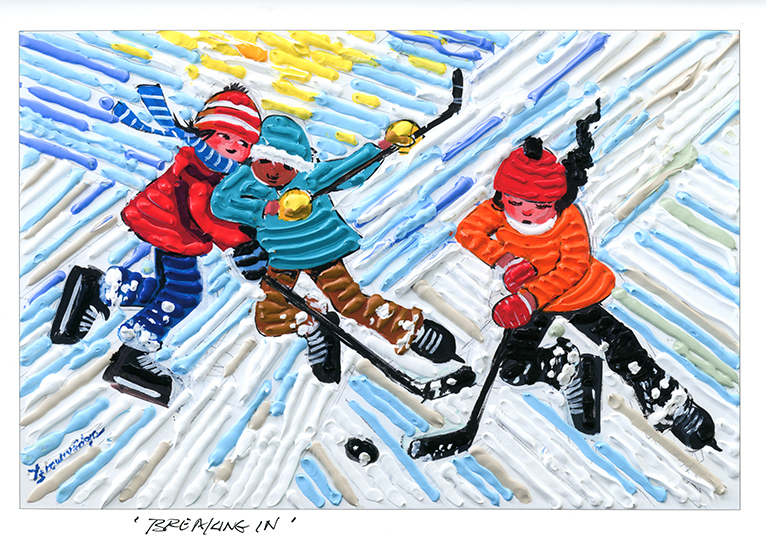 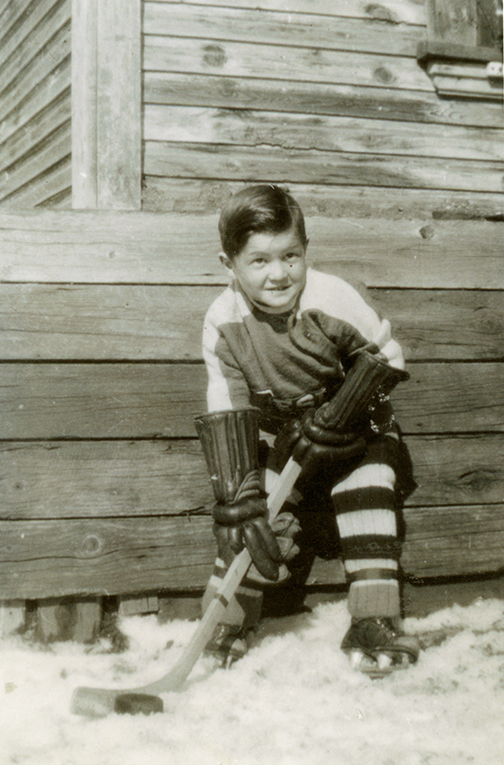 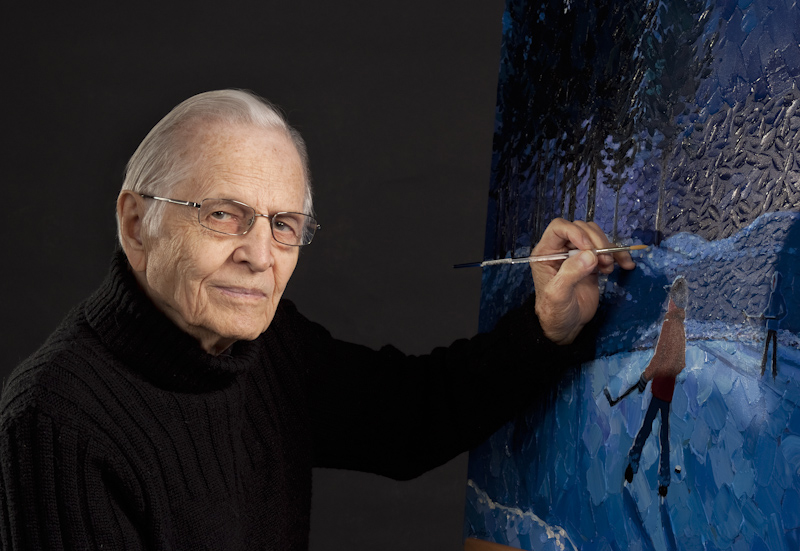 Growing up in the 1930s with spina bifida, Bill Brownridge channeled his love of sport, particularly hockey, into areas where he could excel, as an author and a painter.

Brownridge’s love of hockey was forged on the family farm near Vawn. His brothers Bob and Don were both excellent players and Bob was a prolific scorer in the minors.

Forced to remain seated for extended periods of time, Bill turned to other outlets for his hockey passion. In the early 1950s, he wrote for the Battlefords News Optimist newspaper and in 1954 he began formal art training and graduated from the Alberta College of Art in 1957.

Brownridge’s contribution to the world of sports has been long and varied. He created the logo for the Calgary Centennials, a member club of the Western Canada Junior Hockey League (now the WHL) from 1967-1977. He also designed the primary Calgary Flames uniforms worn from 1994-2000.

He was commissioned in 1981 by the Calgary Olympic Development Association to render a series of serigraphs depicting the 10 sporting events of the Olympic Winter Games. These works were then included in the Official 1988 Calgary Olympic Bid Book and Film presented to the International Olympic Committee.

Brownridge served as the Art Director and supervised the creation of the annual Calgary Stampede posters from 1979 to 1986.

In 1988 Browridge established the “Heart of Hockey” program to represent his activities which are inspired by growing up in Saskatchewan and embodying the grassroots community development of hockey. SSHF inductee Dave King has written that, through his art, Bill is truly a hockey historian.

Combining his art and writing, Brownridge’s first children’s book, The Moccasin Goalie, was published in 1995 and it mirrors a story of his youth of a boy who is unable to skate and tends goal for his local team leading to them winning the championship game. In reality, Brownridge did play goal in his moccasins for one game as the Vawn Cougars won the 1953 Junior ‘C’ North-Line Championship. The popular book led to Brownridge writing three more children’s books.

Brownridge’s work has been extremely popular in the hockey community with a number of National Hockey League players, coaches and executives owning his work. He took part in Calgary’s “Udderly Art” project in 2000 with his cow, “Hockeycow”, being auctioned for $51,000.

In 2000, Bill’s paintings were the catalyst for the creation of Hockey Day in Canada, a program that empowers the grassroots of hockey and recognizes where the true spirit and love of hockey in Canada originates and resides.