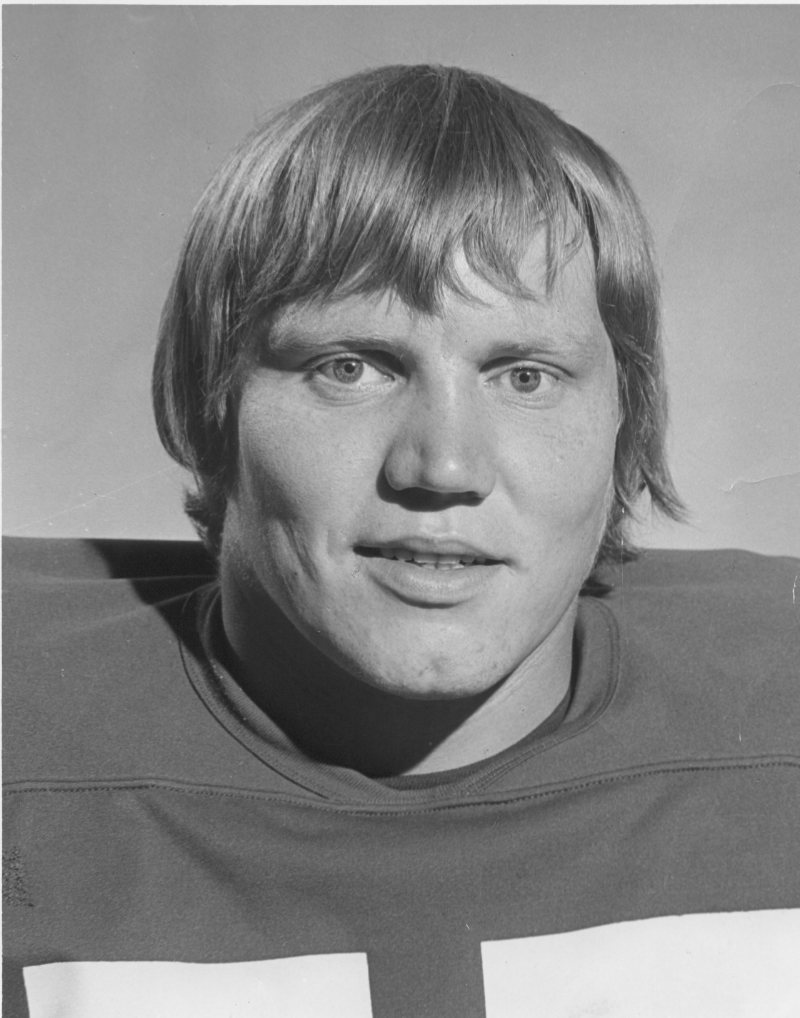 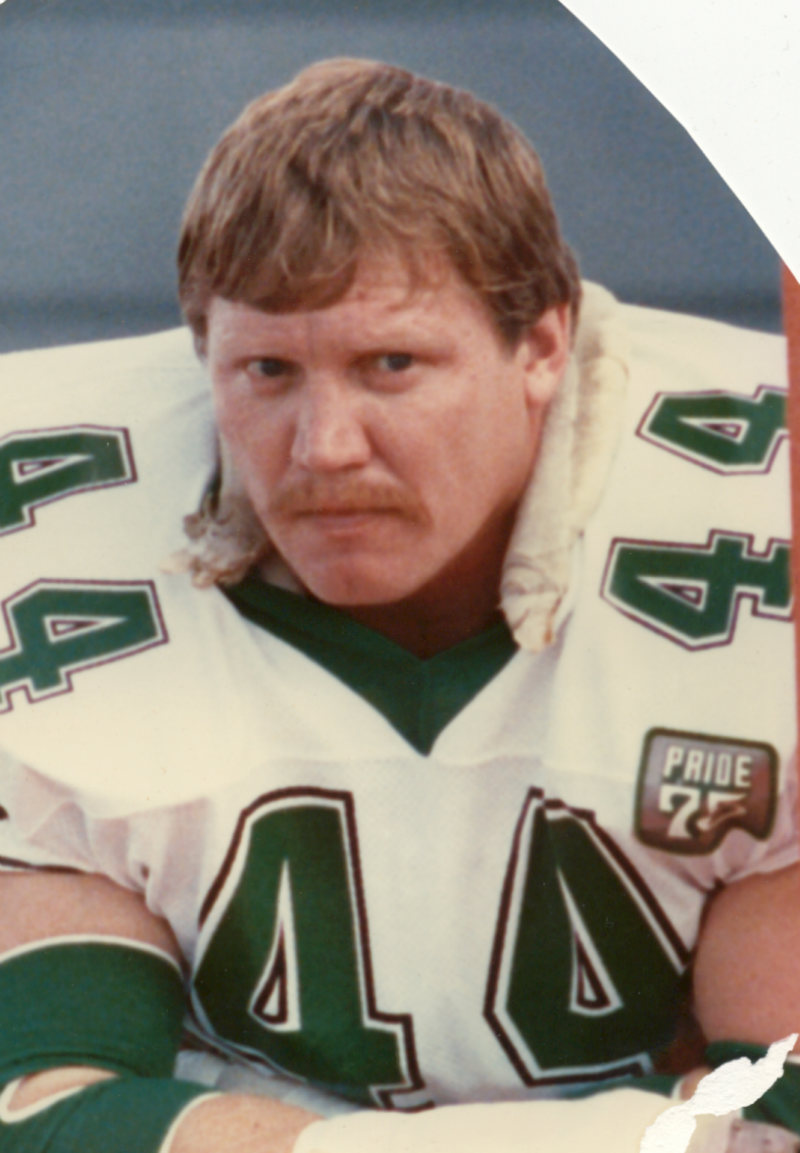 Roger Aldag was born and raised in Gull Lake and first played organized football with the Gull Lake Lions in high school where the team won the 1969 9-man provincial high school championship.  Following in his brother, Barry’s footsteps Roger’s next team was the Gord Currie-coached, Regina Rams. Aldag responded to the Rams’ encouragement and coaching to star as a lineman for four years with the Regina team. Along the way he helped his team win the 1973 and 1975 Canadian Junior Football Championships.  Roger was named a four-time all-star centre, a two-time most valuable Ram player, and the most valuable lineman in the Man/Sask League in 1975.

Roger attended three Roughrider camps while still a junior and learned the necessary skills that would make him an outstanding lineman in the Canadian Football League (CFL).  In 1976, while he still was eligible to play with the Rams, Roger made the move up to the Saskatchewan Roughriders.   He earned a starting position as a centre when the starting centre was injured.  The next year, 1977, saw Roger move to a guard position where he became one of the CFL’s best. Honours soon came in bunches as he was named to the Western Conference All-Star Team eight times (’82, ’83, ‘86’, ’87, ’88, ’89, ’90, and ’91).  Aldag was also chosen as an All-Canadian in 1986, 1987, 1988, 1989, and 1990.

He received two Schenley Awards as the CFL’s top lineman in 1986 and 1988.  Aldag also received the “Mack Truck ‘Bulldog’ Award” four times by his opposing defensive linemen in 1984, 1985, 1986, and 1988.  The highlight of his 17-year career with the Riders came in 1989 when he, as one of the Green and White’s captains, helped the Riders capture the Grey Cup for only the second time in the club’s long history.  Roger played in 271 regular season games for the Riders.

Aldag was named the Roughrider nominee for the Offensive Lineman of the Year eight consecutive times (1983 through 1990) and was nominated twice (1983 and 1985) by the team as the Outstanding Canadian Player.  Other deserving honours that Roger has received include the retirement of his number 44 jersey (only one of eight Riders so honoured), induction into the Plaza of Honour in 1993, and his induction into the Canadian Football Hall of Fame in 2002.