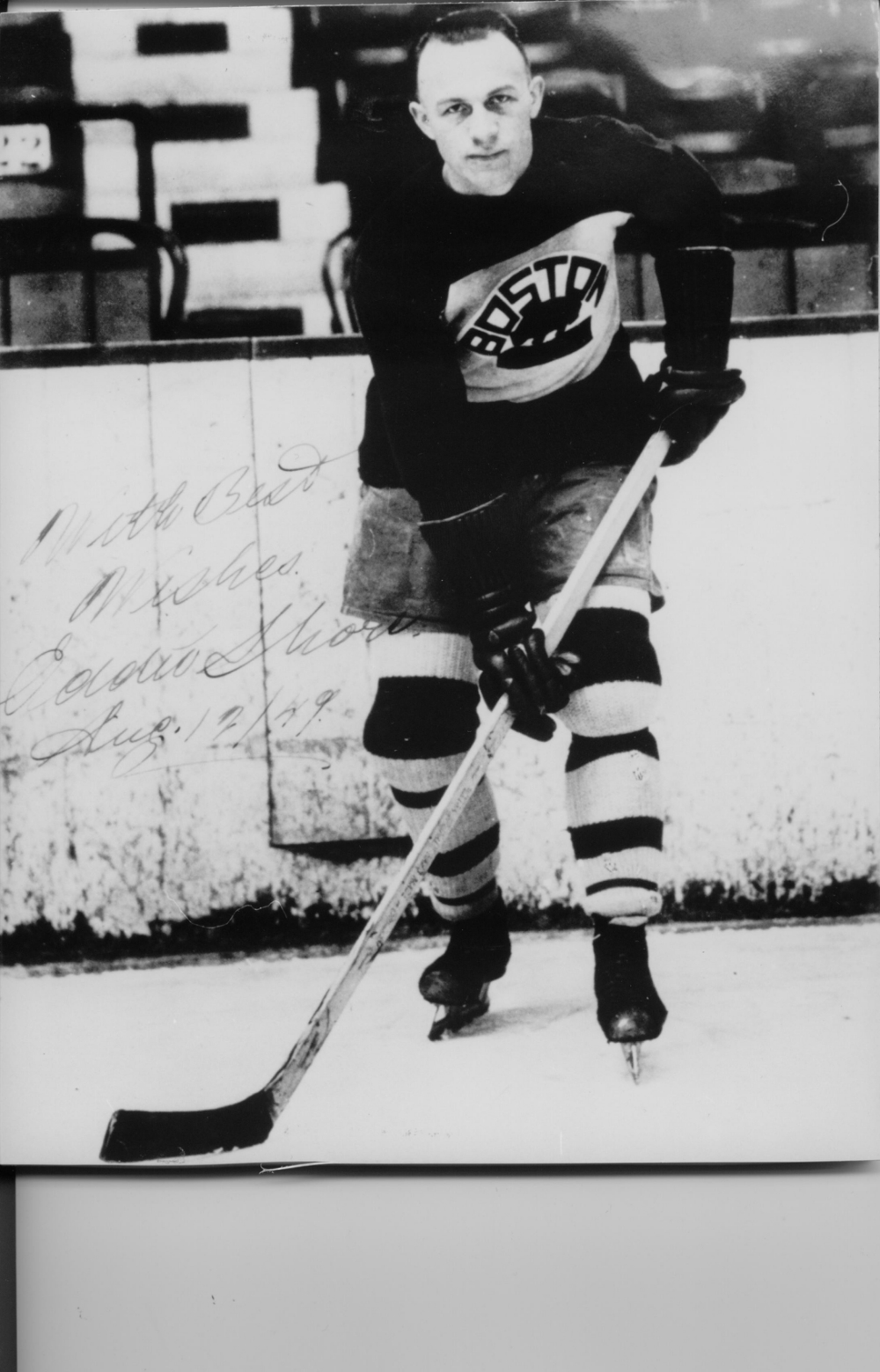 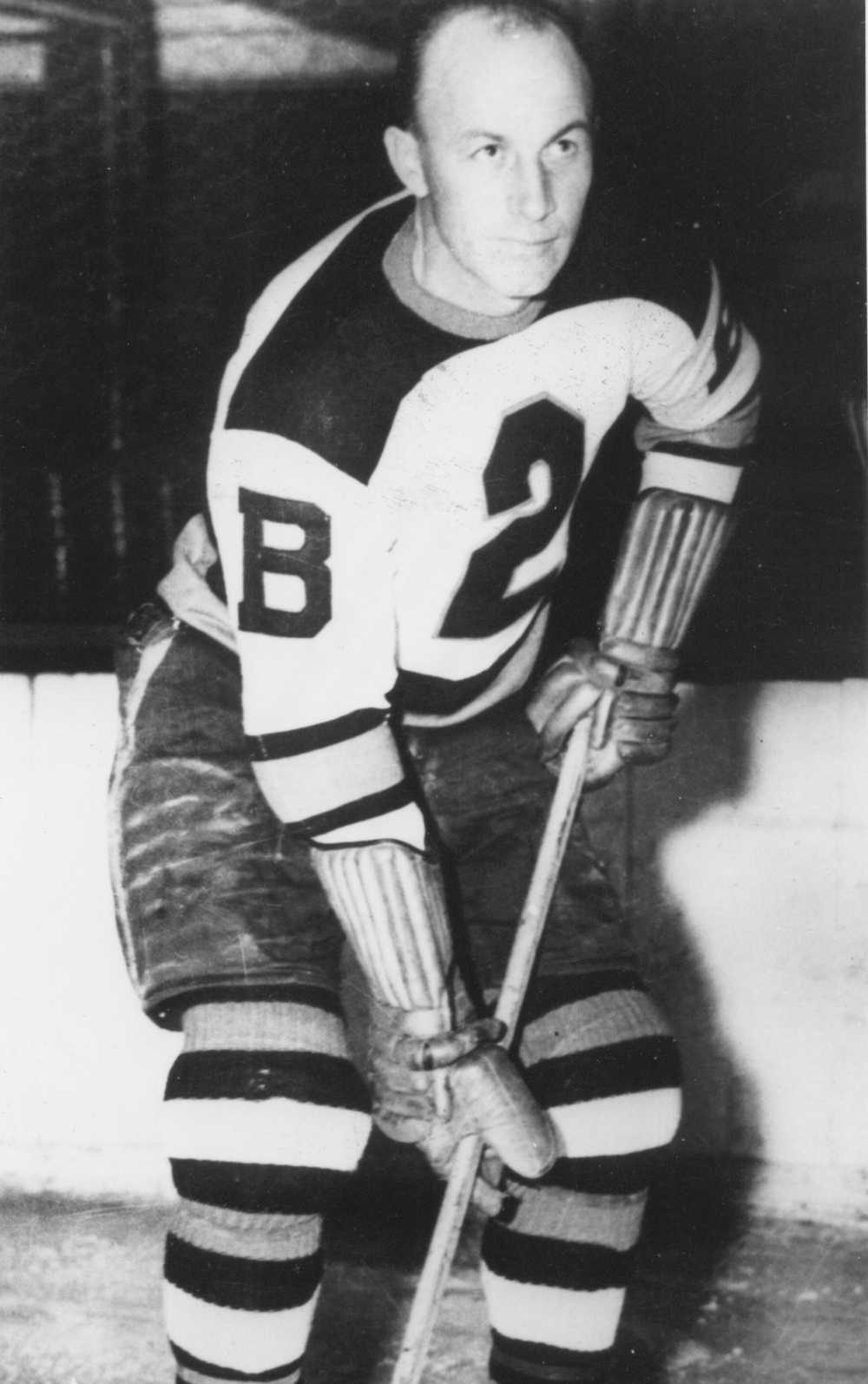 After playing senior hockey for the Melville Millionaires, Eddie Shore turned professional with the Regina Capitals of  the Western Canada Hockey League, and the Edmonton Eskimos of the Western Hockey League.

In 1926, he was traded to the Boston Bruins. Eddie was the most exciting rushing defenseman of his day.  He played on 2 Stanley Cup teams (1929 and 1939), won the Hart Trophy 4 times, the Lester Patrick Trophy, and was named to the First All-Star team 7 times. After 13 years with the Bruins, Shore was traded to the New York Americans.

Shore’s Bruins jersey was retired at the Boston Gardens on January 1, 1947. The American Hockey League created an annual league’s outstanding defenseman award in his name, and he was inducted into the Hockey Hall of Fame in 1947.