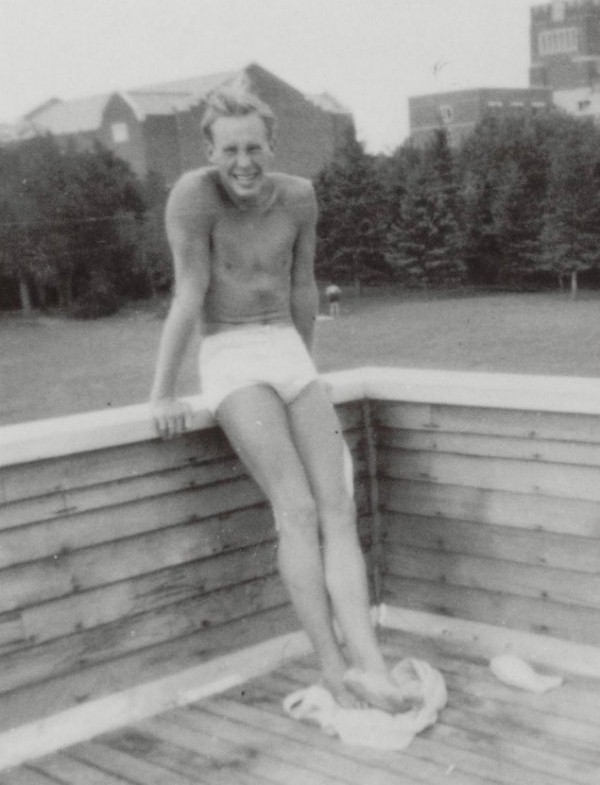 David Dean’s first taste of competitive swimming came when he trained for the Balfour Technical School Swim Team in 1946. Dean continued to train and accumulated many victories. In the late 1940s and early 1950s he held a number of provincial records and was a finalist in the 100 and 200 metre events at the 1950 National Championship.

Dean’s contributions to competitive swimming did not end when he retired from competition. In Regina, David coached the YWCA Synchronettes from 1953 to 1959 and the YMCA and YWCA Amateur Swim Club from 1960 until 1967.

Outside of coaching, Dean has been the National Director for the Canadian Amateur Swimming Association (C.A.S.A.), Saskatchewan Section in 1983. In addition, he was appointed the Canadian Chairperson of Officials from 1975 to 1981 and was responsible for the officiating at all summer and winter Nationals between 1978 and 1983. Across the country, he has conducted countless clinics for officials.

Dean is a Master Official and has been accredited by the FINA, the world governing body for swimming. As such, he has judged a number of international meets outside of Canada. He represented Canada at the World Championship in Berlin (1978) and Ecuador (1982), at Pan-American games in Puerto Rico (1978) and Venezuala (1983) and at the World Student Games in Edmonton (1983). In 1990, Dean acted as a starter for the Commonwealth Games in Auckland, New Zealand.