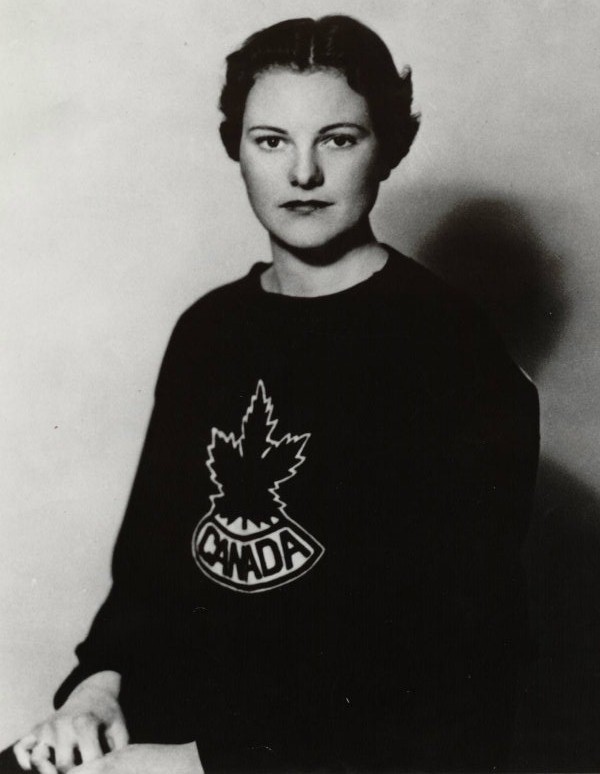 While still a school girl in Moose Jaw, Phyllis Dewar dominated all freestyle swimming events in Saskatchewan. In fact, in 1934 when she travelled west to the British Empire and Commonwealth Games trials she was already the three-time one mile swimming champion of Saskatchewan. At the trials, however, Dewar was a “prairie unknown”. This did not stop her from swimming onto the team and to the Games in London, England.

Meeting the best in the empire at London, Dewar won four gold medals, the best performance by any Canadian at the Games. Setting new records for the 100 and 440 yard freestyle and leading her team to victory in the medley and 400 yard relay teams.

In August of the same summer Dewar swam her way to the Canadian women’s one-mile swimming championship in Toronto to win the Barker Gold Trophy, completing the race in 29 minutes and 41 seconds. These performances were instrumental in her selection as the Canadian Female Athlete of the Year in 1934.

Dewar made a splash at the 1935 Canadian Championships in Winnipeg when she set a new Canadian record for 100, 400, 1,000 and 1,500 yards freestyle. She also set a mile record with a time of 23 minutes and 23 seconds. With this outstanding performance Dewar was named to the 1936 Canadian Olympic swimming team. Although Dewar was battling the flu during the 1936 Olympics she lead Canada’s 4 x 110 yard relay team to a fourth place finish and advanced to the 100 meter freestyle semifinal.

In the 1938 British Empire and Commonwealth Games in Sydney, Australia she won her fifth gold medal as a member of the 4 x 110 yard relay team. Following this feat Dewar retired from competitive swimming. Dewar was inducted posthumously into the Canadian Sports Hall of Fame in 1971 and the Canadian Olympic Hall of Fame in 1972.