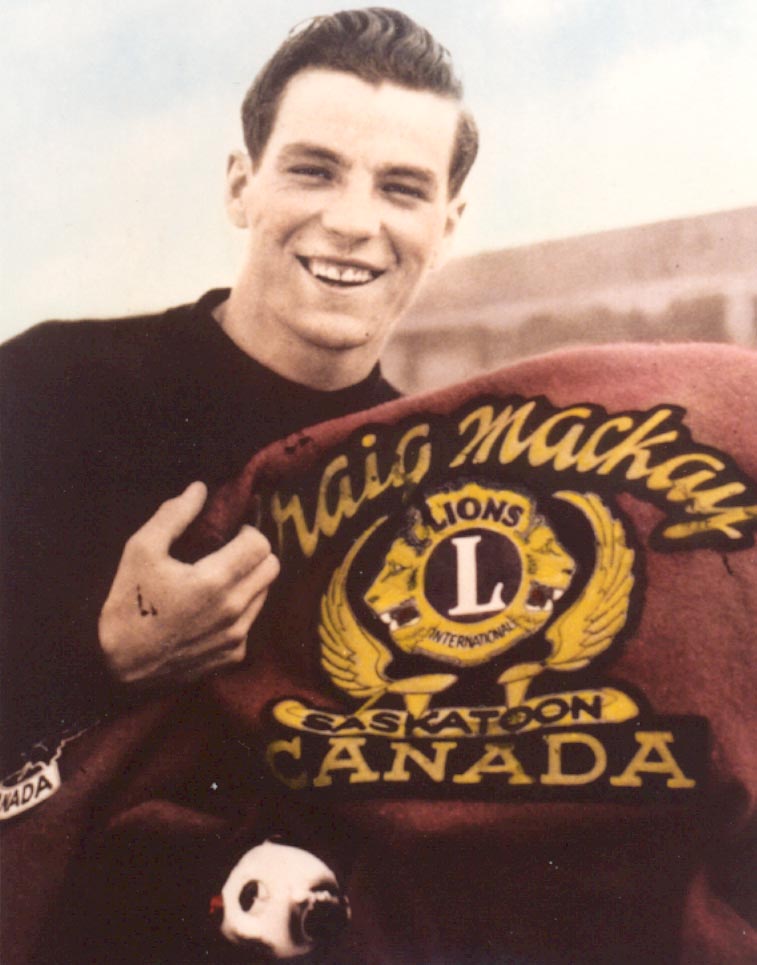 Craig Mackay joined the Saskatoon Speed Skating Club in 1943, and won the city and provincial championship a year later. Over the next 25 years, he set numerous provincial and national records.