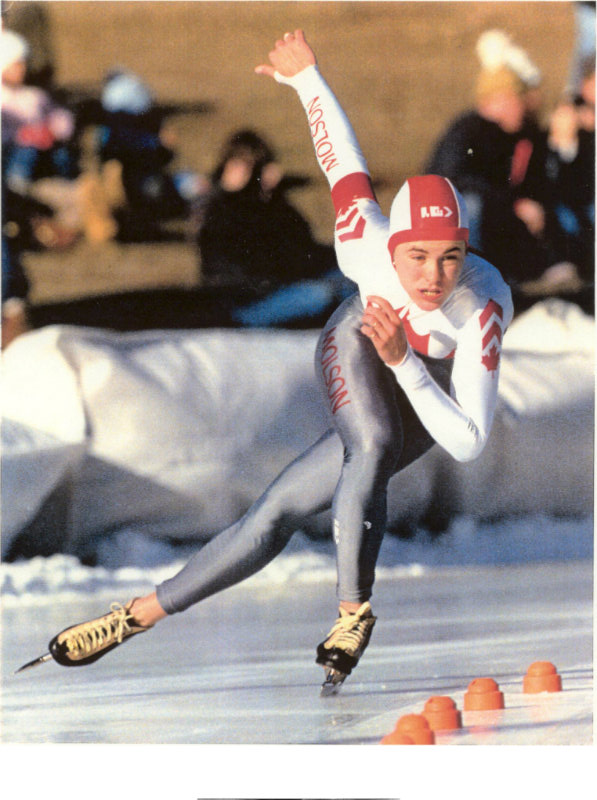 Moose Jaw’s Shelley Rhead burst onto the Saskatchewan speed skating scene in 1973, winning her first of many provincial titles in 1974, and accumulating three bronze medals in the Canadian Short-Track Championships in 1975.

Between 1977 and 1991, she won nine gold medals in Canadian Long Track Championships, as well as gold and bronze medals at the 1983 Canada Games. Shelley competed in the Long Track World Cup circuit for eight seasons with more than twenty “top 10” finishes.