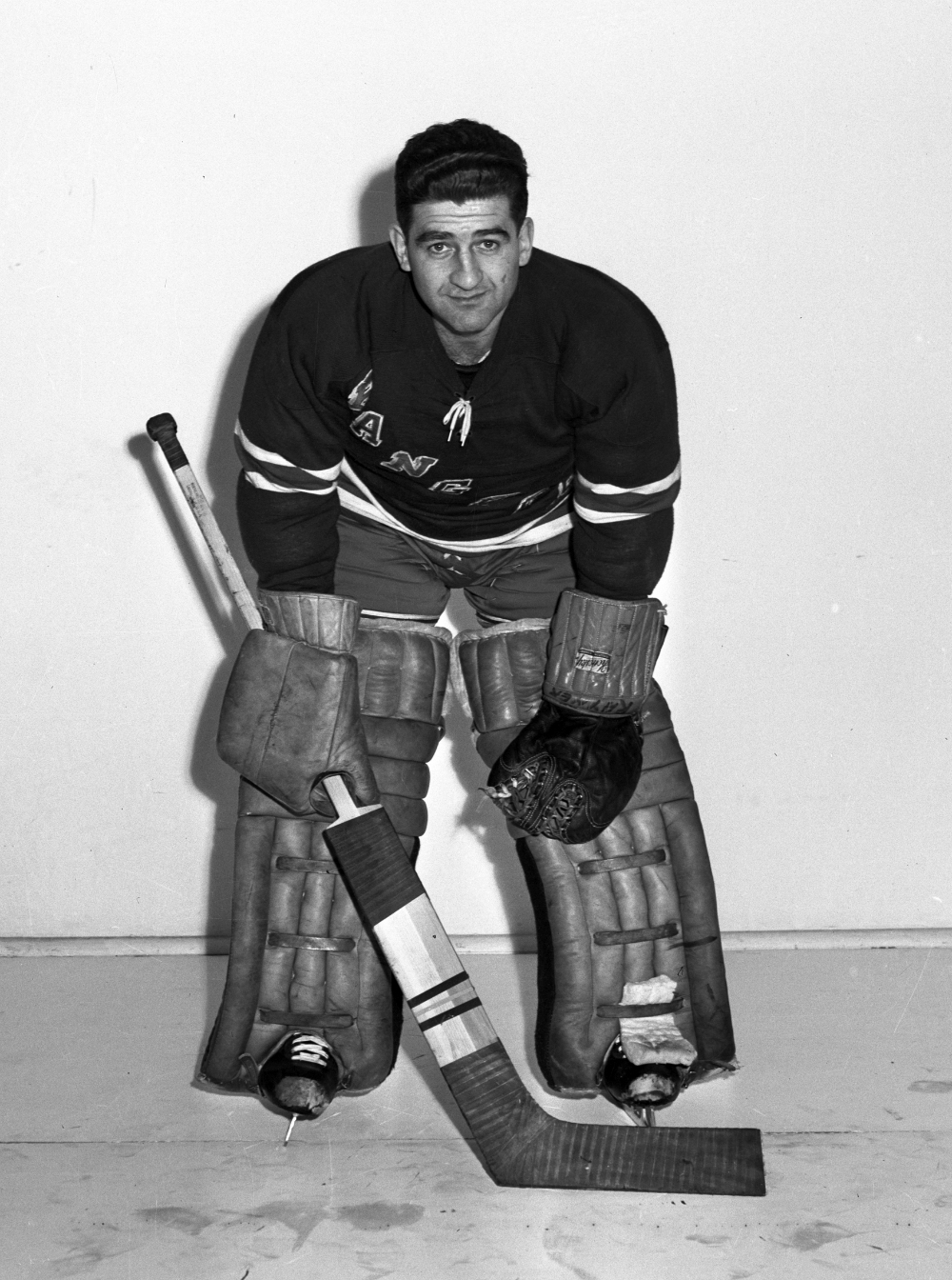 His junior career continued in the Manitoba Junior League with the Kenora Thistles.  The 1938-39 season saw his Thistles team play in the Memorial Cup.  It was during this season that Chuck was named All-Star goaltender in the Manitoba Junior Hockey League.  Following his successful years in junior hockey, Chuck turned professional with the American Hockey League’s, Springfield Indians.  Next, he played in the National Hockey League for the New York-turned Brooklyn Americans from 1940 to 1942 when the Americans left the NHL.  The New York Rangers became his next team and from 1945 to 1953 he became a permanent fixture between the pipes.

It was with the Rangers that Chuck showed his best results.  He was the NHL’s 2nd Team All-Star goaltender in 1948, 1949, and 1950.  1950 also saw Chuck win the Hart Trophy for Most Valuable Player to his team.  This was also the year that the Rangers almost won the Stanley Cup.  They had led the Wings 3-2 in games only to lose in overtime in the seventh game.

Chuck played in 424 league games and 18 play-off games.  He recorded 31 shutouts during that time and maintained a 2.43 goals against average in play-offs and 3.05 in the regular season. During his tenure in New York, Chuck received the New York West Side Association Trophy in 1947, 1948, and 1949.  Also, Chuck was inducted into the Hockey Hall of Fame in 1973 and the Saskatoon Sports Hall of Fame in 1987.