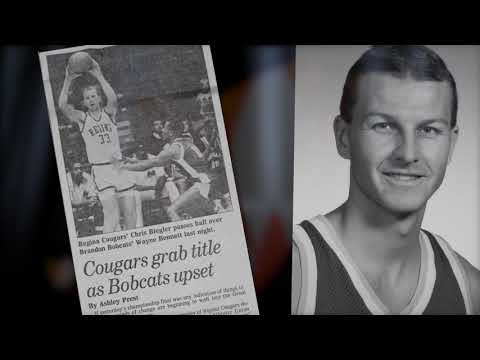 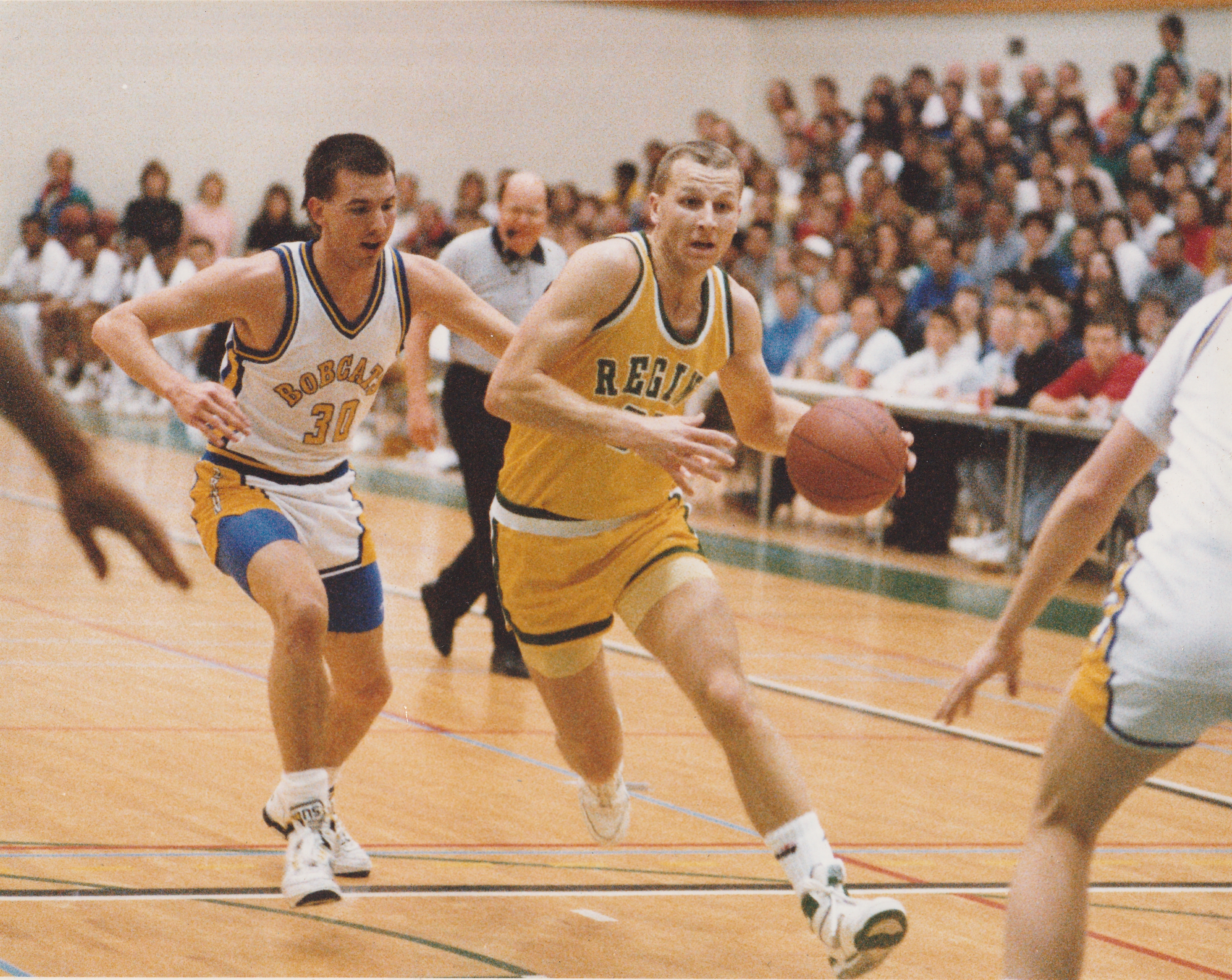 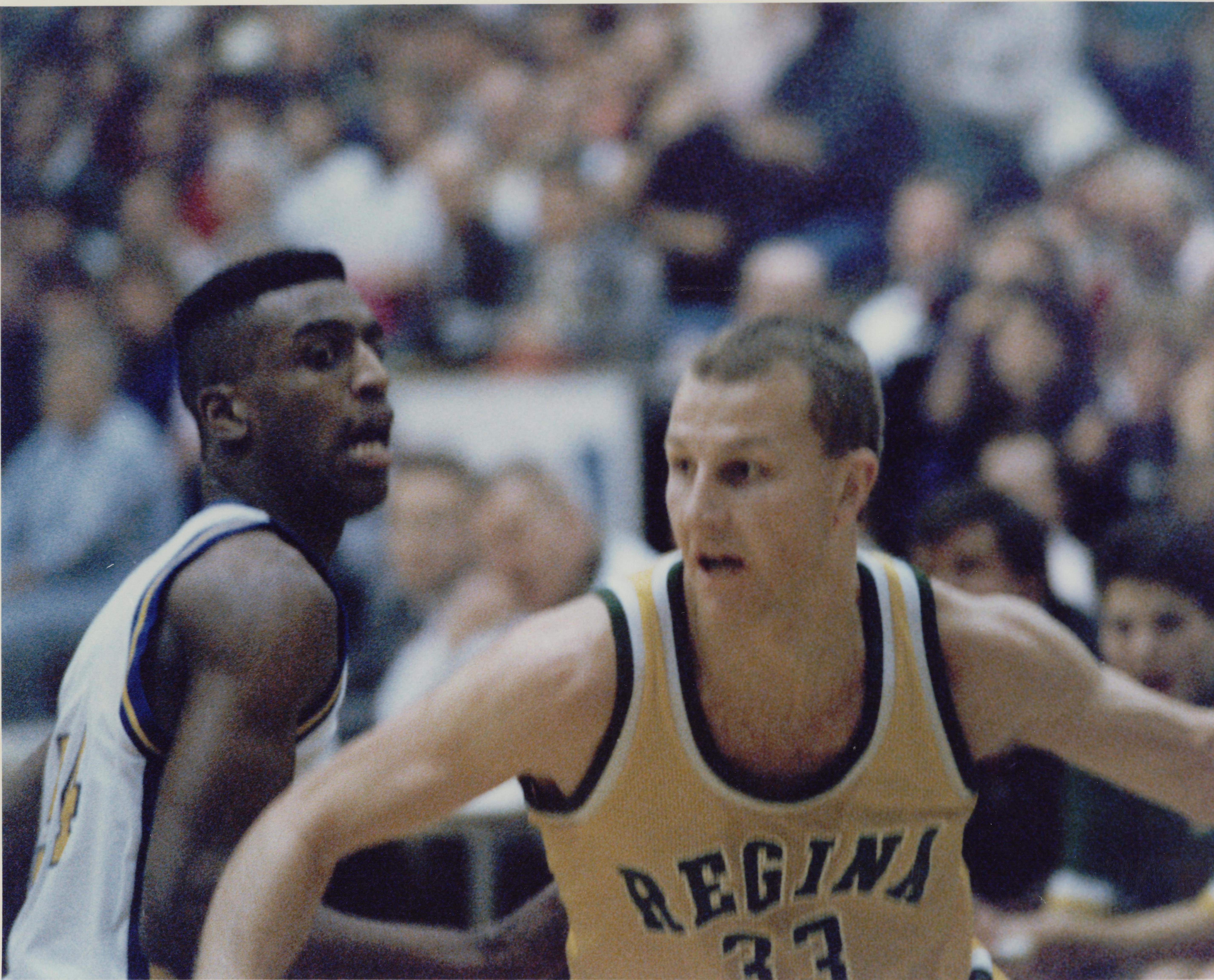 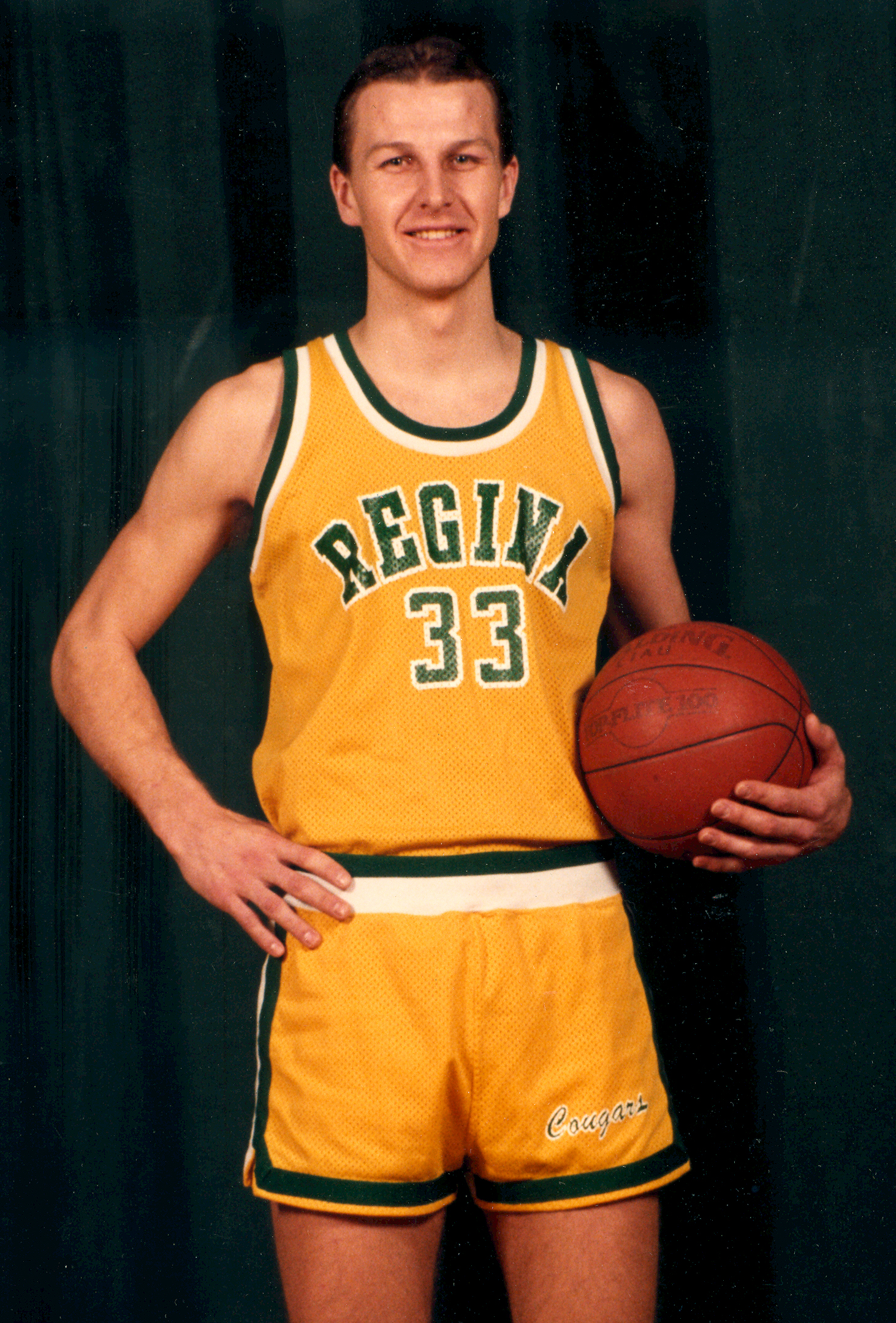 When Chris Biegler arrived at the University of Regina he led the Cougars basketball program from anonymity and onto the national basketball stage.

With Biegler leading the team, he and his teammates were able to raise the Cougars men’s basketball team from a struggling squad to the No. 2 ranked team in the country during the 1988-89 season.

Before he joined the Cougars, Biegler started garnering attention at Dr. Martin LeBoldus High School – about two kilometres away from the university where he would enjoy basketball glory. He led the LeBoldus senior boys team to a city championship in 1981-82 before repeating that feat the following season and adding a provincial title.

After high school, Biegler initially joined the University of Saskatchewan men’s basketball team before moving to the U of R for the 1985-86 season. Leading the Cougars in the Great Plains Athletic Conference (GPAC), he had an immediate impact, finishing second in conference scoring and rebounding, as well third in the country for scoring.

In the following years, Biegler continued to dominate GPAC play. He remained one of the top scorers and rebounders, in addition to receiving many individual honours. During the 1988-89 season, he finished first in scoring in GPAC and helped his team to victories in the GPAC pre-season tournament and the National Invitational Tournament. Biegler also led the Cougars to the national championships that year – the first and only appearance for the U of R Cougars men’s team.

Biegler had his first taste of international basketball in 1987 when he helped the Canadian men’s basketball team capture a gold medal at the Hapoel Games in Israel. He also competed at a tournament in Greece. Although it was his first taste, it wasn’t his last. Biegler parlayed his university success into a contract to play professionally during the 1989-90 season with Bayer Leverkusen in the First Basketball Bundesliga, the top professional basketball league in Germany. He helped his team capture the league and German Cup championships.