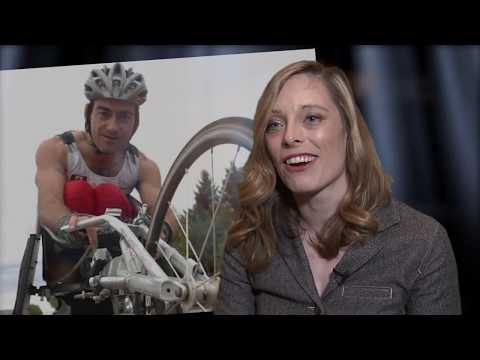 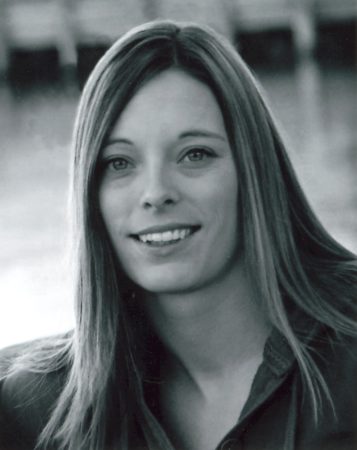 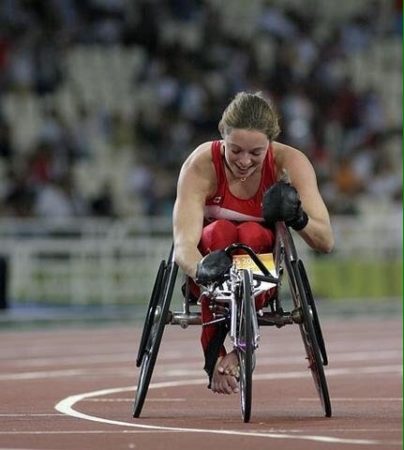 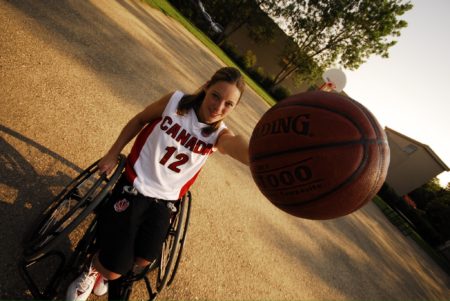 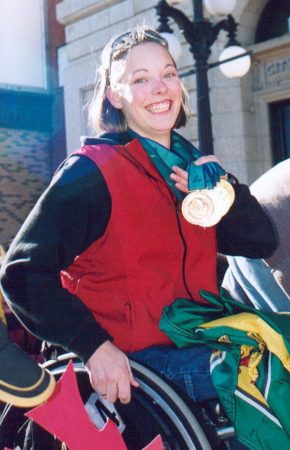 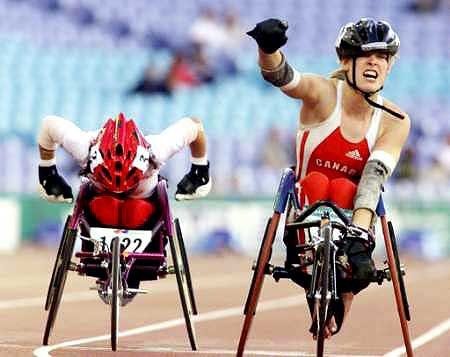 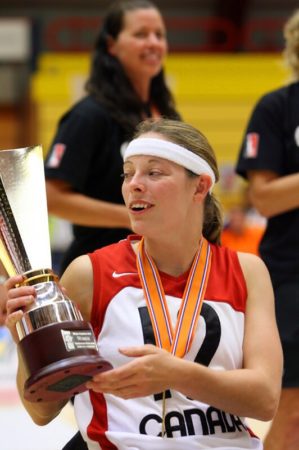 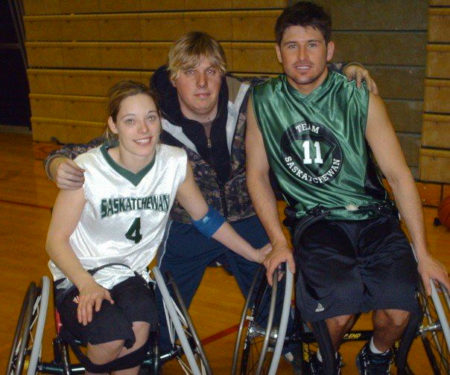 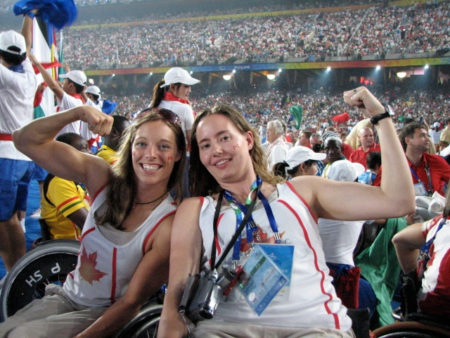 Judging by how quickly she picked up the sport of wheelchair racing, Lisa Franks is a quick learner. Based on her results, she’s also quick on the track.

Until the age of 14, Lisa was an able-bodied athlete active in many sports. After a medical condition left her paralyzed, she didn’t turn away from the world upset about her fate. Instead, she turned to wheelchair sports.

Franks was introduced to wheelchair rugby in the hospital, but a chance meeting with the late Clayton Gerein, a fellow inductee into the Saskatchewan Sports Hall of Fame, soon steered her towards wheelchair racing.  Under Gerein’s guidance and the support of the racing community, Lisa quickly climbed the ranks. In addition to dominating events in Canada, Franks enjoyed great success outside the country.

Just four years after taking up the sport, Franks raced her way to four gold and one silver medals at the 2000 Paralympic Summer Games in Sydney, Australia. Her results cemented her place among the world’s best. It was a position she wouldn’t relinquish for many years.

In search of new challenges, Franks turned back to basketball – one of her favourite sports growing up. She began competing with Team Saskatchewan in 1998 and eventually transitioned to the Canadian national team in 2005. In doing so, Franks became the first female from Saskatchewan to make Team Canada.

As with wheelchair racing, Franks and her teammates enjoyed plenty of success on the basketball court. In 2006, she added another world title to her resume when Team Canada took top spot at the Wheelchair Basketball World Championships in Amsterdam, Netherlands.

Those winning ways continued the following year as the team captured a silver medal at the 2007
Parapan Am Games in Rio de Janeiro, Brazil.  Preparations continued for the 2008 Paralympic Summer Games in Beijing. Although Team Canada enjoyed a successful year, the players finished just off the podium in fifth place at Franks’ third and final Paralympic Summer Games. An injury ended her national team career in 2010.

In her role as an athlete and a builder in wheelchair sports, Franks has been recognized with many awards and honours. She was inducted into the Moose Jaw and District Sports Hall of Fame in 2015 and was a member of the Team Canada basketball squad that was inducted into the Canadian Wheelchair Basketball Hall of Fame in 2007. Franks also received an honorary doctorate from the University of Regina in 2009.