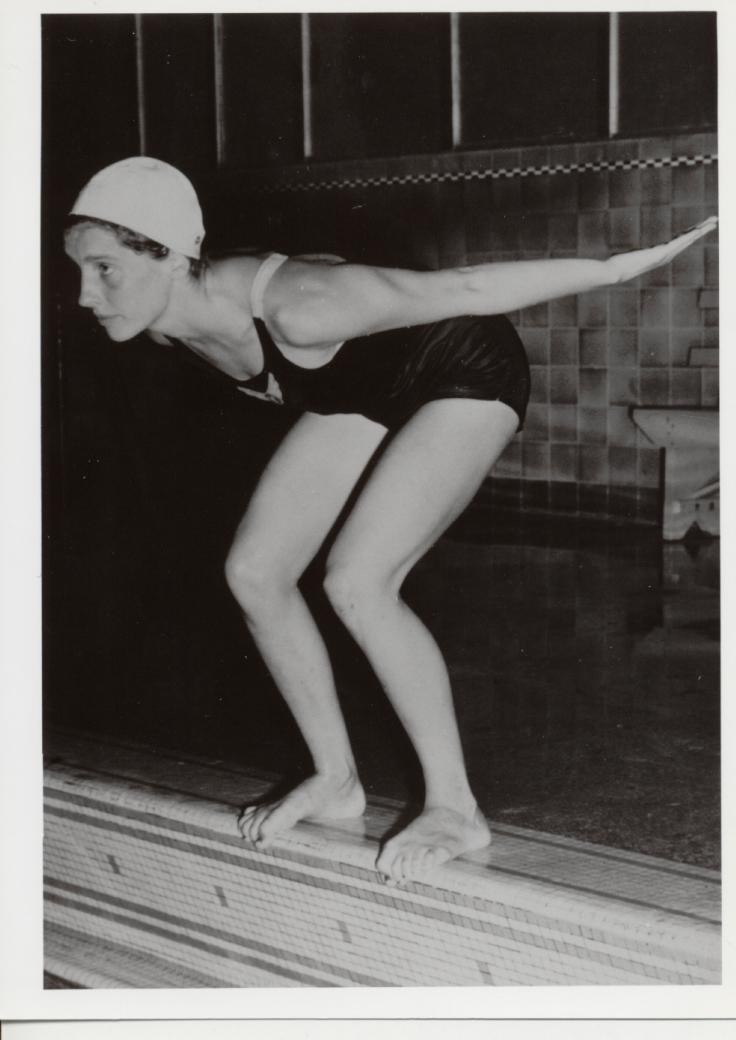 During her competitive career, Betty amassed a total of 253 first place finishes and broke many provincial and one Canadian record while participating in events like the Olympic Trials, the Commonwealth Trials, and the National Synchronized Championship.

As a sport builder, she was head coach for two local swim teams in Regina; first, she lead the YWCA Synchronettes from 1953 until 1959 and the YMCA and YWCA Amateur Swim Club from 1960 until 1967. Under her coaching, swimmers broke numerous local, provincial and national records.

Betty has also served as Southern Vice-President for the Saskatchewan Section of the Canadian Amateur Swimming Association (C.A.S.A.) from 1950 to 1953 and was Founding President of the Saskatchewan Amateur Synchronized Swimming Association in 1957. In 1957, she was hired as the Executive Technical Director for the C.A.S.A. Betty has also served as Coordinator for the Organizing Committee and Chairperson of Officials for the Western Canada Summer Games (Regina, 1975), the Canada Cup (Regina, 1975) and the Commonwealth and World Championship Trials (Regina, 1978). In addition, she was a member for a drug protocol at the Canadian World Championship Trials at Montreal in 1989.