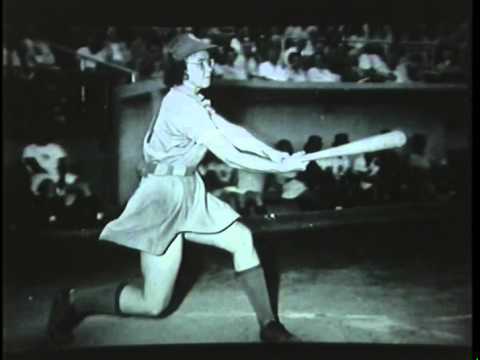 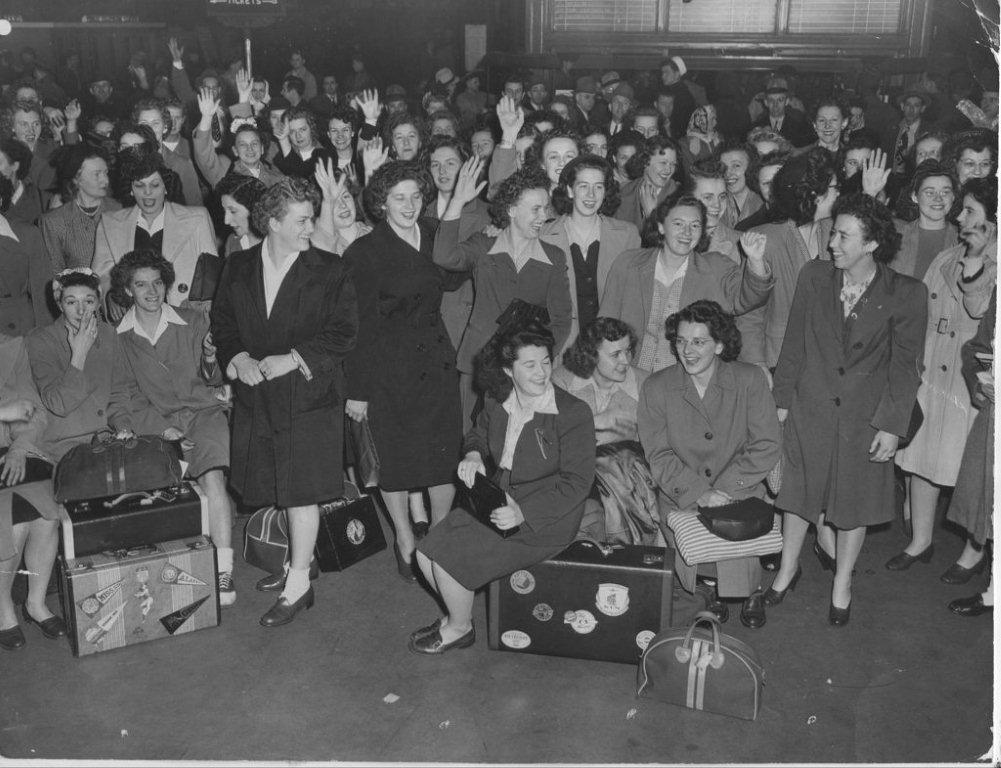 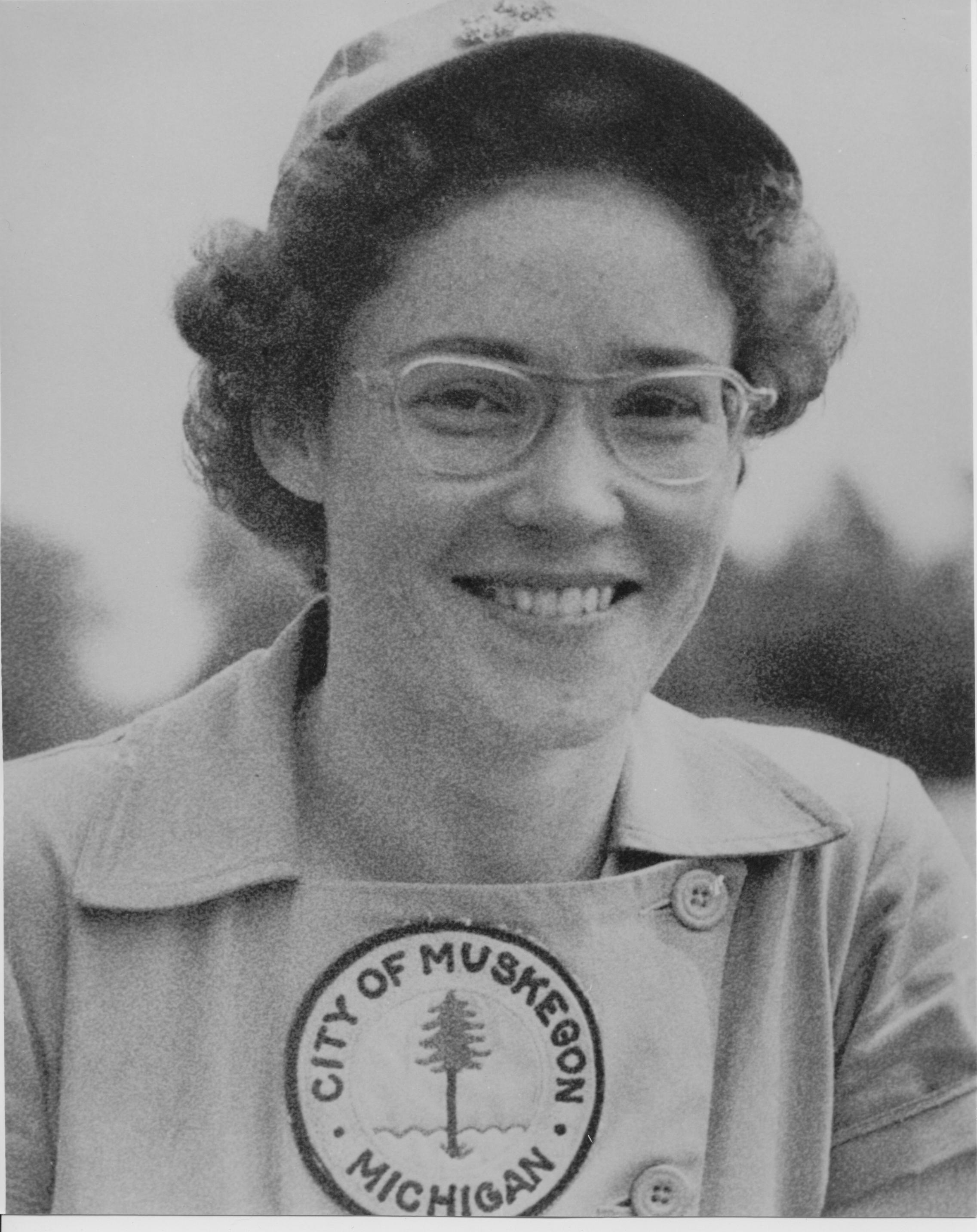 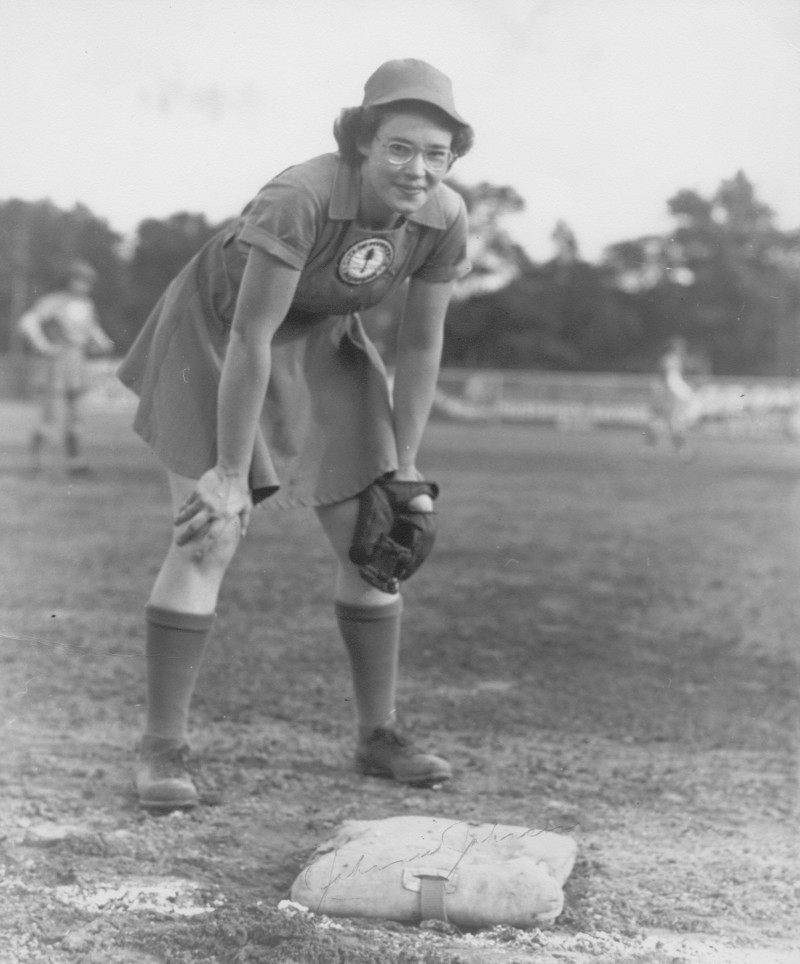 Arleene Noga began playing softball in high school.  In 1945, she was scouted from Regina and tried out for the All American Girls Professional Baseball League.  Starting with the Fort Wayne Daisies, Noga became a Muskegon Lassie in her second year.