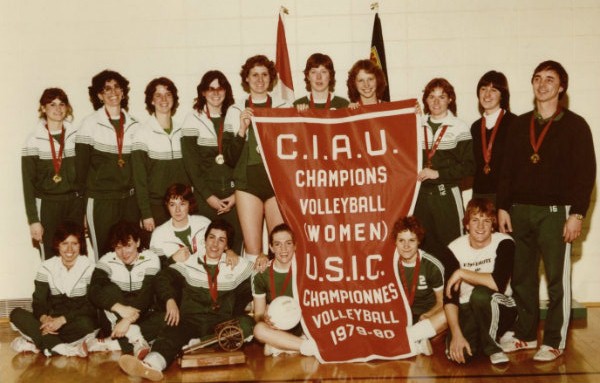 The Huskiettes dominated the Canada West league throughout the season. Taking a 16 win to 0 loss match record into the CIAU National Championships the defending champion Huskiettes hoped to stake a claim to the National title with a perfect unbeaten record. But it was not to be. At the CIAU’s the University of Ottawa Gee Gees easily upset the Huskiettes in the preliminary round robin. But from that match on the Huskiettes took charge, overpowering all their opponents to qualify for the finals and a rematch with the Gee Gees. In the gold medal match the Huskiettes downed their eastern rivals handily three games to one.