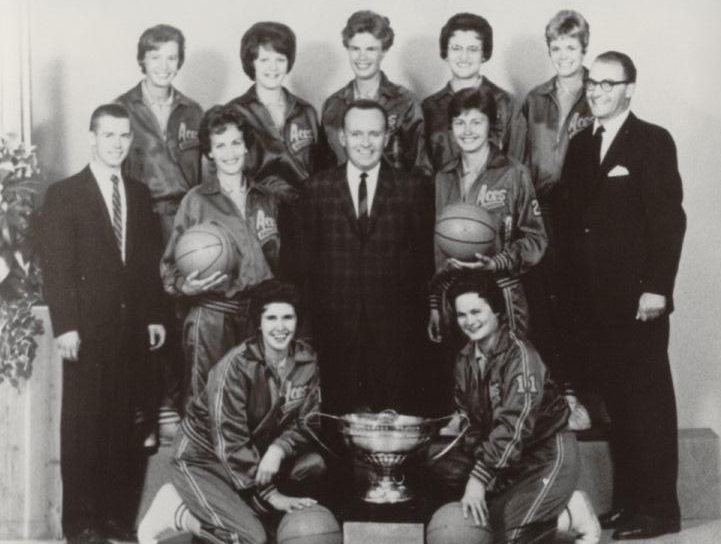 In 1963 the Aces once again dominated the Saskatchewan league. Led by coach, Bob Stayner the team advanced on to the Canadian Women’s Basketball championships held in Kelowna. The double knockout tournament consisted of three teams: the Okanagan Meikle Teddy Bears, Edmonton Jasper Auto and the Aces.

The Aces started off the tournament on a high winning against the Teddy Bears in a 44-43 victory with 14 points coming from Judy Jenkin and 11 points from Diane Hanysh.

In the next matchup the Aces cruised to a 43-29 victory over the Jasper Auto with eleven points coming from Judy Jenkin, Faye Herrick and Ruth Budney. The Aces continued on to the championship final where they would once again face the Teddy Bears. In a close contest the Aces seized the championship with a 48-42 victory over the British Columbia representatives. Contributing to the victory, Judy Jenkin once again was the scoreboard leader with 15 points, along with Diane Hanysh who recorded 12 points.

Installed in the Saskatchewan Sports Hall of Fame in 1974.