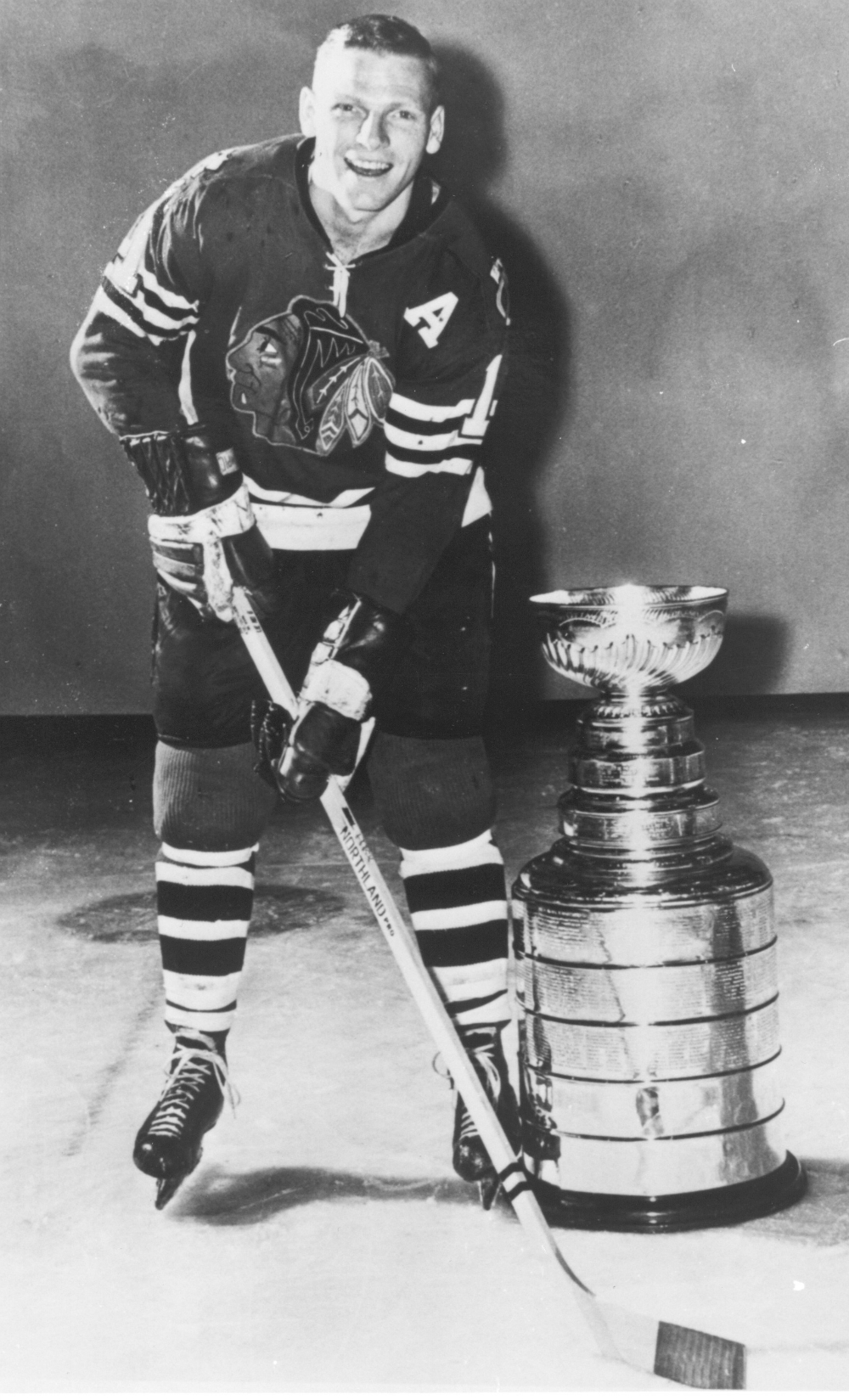 William “Red” Hay played hockey with the University of Saskatchewan Huskies and the Regina Pat Juniors before moving to the Colorado College Tigers in 1955.

In 1959, Bill joined the Chicago Blackhawks and played on what would become known as the “Million Dollar Line” with Bobby Hull and Murray Balfour.

During his rookie season, Hay won the Calder Trophy as top rookie.  The next year, he became the Blackhawk’s top scorer and led them to a Stanley Cup victory.  He gathered a regular season total of 113 goals and 273 assists in 506 games and played on the National Hockey League All-Star Team  in 1960 and 1961.