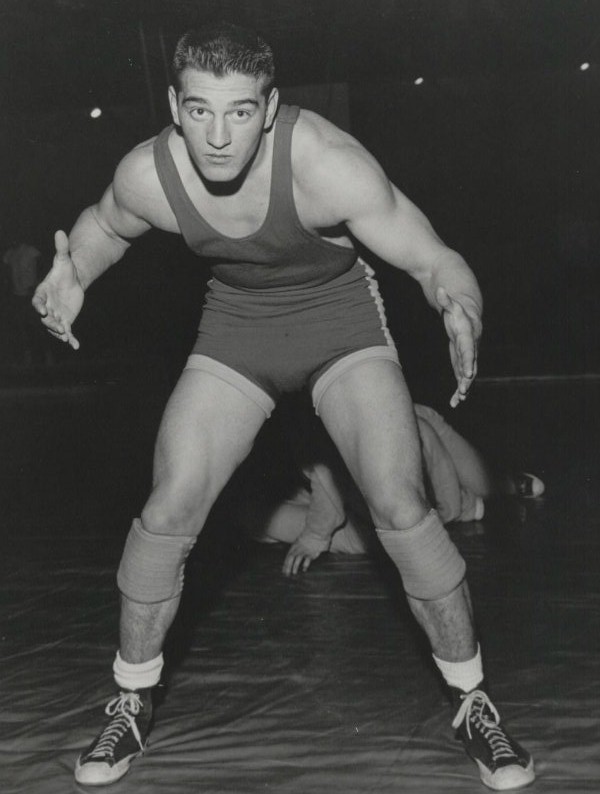 Butch Donison, the youngest of the Donison brothers, was born near Avonlea, Saskatchewan. His career as a wrestler spanned fifteen years during which time he compiled an outstanding record. Donison was the first Canadian wrestler to have competed in every weight class in Provincial competition, placing first in all except one.

Between 1953 and 1967 Donison won thirteen Provincial Championships, and placed second on two occasions. At the Canadian level he won titles in 1955 as a featherweight and in 1966 and 1967 as a middle weight. He twice placed second at Nationals, in 1958 and 1963.

At the 1966 British Empire and Commonwealth Games in Kingston, Jamaica, Donison captured the silver medal in the middle weight division.

Donison attended the University of Denver on an athletic grant and placed second in the conference wrestling championships on three occasions and second in the Rocky Mountain Region Amateur Athletic Union Championships.

After his last Canadian title in 1967 he retired from active competition. In addition to his participation as an athlete he was also involved as a coach at the Regina Wrestling Club between 1965 and 1967 and coached the University of Regina wrestling team in 1968 and 1969.