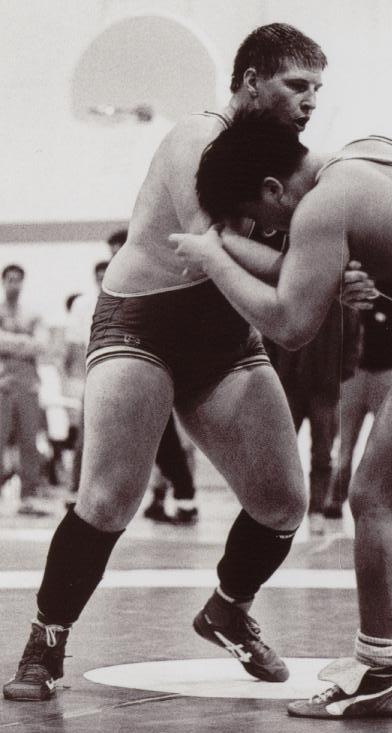 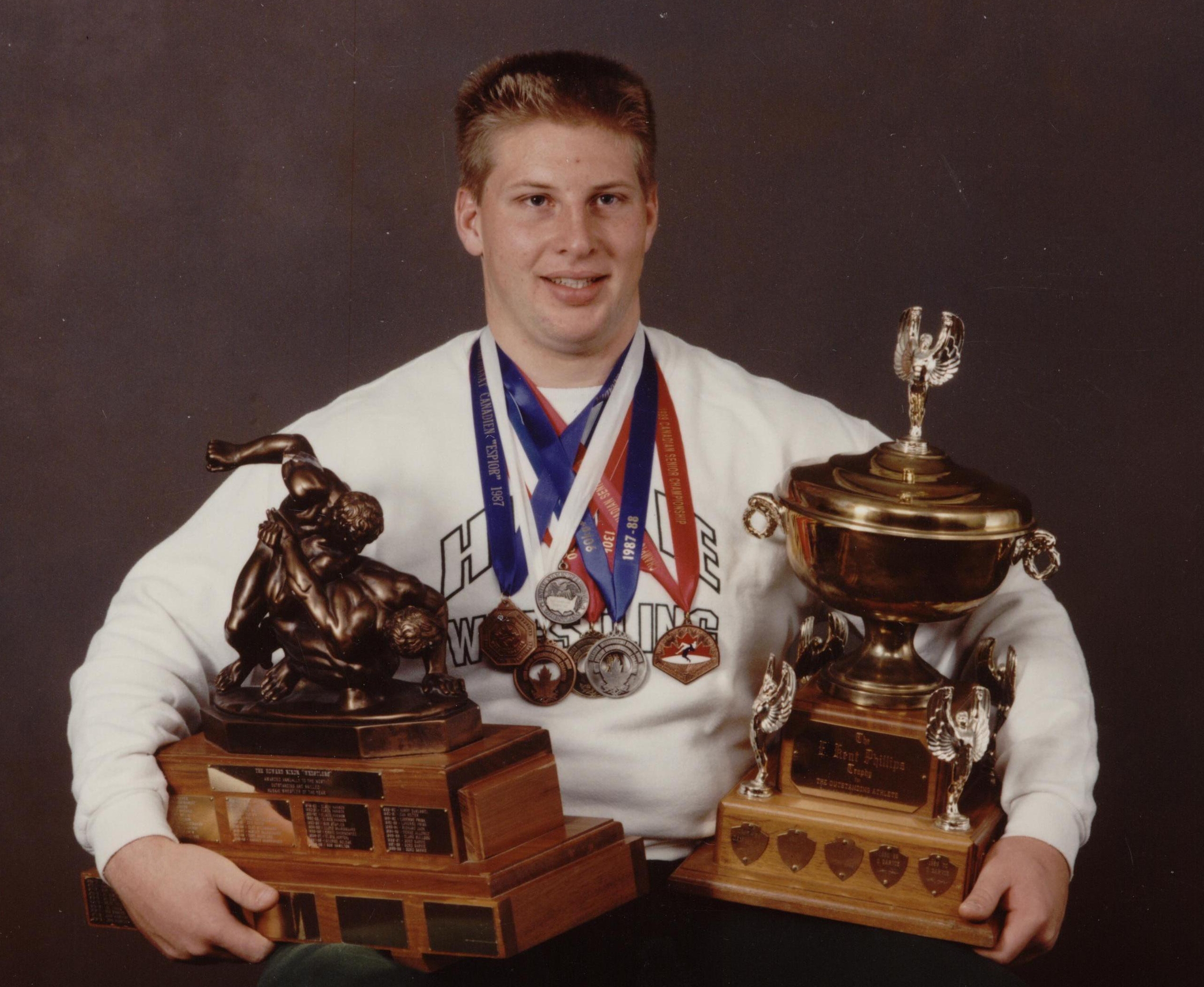 Originally from Langenburg, Saskatchewan, Scott Reeves first moved to Saskatoon to complete his grade twelve year at Bedford Road Collegiate. It was there that he took up the sport of wrestling. While he had competed in other sports prior to that, wrestling proved to be a perfect fit.

Reeves was also a member of the Huskies’ Football team from 1989 through 1991, playing on the defensive line. As a member of the team in 1990, he helped the Huskies win their first-ever Vanier Cup title. In recognition of his accomplishments in two sports, Scott was named the University’s Outstanding Male Athlete that same year.

Reeves graduated from the U of S with degrees from both the College of Physical Education and the College of Education. In 2007, his University accomplishments were honoured when he was inducted into both the Saskatoon Sports Hall of Fame and the University of Saskatchewan Athletic Wall of Fame.

After finishing university, Reeves stayed in Saskatoon to work as a high school teacher. He continues to share his knowledge and love of sport as a coach in both football and wrestling.