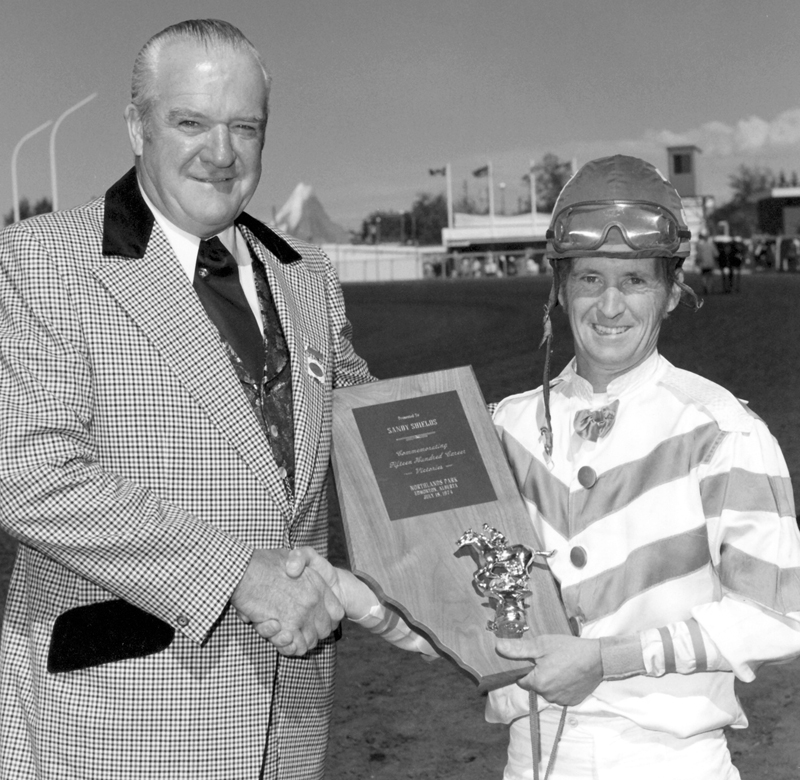 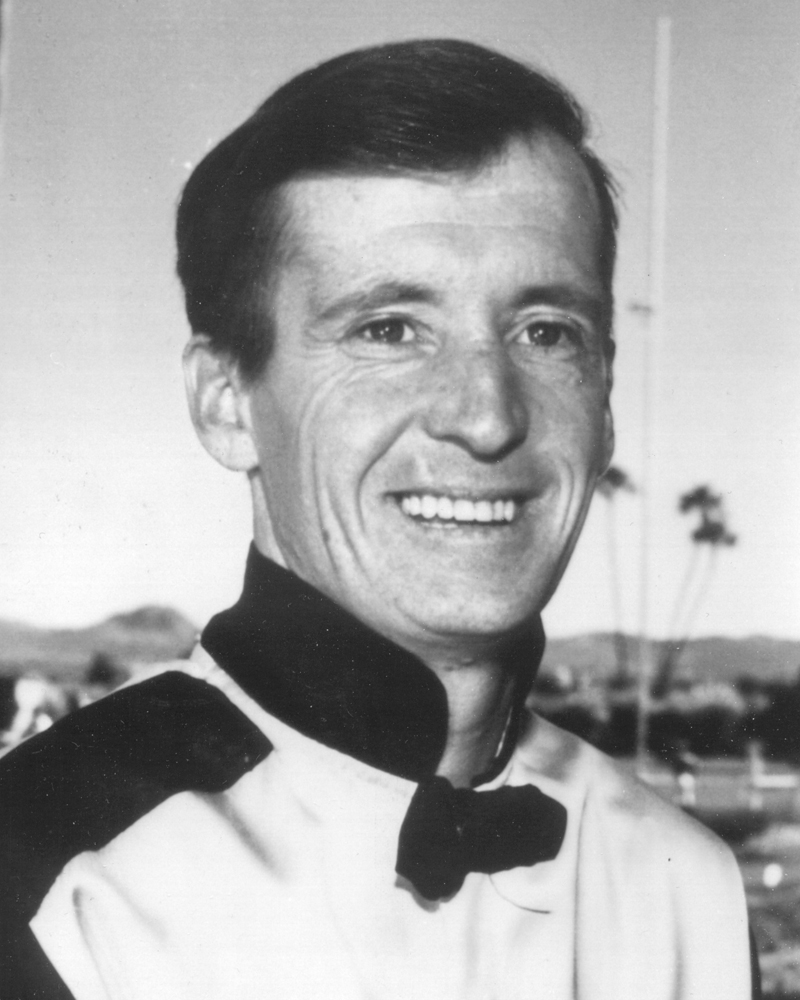 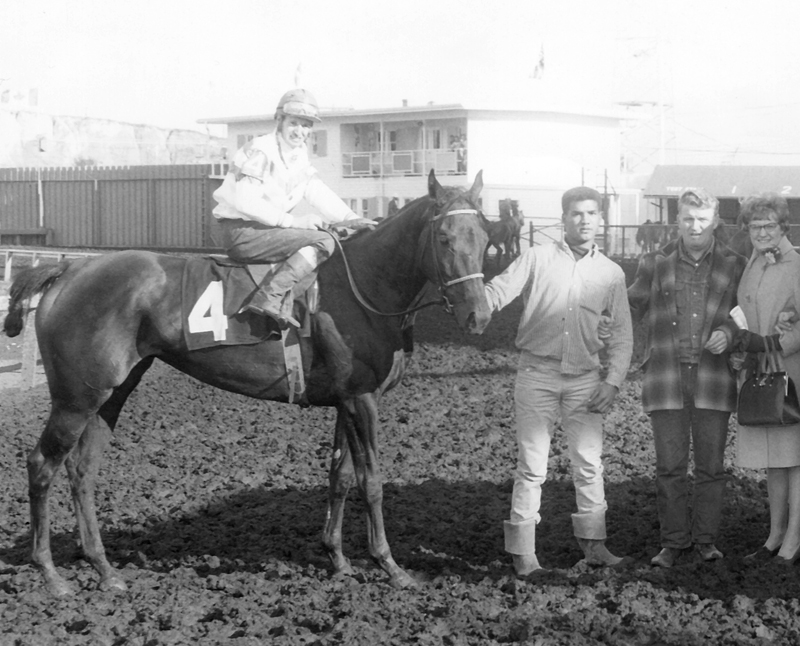 Sandy Shields grew up around horses on his parents’ Somme, Saskatchewan farm.  His racing career began shortly after he answered an ad for a stable worker in Winnipeg.  Soon he moved on to exercise boy and apprentice jockey winning his first race on Thrifty Miss on June 14, 1957.  Sandy readily became the Western Canadian thoroughbred racing’s favourite jockey and demonstrated his riding expertise by winning five races on one card an amazing six times.

Sandy soon became known as the “King of the Half-milers” for his propensity of bringing home so many winners on the smaller tracks in western Canada.  His record of 1,509 wins, 1,303 places, and 1,148 show finishes on 8588 mounts with over $1.8 million dollars in purses won is an amazing accomplishment.  Another one of his favourite memories is his capture of Western Canada’s Triple Crown in 1965 when he rode Chariot Racer to victories in the Canadian Derby, the Saskatchewan Derby, and the Alberta Derby.

Shields competed at several international tracks including Caliente, Mexico, and in Spokane, Phoenix, Bay Meadows, and Santa Anita in the United States.  During his entire racing career he was never set down for racing infractions and was known for his consistency in riding regardless of the horses’ abilities.

Shields established himself as one of the finest jockeys that has ever appeared on the Western Canadian racing circuit.  In 1996, he was honoured with induction into the Alberta Sports Hall of Fame.