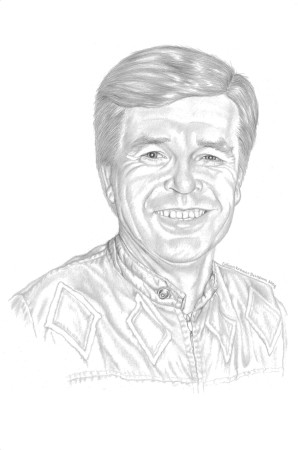 Ray Remmen drove from Saskatoon to New Jersey, with a few stops in between. The journey took him more than 20 years.

Remmen’s harness racing career began at the age of eight when he started jogging and driving horses for his grandfather at Marquis Downs in Saskatoon. From 1966 to 1975 Remmen raced and trained horses in Saskatoon and Regina, becoming a key player in the growth of harness racing on the Prairies. Among his many triumphs were three victories at the Western Canada Pacing Derby in Edmonton, including the 1975 race when he posted the first sub 2:00 mile out West.

Moving on to New Jersey in 1976, he continued his success south of the border. Remmen won the very first race at the Meadowlands Racetrack as harness racing made its debut. He made history at the track again in 1981 when he drove Shiaway St. Pat to victory in the 56th edition of the prestigious Hambletonian – the first to be held at the Meadowlands.

Remmen enjoyed one of his most successful years in 1990 training and driving Beach Towel, who was named the Harness Horse of the Year after earning victories in 18 of 23 starts. Victories in prestigious races such as the Little Brown Jug, American National, Meadowlands Pace, Delvin Miller Adios, Breeder’s Crown and the Prix d’Ete helped the three-year-old pacing colt become the first standardbred to win more than $2 million in one year.

Besides his duties as a driver, Remmen has become one of the top trainers in the sport. Along with his brother, he operates the most successful stable at the Meadowlands. He has recorded more than 2,800 wins as a driver, along with more than $34 million in career earnings.