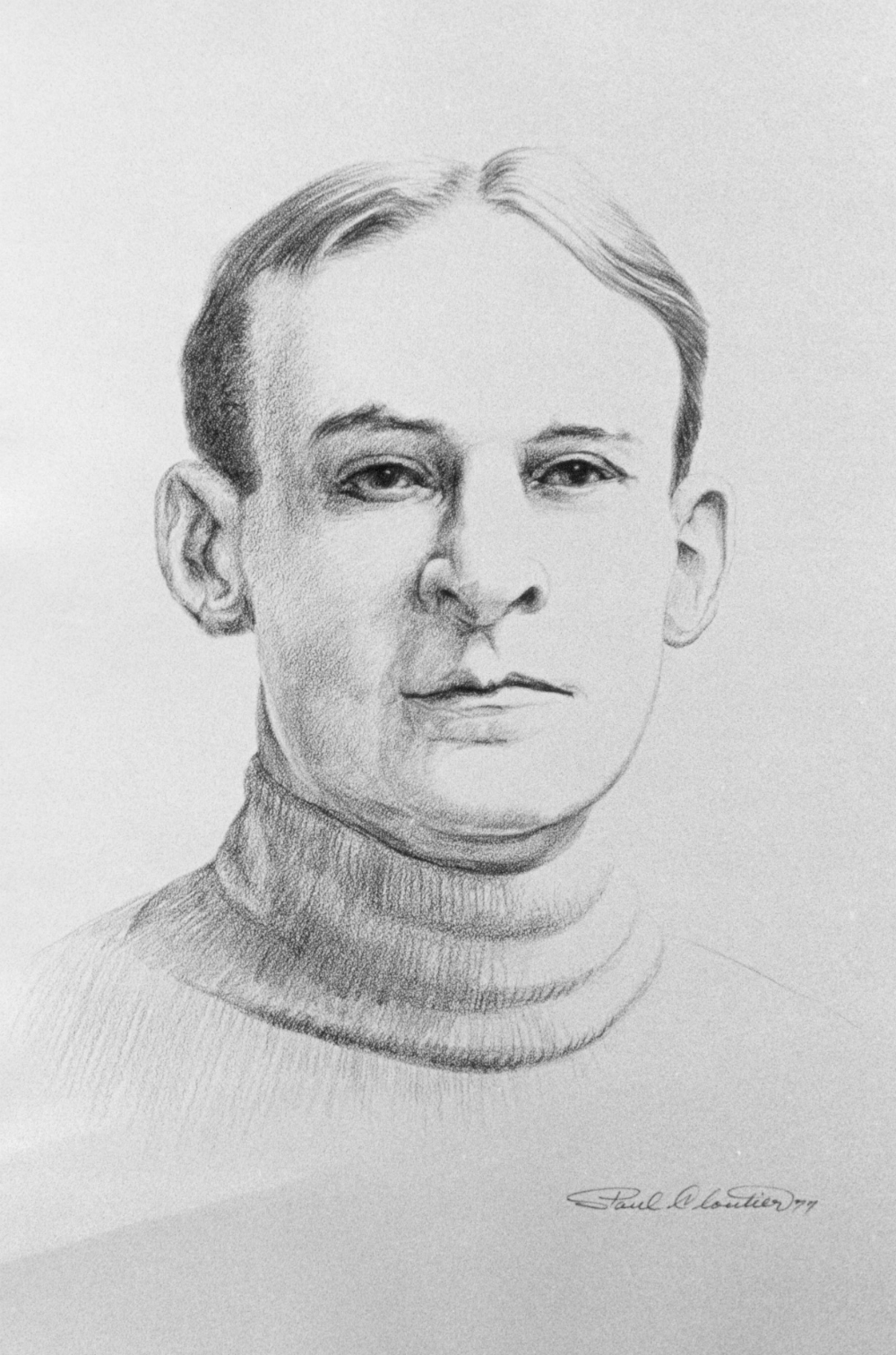 Samuel “Rusty” Crawford was billed as one of the greatest hockey players of his time.

During a career of over 21 seasons in professional hockey, Rusty never missed a game due to an injury.  He was a member of 3 Stanley Cup championship teams – twice with the Quebec Bulldogs and once with the Toronto Arenas.

Rusty’s greatest single accomplishment was the climax to his 1912/13 season with the Bulldogs.  In the final game of the series against Toronto, a game that lasted 112 minutes, Rusty not only scored the winning goal but was on the ice for the entire duration of the game.

Crawford was inducted into the Hockey Hall of Fame in 1962.