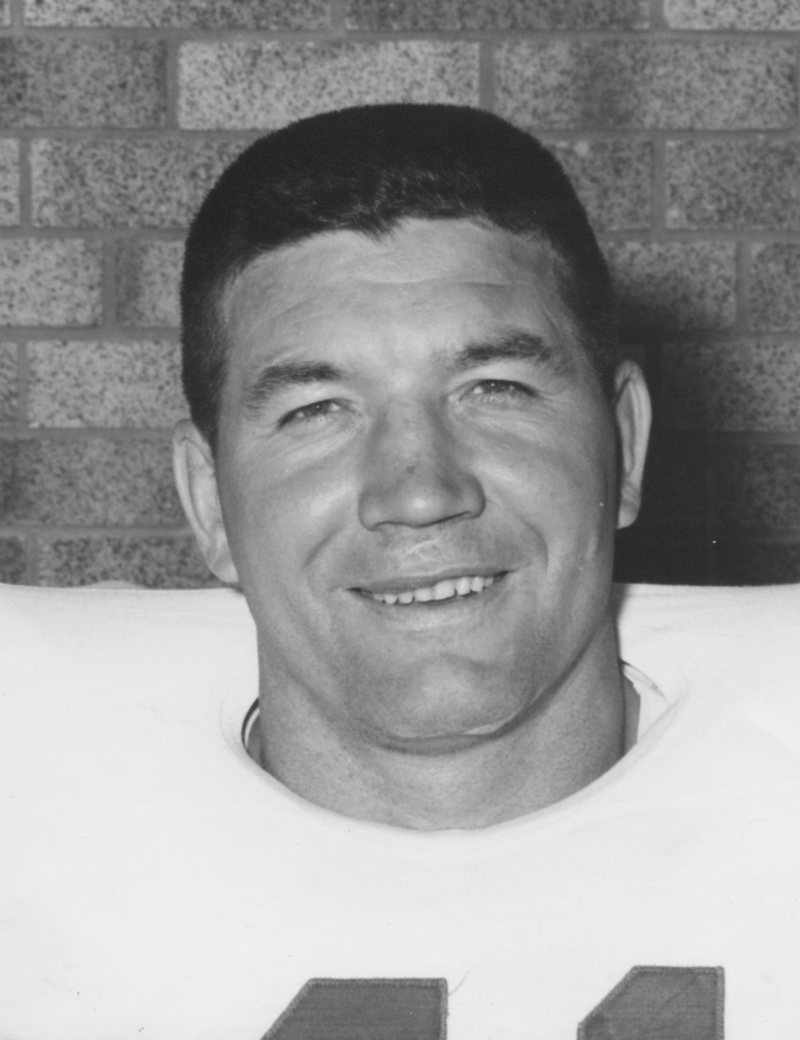 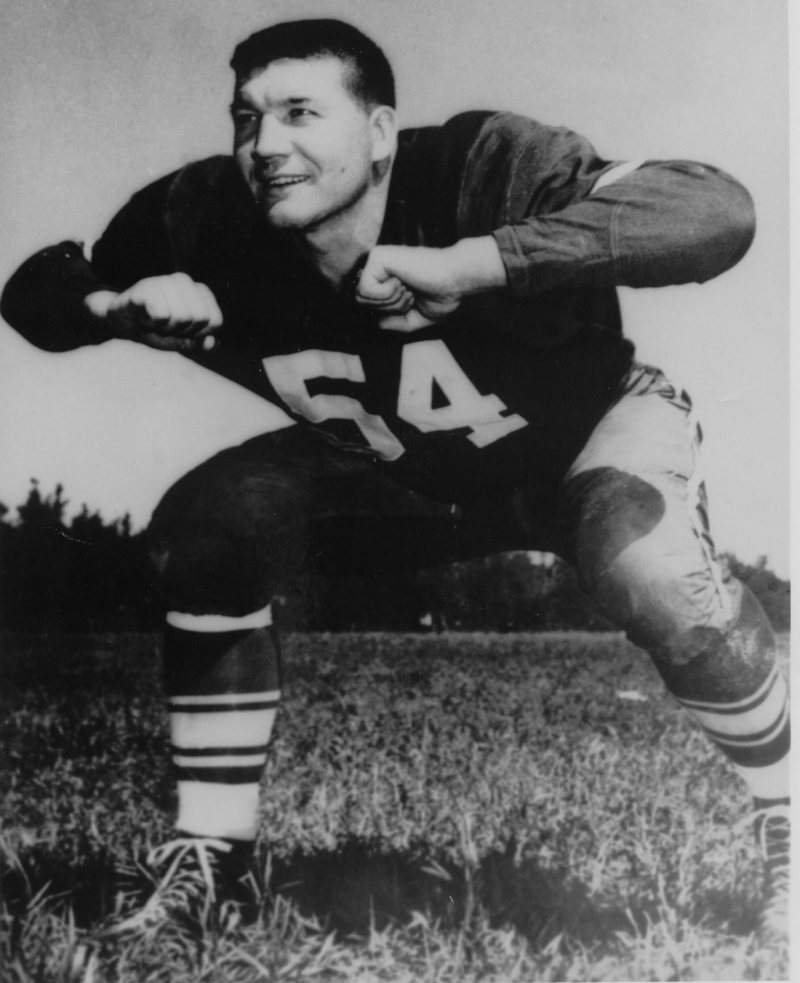 Ron Atchison started off his football career with the Saskatoon Hilltops of the Canadian Junior Football League and played with them from 1947-49 before deciding to voluntarily tryout for the Saskatchewan Roughriders.

After an impressive tryout Atchison joined the team in 1952 and from that point on played for 17 years, whereupon he made a profound impression in Professional Canadian football.

Atchison was known as one of the ‘rocks’ in the Canadian game and so, naturally, he was an outstanding middle guard and defensive tackle for the Saskatchewan Roughriders. In 1956, his fifth season of play, Ron was named to the All-Western Team as middle guard. Atchison repeated this feat from 1960-63. When the middle guard position disappeared from the football lexicon, he was voted All-Star Defensive Tackle.

In recognition of his greatness, his junior team, the Saskatoon Hilltops, named their practice field and permanent quarters after him in 1976.

Inducted into the Saskatchewan Sports Hall of Fame in 1980.