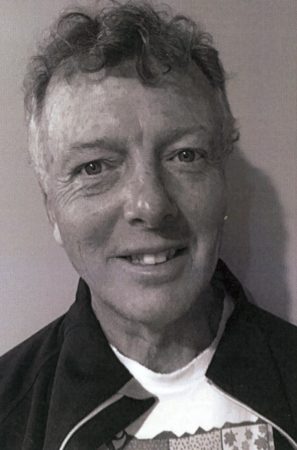 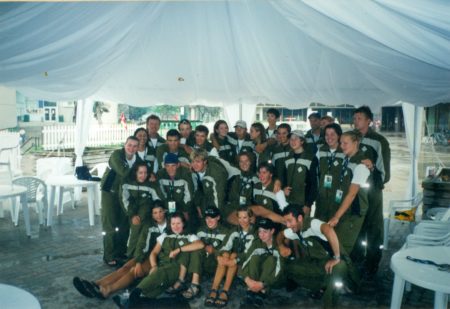 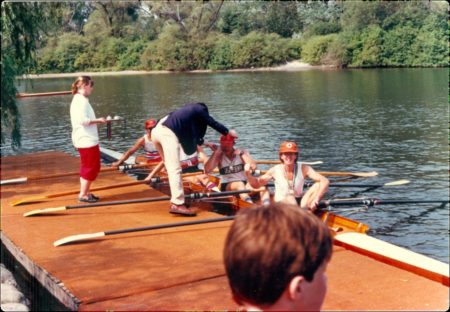 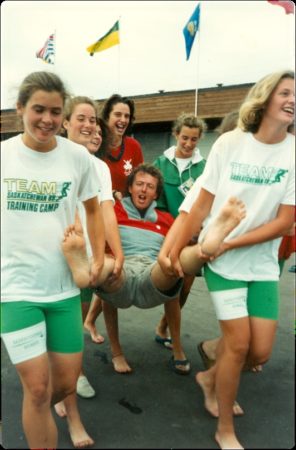 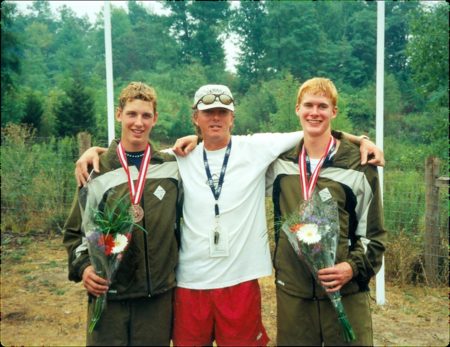 Robert “Bob” Haver didn’t begin rowing until 1972. Although he started late in the sport, he quickly built a rowing career. Then, he helped others in the province do the same.

Now he’s being inducted into the Saskatchewan Sports Hall of Fame as a builder for the sport of rowing.

Although Saskatchewan is his home, Bob was introduced to the sport in Winnipeg. A chance encounter in a demonstration race at the Saskatchewan Summer Games in Moose Jaw lured him back to the province.

The move allowed Haver to become a member of the first Saskatchewan rowing crew to compete at a Jeux Canada Games in Burnaby/New Westminster, BC in 1973.  It also gave him an opportunity to be part of something much longer lasting. In 1973, Haver was a founding member of the Saskatoon Rowing Club. Forty-six years later he is still involved.

Due to his previous rowing experience, Haver was soon called upon to coach. In time, he worked his way up to becoming an NCCP Level 3 rowing coach and continues in that role with the club.

In 2000 and 2001, his coaching duties expanded to include the provincial rowing team. During this time, with Haver at the helm, the Saskatchewan rowing team enjoyed one of its best years in terms of medal count, participation and standings at the Canada Summer Games and Canada Cup.

Over the course of his rowing career, Bob introduced many young rowers to the sport and subsequently served as their coach. In time, many of these rowers enjoyed successes of their own – often on the world stage. The list includes an Olympic medalist, Pan Am Games medalists, world championship medalists, university medalists and successful participants in rowing competitions around the world.

Haver served as President of the Saskatoon Rowing Club from 1976 to 1979. In addition to being a key volunteer for events and competitions, he’s served in a variety of executive roles since the club was formed. In 2000, Haver was named an Honorary Life Member.

During his time in rowing, Bob has received awards from the Saskatchewan Rowing Association, Rowing Canada and Sask Sport. In 2001, he was a member of the team that received the Jack Pelech Award from the Canada Games Council. This award is presented to the team whose athletes, coaches, managers and mission staff best combine competitive performance, good sportsmanship and friendship.  Haver also had two boats named in his honour at the Saskatoon Rowing Club.