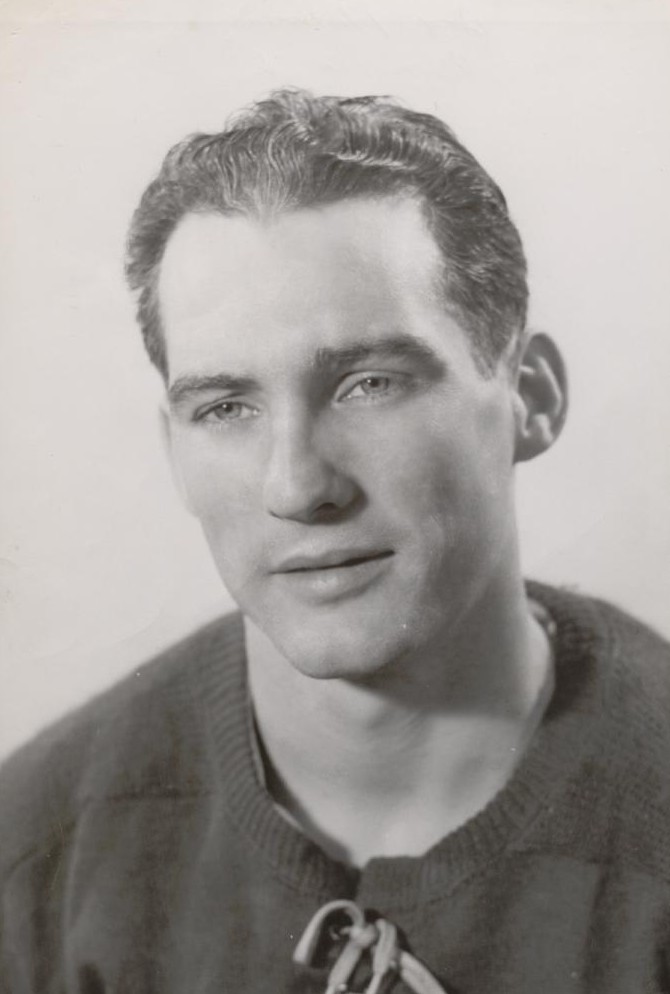 Richard “Dick” Warwick got his start playing minor hockey in Regina and was a member of the Saskatchewan Juvenile champion, Regina Commandos, in 1944.

Dick moved to junior ranks, where he spent time with the Brandon Elks, Humboldt Indians, and Medicine Hat Tigers.  He collected Most Valuable Player honours during his time with the Indians and the Tigers.

Warwick did not go to the professional leagues like his brothers did.  Instead, he moved on to a very successful senior hockey career.  His greatest accomplishment came as a member of the Allan Cup and world champion Penticton Vees with brothers Grant and Billy.