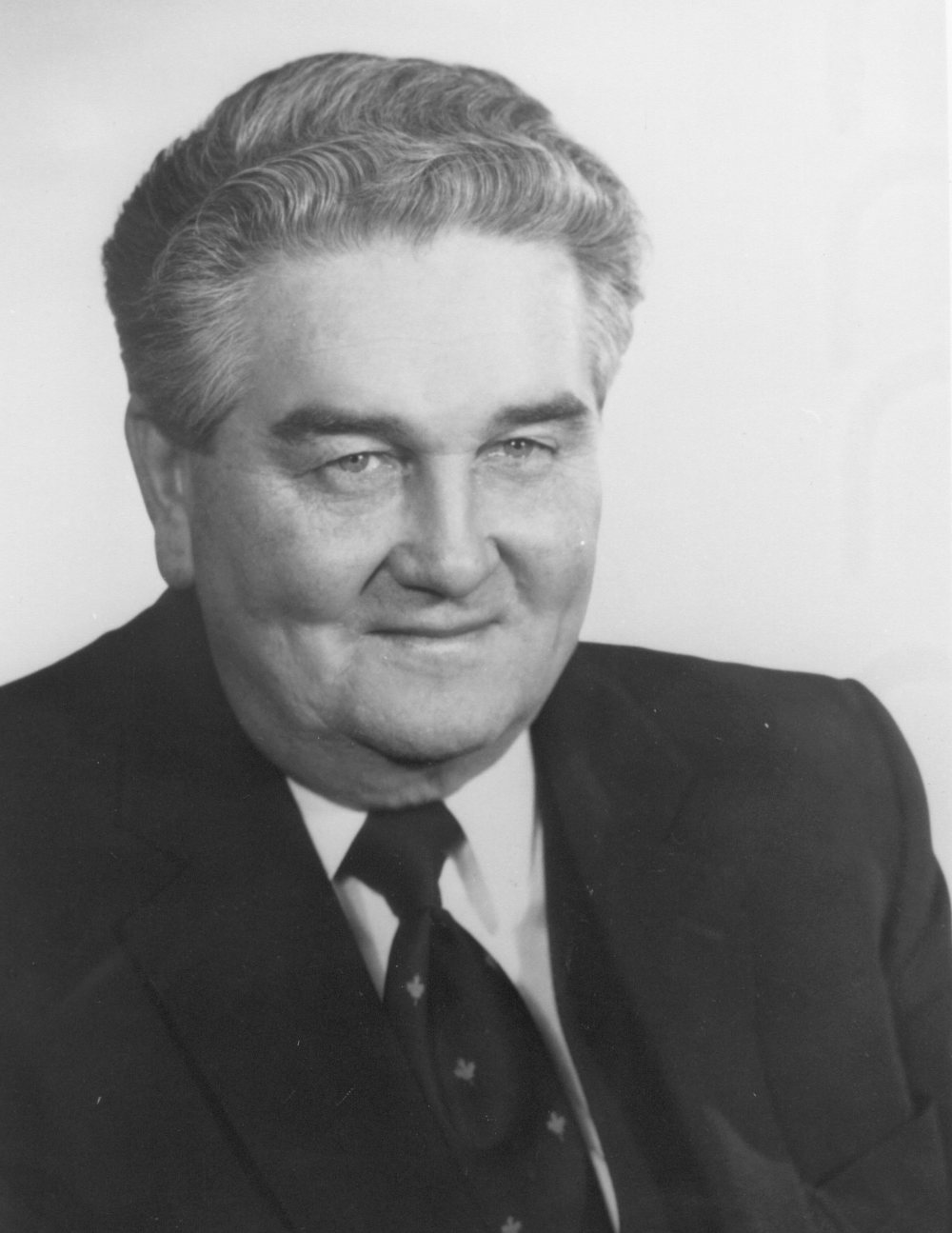 Prior to the Second World War, Scotty Livingstone played junior hockey for the Regina Abott Generals, and attended the New York Rangers Hockey Camp.  Unfortunately due to a serious war disability, Mr. Livingstone’s playing days were over.

Coaching hockey and softball was his next step.  In 1953, Scotty became active in high school football.  In 1961, he joined the Regina Ram organization.  By 1962, he was president.

Over the years Mr Livingstone has chaired every Ram football committee.  He has also been a director of the Saskatchewan Roughriders for 16 years.