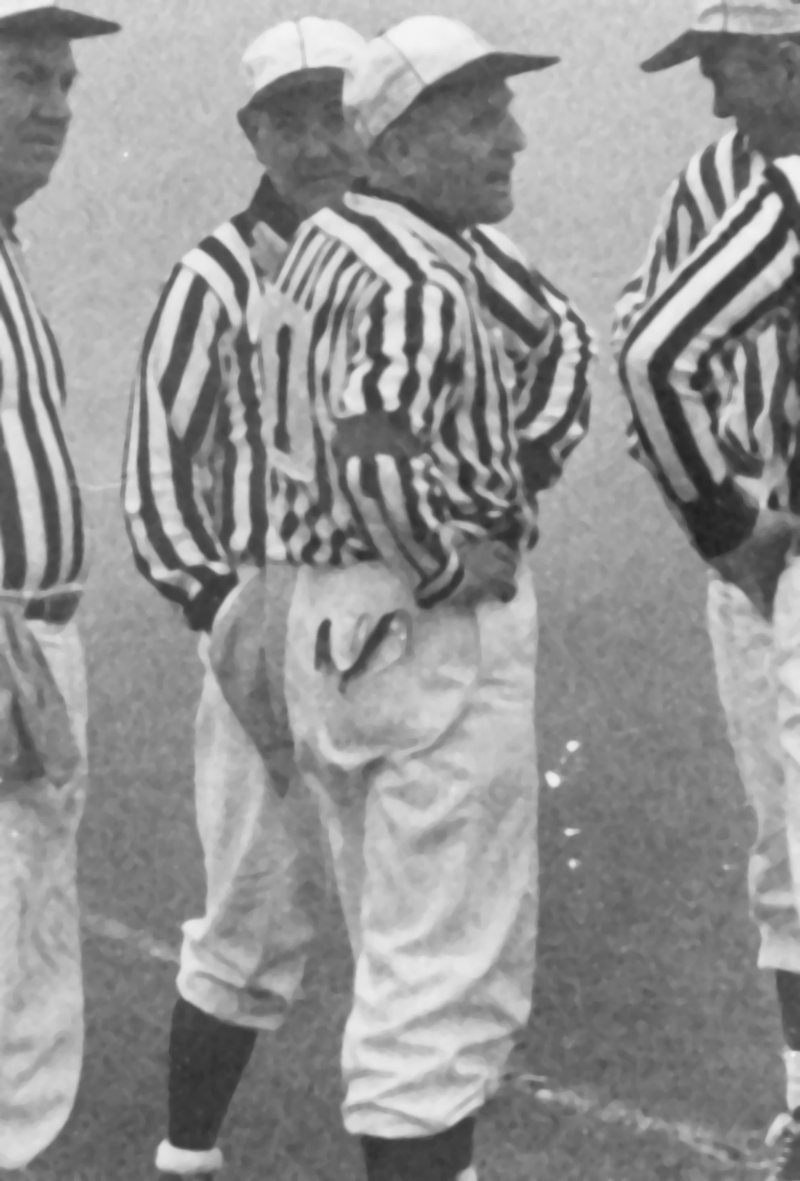 As a youth, Paul Dojack was instrumental in the formation of the Dales Athletic Club, an organization that spawned many sports teams, but most notably the Regina Dales Football Club. He coached the team to four consecutive Western Canadian Junior Championships, and in 1938 led the team to the Canadian Championship.

In 1941, while a member of the Canadian Army, he refereed his first two senior football games. This was the baptism of an official who has come to be recognized as one of Canada’s greatest football referees.

As a professional football referee in the Canadian Football League (CFL), Dojack was one of the longest serving officials. He refereed a total of 546 games, 14 that were Grey Cup finals, including the 1961 overtime game and the 1962 “two-part” Fog Bowl game. Several of his judgment calls have since been added to the CFL rulebook.

Dojack’s recognition as the top official in the CFL, led to his being appointed supervisor for the Western Conference of the CFL following the 1970 season.

Installed in the Saskatchewan Sports Hall of Fame on September 25, 1971.