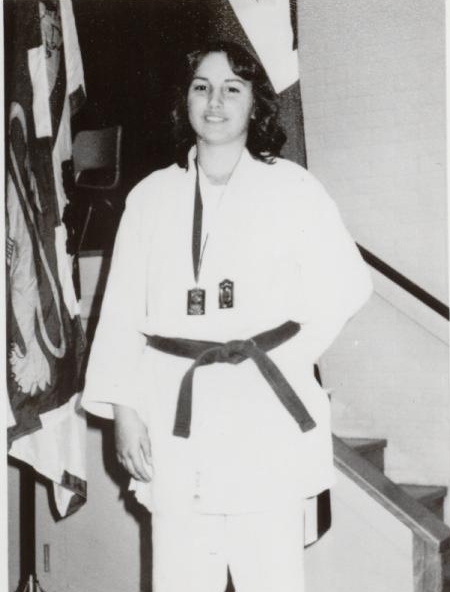 For nearly two decades, Swift Current born Nancy Jewitt-Filteau dominated Saskatchewan women’s judo. During her career, this black belt judoka took home a gold medal from the 1978, 1979 and 1980 Winnipeg Midwestern Championships and captured six consecutive golds at the Western Canada Opens held in Lethbridge between 1976 and 1983. She also placed first in competition at both the 1983 and 1987 Western Canada Games.

Nancy was involved in 12 Canadian National Judo Championships. As a cadet competitor she took two national titles, one at St. John’s in 1978, the other at Prince Albert in 1979. Nancy brought home her first senior national gold in 1980 and took first again at Baie Comeau in 1981, St. John’s in 1983 and Trois Rivières in 1984. She had national silver finishes at Prince George in 1982, Toronto in 1986, Montréal in 1987 and Lethbridge in 1988.

During her career, Nancy also placed well at the Fukuoka International Women’s Judo Championships in Japan, the 1985 Canadian National Exhibition, the 1986 Commonwealth Games in Edinburgh, and the 1986 and 1987 US Open at Colorado Springs.