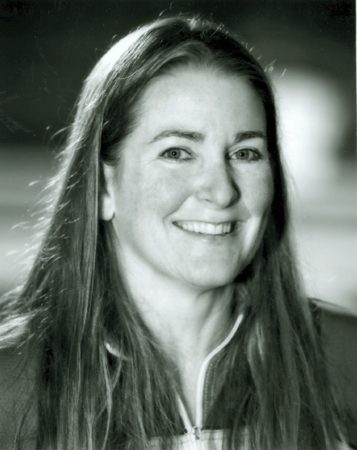 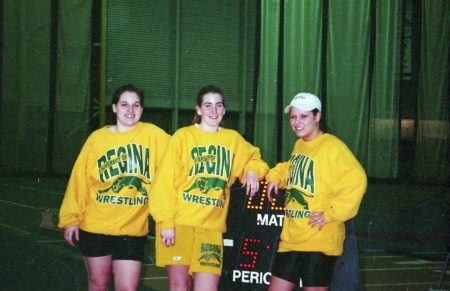 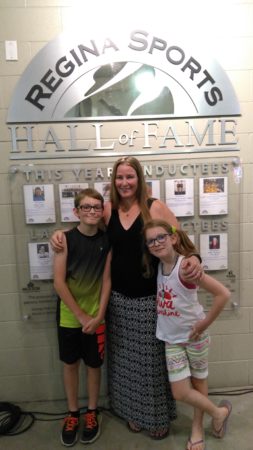 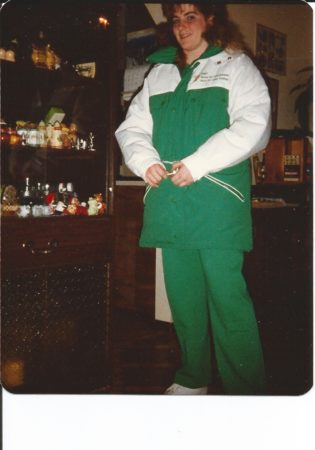 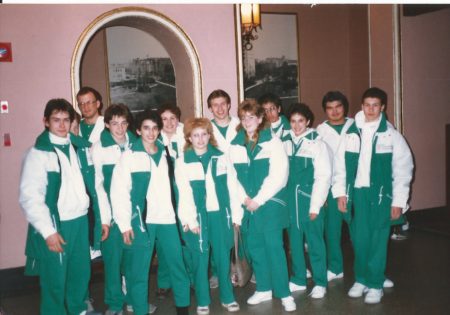 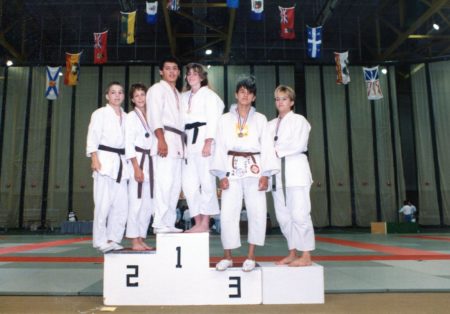 To her judo and wrestling opponents, Kimberly “Kim” Bergey Kaip was a dual threat. Thanks to her success in both sports, she’s now a dual hall of famer as well.

Starting with judo at the age of seven in 1979, Kim went on to excel on the mat in judo and wrestling, becoming a national champion in both sports. Beginning in the early 1990s, they also led her on to the world stage, where she enjoyed success for most of the decade.

Not winning many matches in those days, Bergey Kaip’s early judo career was rather ordinary. However, by her early teens that changed. In 1986, she brought home a bronze medal from her first Canadian Junior National Judo Championships in Nova Scotia. Three years later she improved on that result with a gold in Alberta.

Moving from the junior to senior championships, Kim repeated her climb up the podium. She came home from the 1989 Canadian National Judo Championships in Vancouver with a bronze medal. The next year in Quebec she improved on her position with a silver medal. In Alberta, the site of her previous gold-medal performance, she climbed her way to the top in 1991 to become national champion again.

Despite being highly accomplished in judo, Bergey Kaip was an unknown when it came to wrestling. She was a late bloomer, not taking a serious interest in the sport until her final year of high school. However, she became a groundbreaker for female participation in the sport.

Upon heading to the University of Regina (U of R), Bergey Kaip faced a familiar situation – no female wrestlers. Unlike high school, she was not allowed to wrestle against her male counterparts. Rather than turn her back on wrestling, she formed the U of R Women’s Wrestling Club to encourage greater female participation in the sport.  The club immediately enjoyed success, winning five provincial team championships. Bergey Kaip also enjoyed success as a six-time individual provincial wrestling champion.

Although women’s wrestling was not an official university sport at the time, there was a women’s division at the university wrestling championships. Again, Bergey Kaip and her teammates enjoyed success on the wrestling mat, usually returning with medals.

As with judo, provincial and national success in wrestling led to the world stage for Bergey Kaip.

By the time Kim stepped away from active competition in judo and wrestling, she had won nearly every major championship in Saskatchewan and across the country, in addition to winning most of the provincial awards presented to athletes. In 2017, she was inducted into the Regina Sports Hall of Fame for judo and wrestling.

Kim is no longer involved in wrestling, but still remains active in judo. In 2012, she became the first female in the history of Judo Saskatchewan to achieve her fifth-degree black belt.