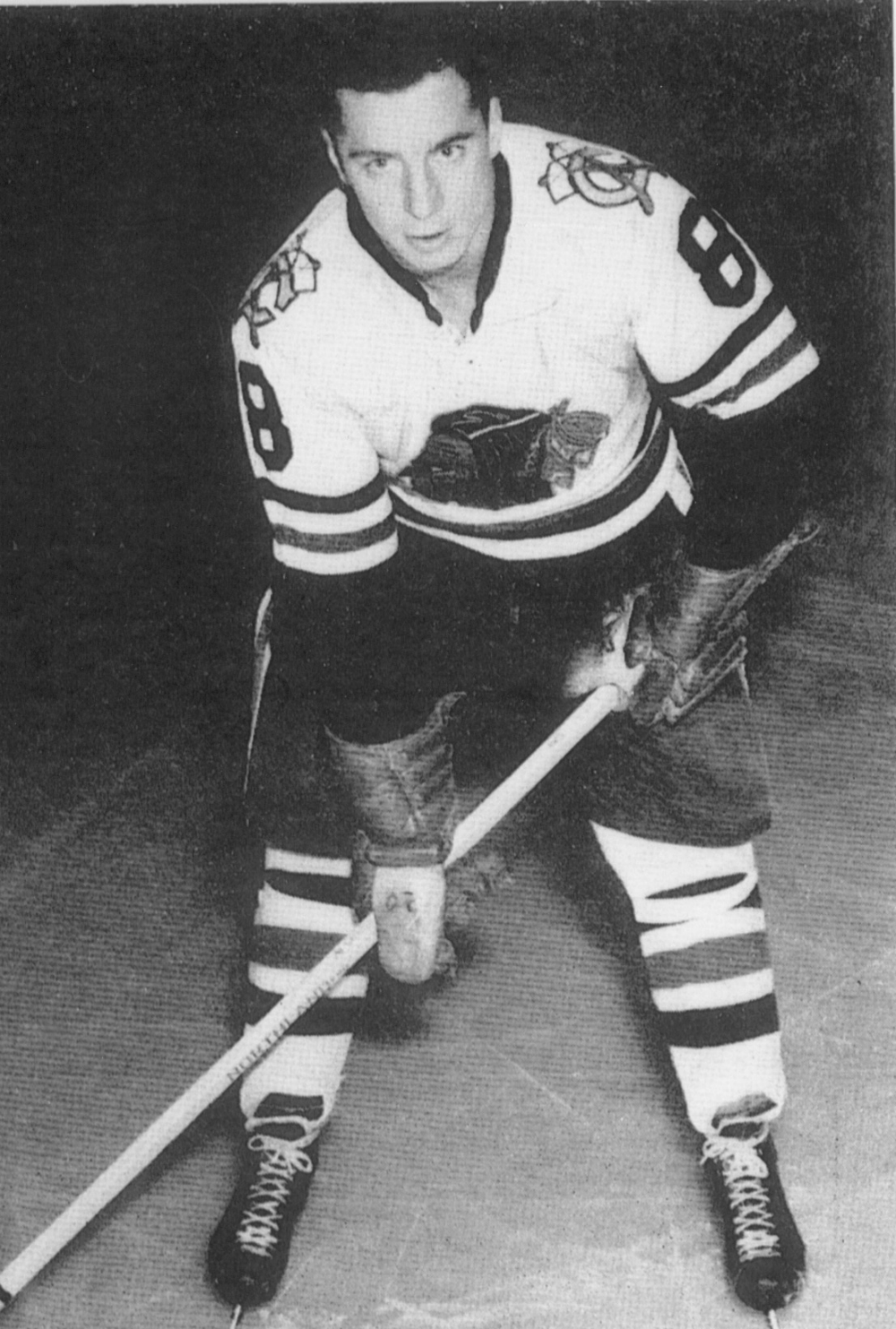 Although Murray Balfour was born in Manitoba, it was in Regina where he first became involved in hockey.  Like so many other Regina residents, Balfour got his start with the Regina Pats organization playing with the Pat bantams in 1949.  Success came quickly as he helped lead the bantam team to provincial championships in the 1949/50 and 1950/51 seasons.

At the ripe old age of 16, Balfour moved up to the Pat juniors and had a distinguished career with the organization from 1952 to 1956.  In that time, the Pats twice won the Abbott Cup and played in two Memorial Cup series.  In his final two seasons with the Pats, Murray was selected to the Western Canada Junior Hockey League (WCJHL) All-Star team.  His Pats’ career saw him play 205 games and register 77 goals and 63 assists. During the fall of 1955 he also found time to play halfback with the Regina Rams.

Murray’s final junior days in the 1956/57 season were spent with the Ottawa Junior Canadiens where he once again appeared in a Memorial Cup series.  He also was called up to the Montreal Canadiens of the National Hockey League (NHL) for two games that season. Balfour played for the Montreal Royals of the Quebec Hockey League in the 1957/58 season and once again spent some time with the NHL’s Montreal Canadiens.

Murray spent the 1958/59 season with the Rochester Americans of the American Hockey League (AHL).  Balfour received his big break when he was traded to the Chicago Black Hawks for the 1959/60 season.  He formed one-third of the famous “Million Dollar Line” which saw Murray play beside Bobby Hull and Billy “Red” Hay.  His 346 games in the NHL resulted in 75 goals and 63 assists.  His best year was the 1960/61 season when he scored 21 goals and added 27 assists.  That year in the play-offs for the Stanley Cup Murray had 5 goals and 5 assists as the Hawks won the coveted trophy.

In 1964, Murray Balfour was traded to the Boston Bruins but health problems arose and he was sent down to the Hershey Bears of the AHL where it was discovered that he had lung cancer.  He passed away at the young age of 28.