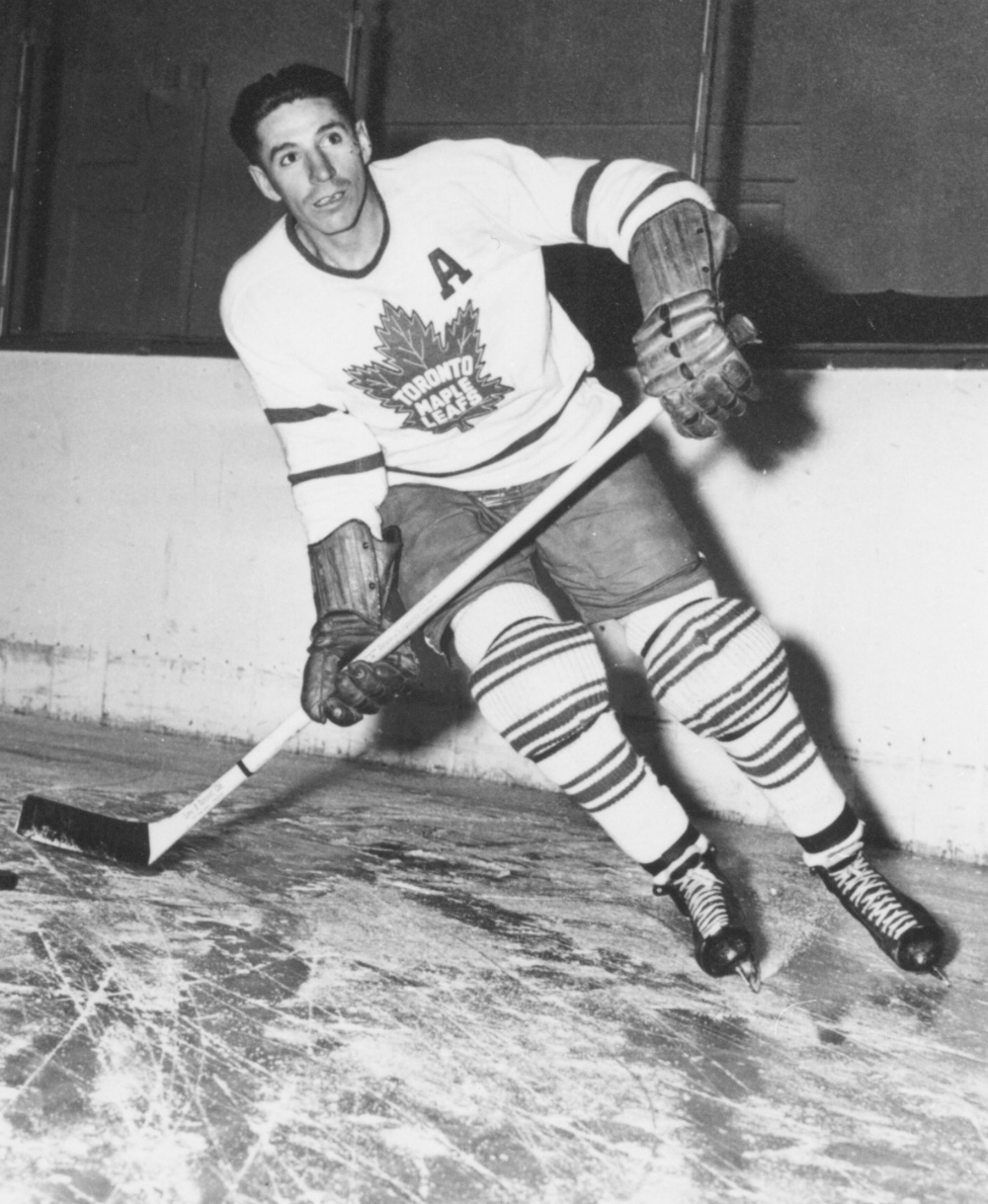 Max Bentley followed his older brothers footsteps and had a lot of success in Saskatchewan as a talented hockey player. As a teenager he joined the well-known Saskatoon Wesley’s Junior Hockey Team for the 1935-36 season.

Max moved on to play for the Rosetown Red Wings. This team were provincial intermediate champions and had three Bentley brothers connected with the team, brother Roy as a coach and Max and Scoop as players. This brother combination was added to and moved to Drumheller, Alberta the next year. Max played for the Drumheller Miners for the 1937-38 and 1939 seasons. At one time during this period there were five members of the Bentley family associated with the Miners.

In the 1939-40 season Max returned to Saskatchewan and played that season with the Saskatoon Quakers. In the 1940-41 season he tried out with the Chicago Black Hawks of the National Hockey League (NHL) and played for the Providence Reds of the American Hockey League. After the Black Hawks were subjected to injuries, Bentley was called up, going on to become one of the best players of his era.

Max, along with his two brothers, Doug and Reg made history as the first all-brother line in the NHL. However the most famous line Max was a part of was the “Pony Line” composed of his brother, Doug and Bill Mosienko. The outstanding quality of this line is possibly best indicated by the fact that all three members of the line have been elected to the Hockey Hall of Fame, with Max being inducted in 1966. In fact the members of the line were so successful that the Toronto Maple Leafs gave up five players in a trade, which gave them Max Bentley, and another player. As a Maple Leaf, Max was instrumental in the Leafs continuation as the Stanley Cup Champions in 1948 and 1949. Additionally, Max was a member of the first NHL All-Star team. Bentley won the Lady Byng trophy, awarded to the most sportsmanlike player, in 1943 and the Hart trophy, for the league’s Most Valuable Player in 1946. Although Max was small, he was incredibly skilled and during his career he scored 245 goals and 299 assists in league play.

Installed into the Saskatchewan Sports Hall of Fame on May 22, 1967.