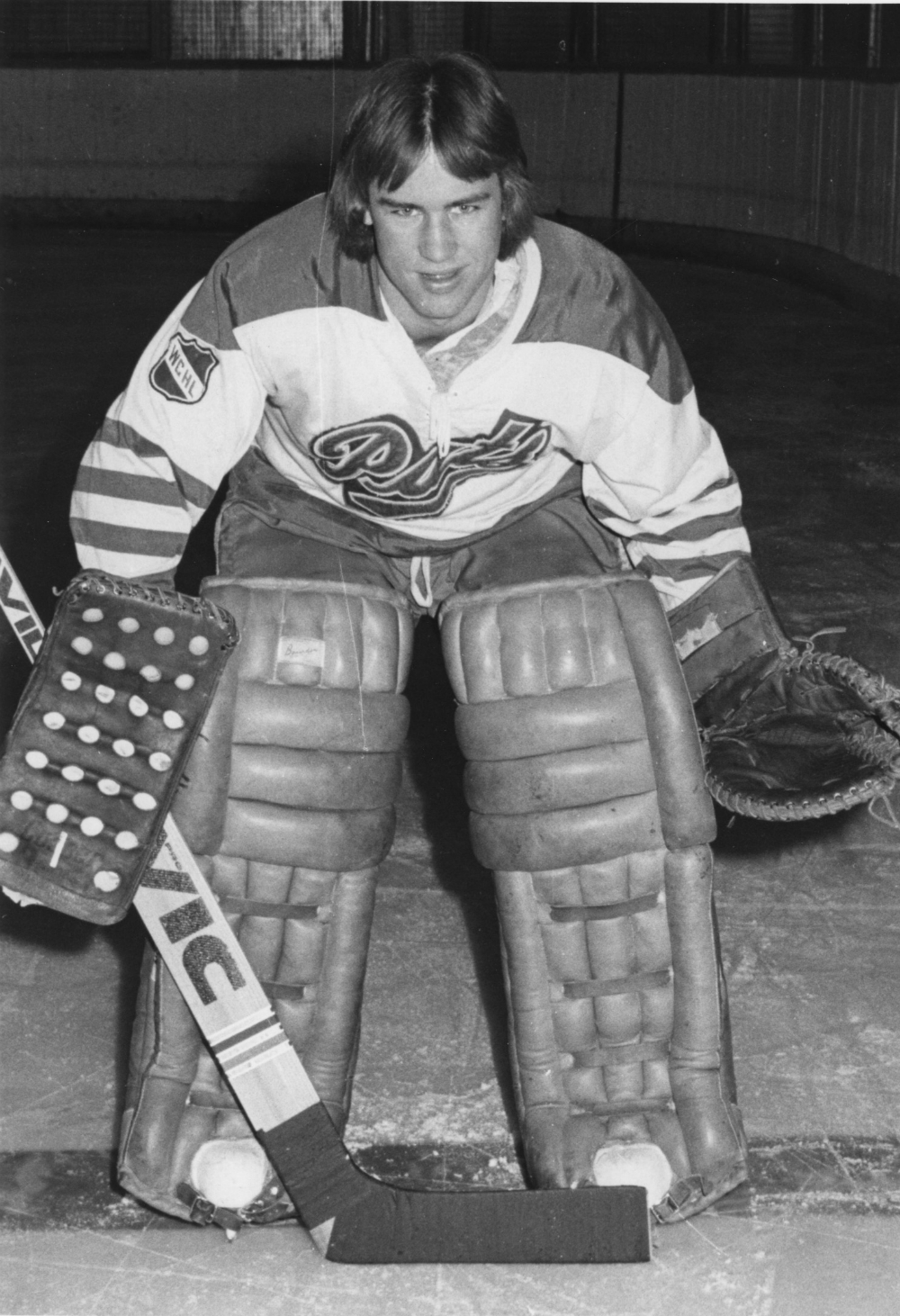 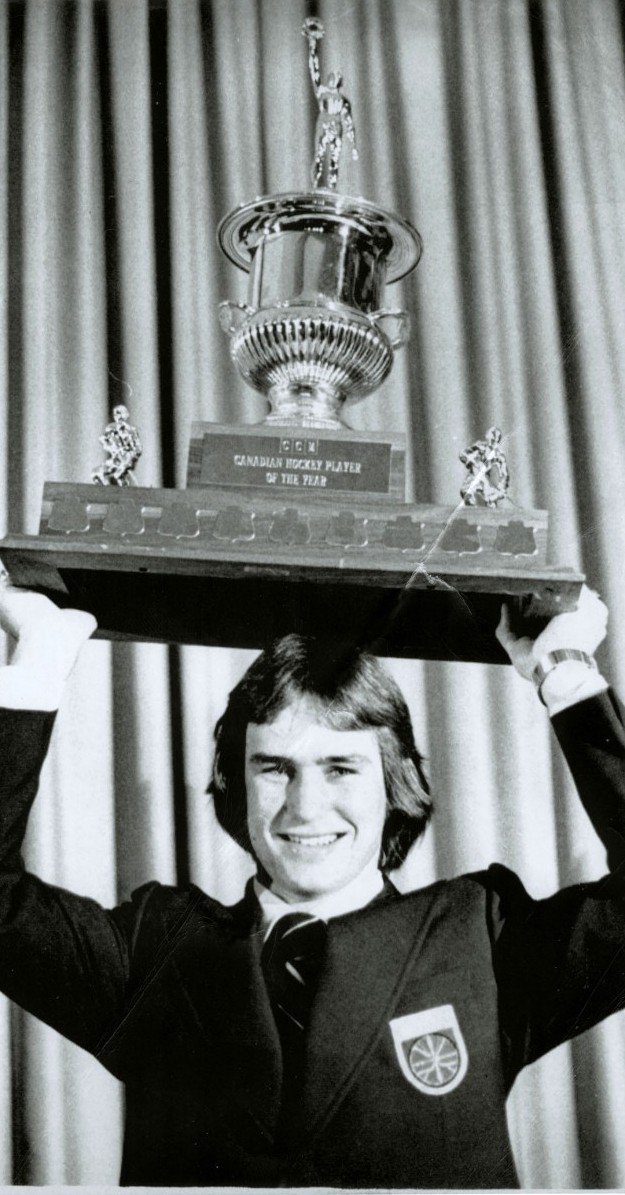 After growing up in Moose Jaw where he played much of his minor hockey, Ed Staniowski moved to Regina to become the goaltender for the Regina Pats Juniors from 1971 to 1975.  His outstanding junior hockey career resulted in him being named the Pats’ most valuable player in 1973, 1974, and 1975.  During his tenure with the Pats, Ed established records for the best goals against average, most shutouts, most games played, and the most saves by a goalie.  In 1974 and 1975, he was named the Western Canada Junior Hockey League’s (WCJHL) most valuable player and led the Pats to their third Memorial Cup in the 1973/74 seasons.

Ed played internationally at the Ahern Cup in 1974. He was picked as the Canadian Major Junior Hockey Player of the Year in 1975, and represented Canada in the World Junior Hockey championship in Winnipeg where he was chosen as the tournament’s best goaltender.

NHL statistics show Ed having played in 219 regular season games and 9 playoff games with 75 wins, 105 losses and a goals against average of 4.06 for regular season games and 3.93 for playoff games.  He played for Team Canada in the 1979 series in Moscow that was won by the host U.S.S.R. team. In February 2000, Ed and teammate Clark Gillies had their Regina Pats’ sweaters retired in the Agridome.

Staniowski joined Canada’s military following the completion of his hockey career and has advanced to the rank of Lieutenant-Colonel.  His military duties have seen Ed in a peacekeeper’s role in Cyprus, Croatia, and Bosnia.