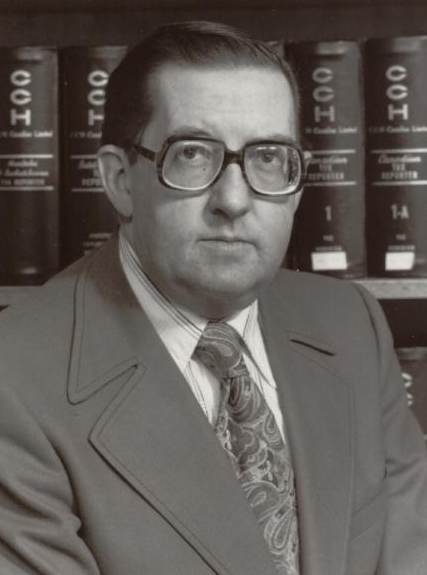 Born in 1933, John was an avid sports enthusiast in Prince Albert. As a youngster he competed in hockey, baseball, tennis, golf and swimming. At the University of Saskatchewan his participation continued and his volunteer career began.

Hockey was Brennan’s first endeavor; while with the Saskatoon Quakers as manager, he was elected a director of the Saskatchewan Senior Hockey League. Then he became involved with the Western Canada Hockey League, including hosting international teams. Brennan initiated the first hockey scholarships in Canada. Following a move within the province, he spent five years with Regina Minor Hockey as commissioner.

Swimming became his next interest through children’s involvement. By 1973 he was a certified official with the Canadian Amateur Swimming Association (C.A.S.A.) and an executive member of the Regina Optimist Dolphins. Brennan rose to President of the Saskatchewan Section of the C.A.S.A., Treasurer and Vice-President of the national body. He chaired the Canada Cup, Commonwealth Games and World Trials for swimming in Regina. 1979 saw him head a delegation for the national team tour of the Soviet Union. Brennan initiated the “Widen the V” concept in Saskatchewan swimming.