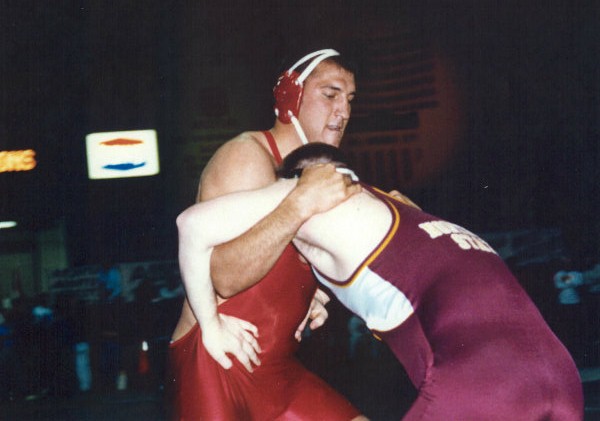 Jeff Thue was sixteen years old when he joined Regina’s Underdog Wrestling Club in 1984. He won the 1985 provincial and national Midget Wrestling Championships. The following year he placed second at the National Junior Championships. He won gold at the Canada Games in 1987 and 1989, and placed fourth in Greco Roman wrestling at the Espoir (under 20) World Championships.

In 1988, Jeff won the provincial espoir and senior wrestling crowns and in 1991 he was the Canadian Senior Champion and the Canada Cup Champion in both freestyle and Greco Roman wrestling. He won bronze medals at the 1991 Senior World Games, and at the 1991 Senior World Cup. At the 1992 Barcelona Olympic Games, 23 year old Jeff Thue won a silver medal in the super-heavyweight category.