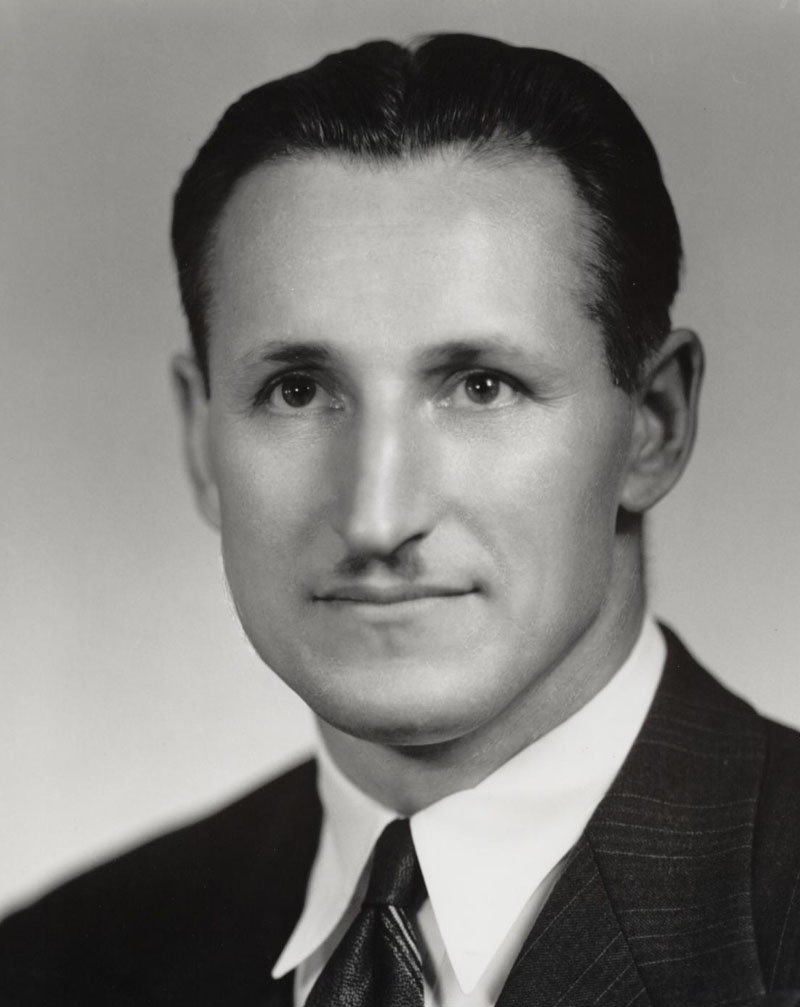 Consistently, he has emphasized the importance of early instruction, active participation and appropriate levels of competition in the development of any sport. Kirkpatrick’s induction to the Saskatchewan Sports Hall of Fame is the result of his efforts to build sports at all levels, especially at the “grass roots” community level.

In promoting tennis, he has travelled to all parts of the province, assisting communities to arrange for instruction, build appropriate facilities and form tennis clubs. He has served as manager and official at many local, provincial and national tournaments, including the Rothman’s tournament in Saskatoon. Kirkpatrick was the President (1977-79) of the Saskatchewan Riverside Tennis Club, and Vice President (1977-79) and first Executive Director (1979) for the Saskatchewan Tennis Association.

In track and field, he has been both coach and official. While a teacher, he coached in both Melfort (1931-33) and Saskatoon (1934-39). Dependably, he has served as an official, timekeeper and judge in provincial and national track meets. Throughout the years, Kirkpatrick has also organized and taught numerous classes in physical education and recreation. In addition, he has promoted sport by co-authoring, “Physical Education: A Textbook of Physical Education for Schools and Clubs” (1943) with Joe Griffiths and in serving on the publication committee of Saskatchewan’s Recreation Legacy (1986).