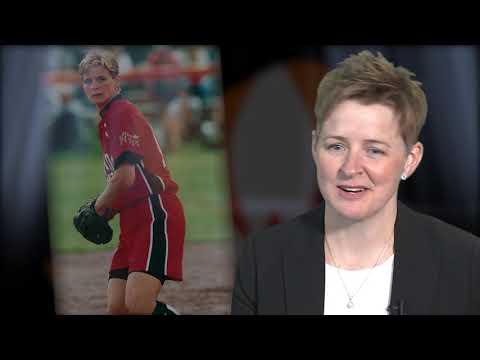 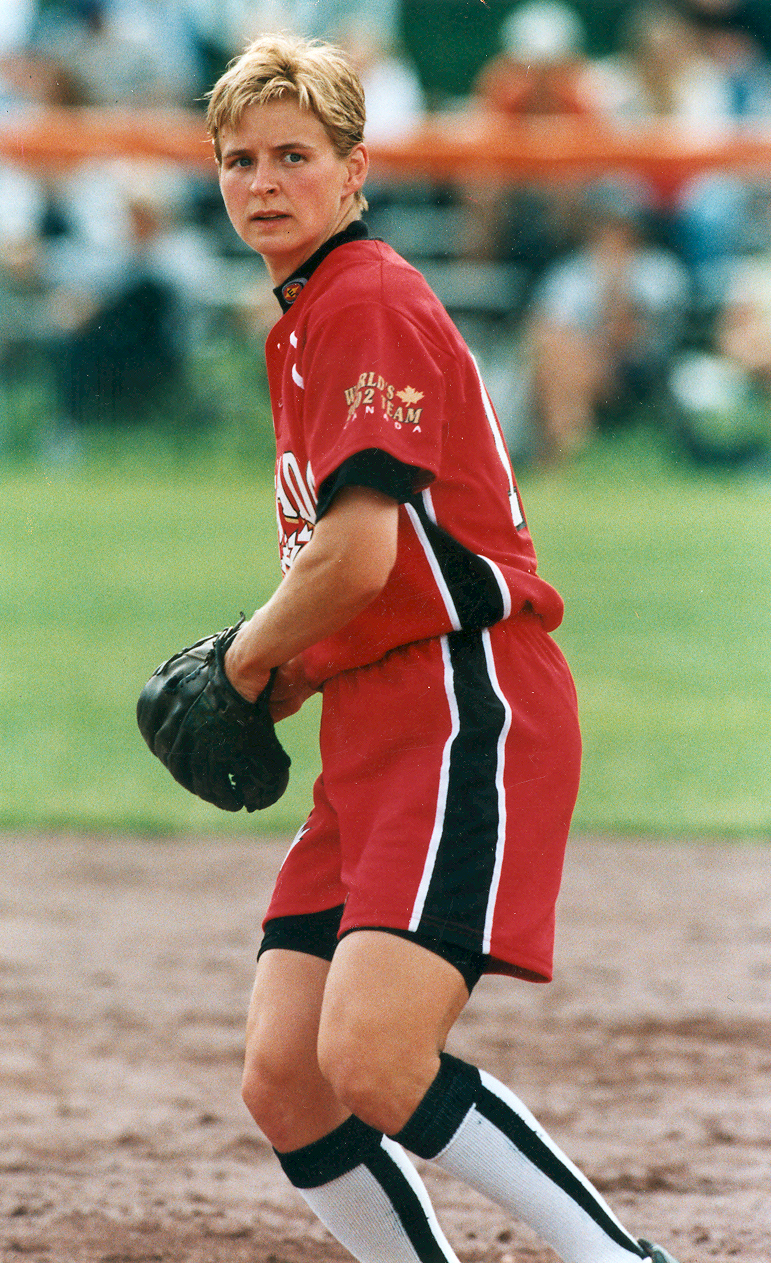 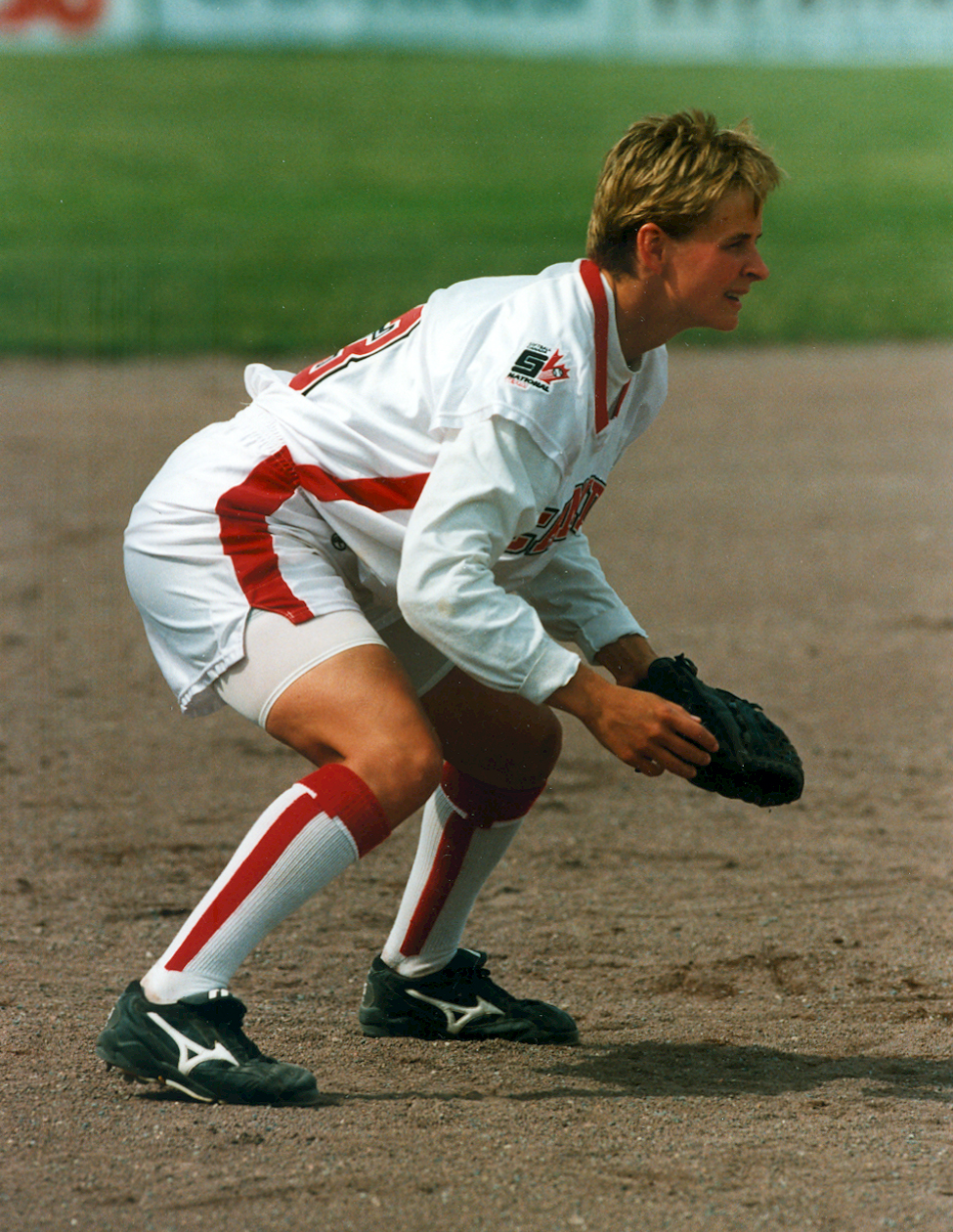 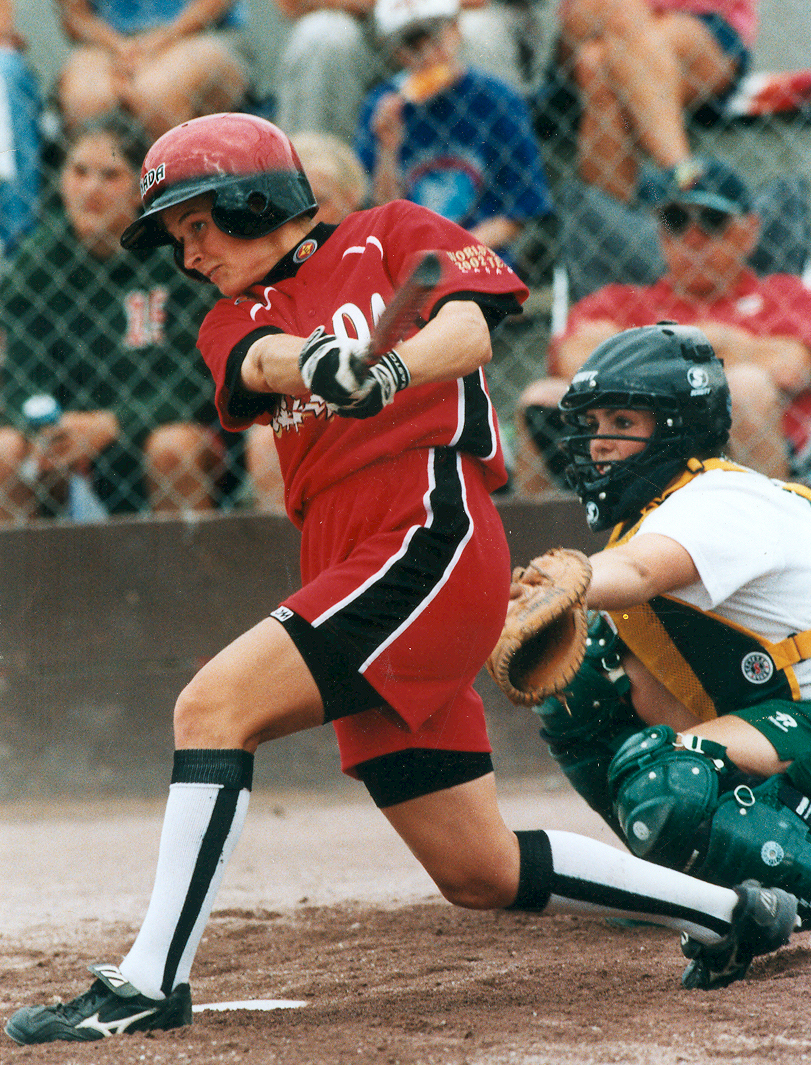 Jacki Nichol is no stranger to championships. With 14 provincial softball titles to her name, Nichol accomplished more in her home province than most people do in the entire world. Fortunately, she didn’t let the Saskatchewan borders stop her. Nichol also enjoyed plenty of success on the national stage and translated that into an international career that included visits to the world championships, Pan Am Games and Olympics.

However, it all began after her family moved to Saskatoon in the spring of 1978. Her introduction to the sport was through T-ball, but within a few years, she was being called up to play for a women’s team in the Saskatoon Amateur Softball Association. By 1987 she was a member of Lorne’s Lazers midget softball team and would move to the Lazers junior team in 1991. During the six years she played in the program, her teams won the provincial championship and advanced to nationals every year.

Following the end of her junior career, Nichol moved on to the DBJ senior softball team. DBJ enjoyed similar success at the provincial and national levels. The team brought home bronze medals from the 1998 and 2001 senior national championships and captured gold in 2000.

In 1987, her first season playing midget ball, Nichol also played for the Canadian junior national team at the World Junior Softball Championships in 1987 and would repeat the feat in 1991. In doing so, Nichol became the only player in Canadian softball history to play twice at the world junior championships.

In 1998 she became a member of the Canadian senior national team and brought home a silver medal from the 1999 Pan Am Games in Winnipeg.  Nichol was named team captain in 2000.  Under her leadership, the team qualified for the 2000 Summer Olympics in Sydney, Australia. Nichol continued to captain the team in several international competitions, including a Pan Am Games qualifying tournament in Venezuela. Canada qualified for the 2003 Pan Am Games in Santo Domingo, Dominican Republic, however, Nichol retired from competition after the 2002 World Championships in her hometown.