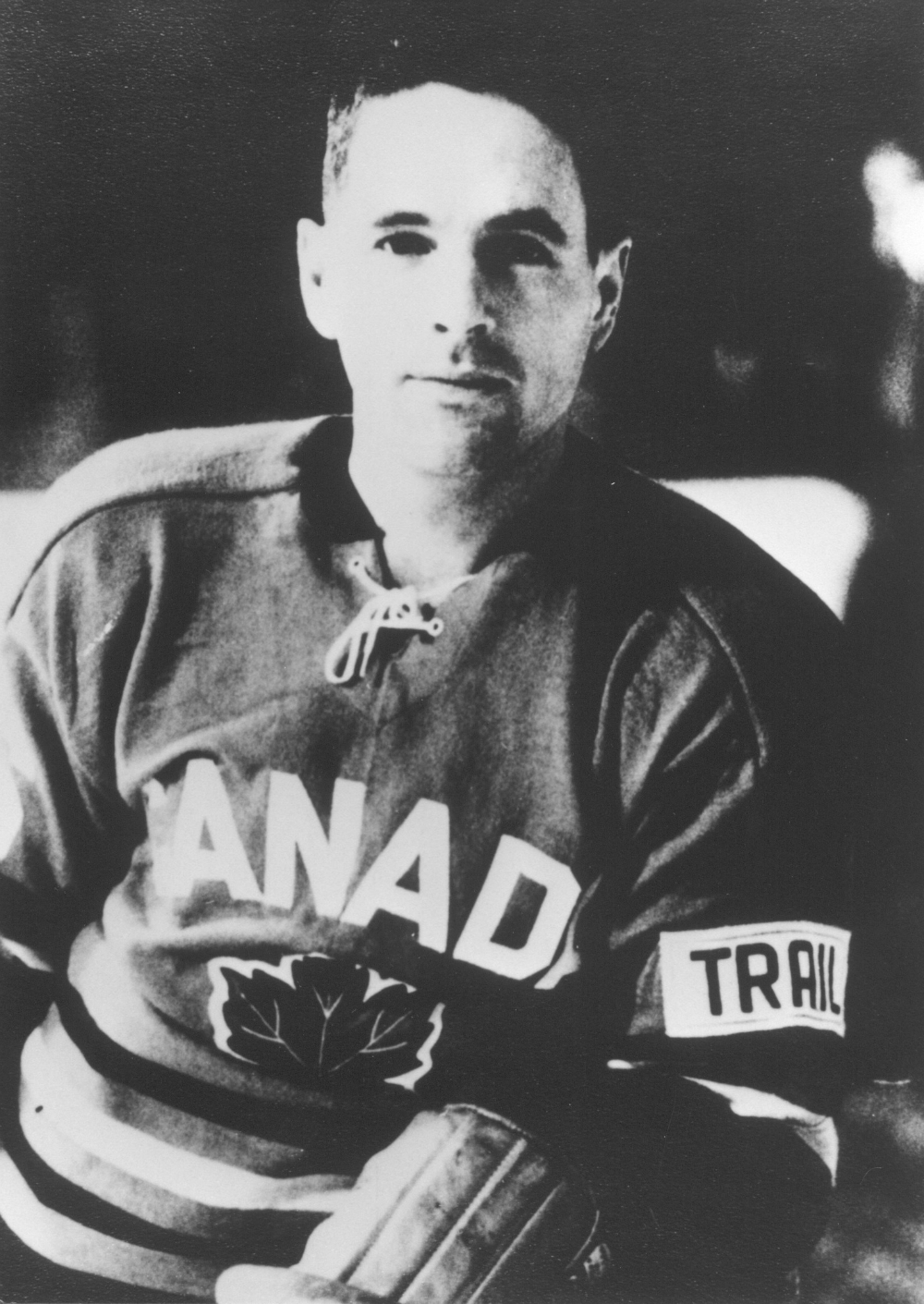 Jack McLeod, a right winger, turned pro at 18 with the New York Rangers and spent 4 years (1949-1953) with them before moving into the Western Hockey League.  He played with the Saskatoon Quakers, the Vancouver Canucks, and the Calgary Stampeders.

By 1966, McLeod was the general manager and coach of Canada’s National Hockey Team.  The 1968 Olympic Team, under Jack’s guidance, won the bronze medal at the Grenoble (France) Olympics.