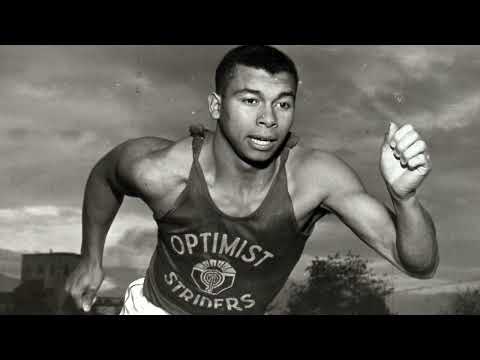 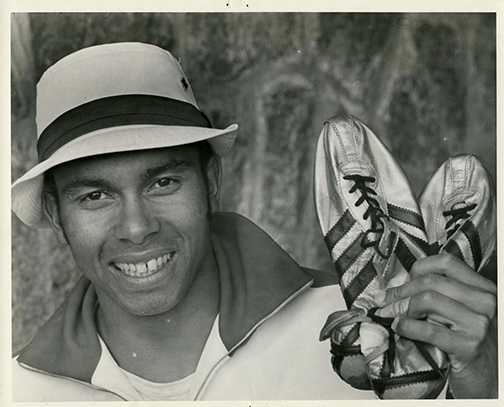 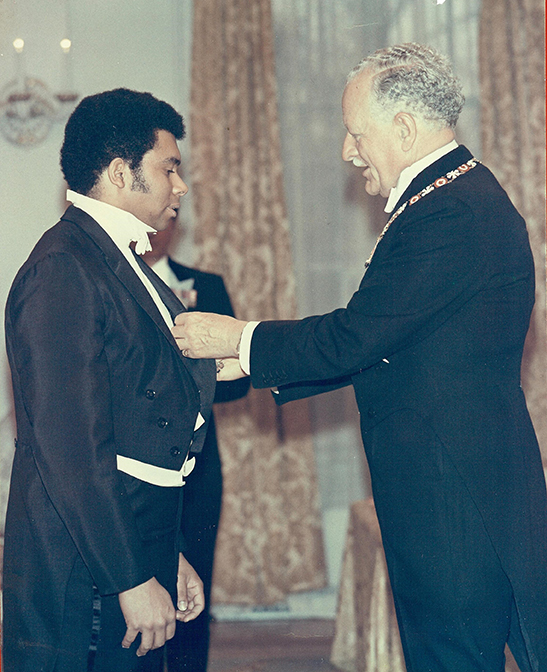 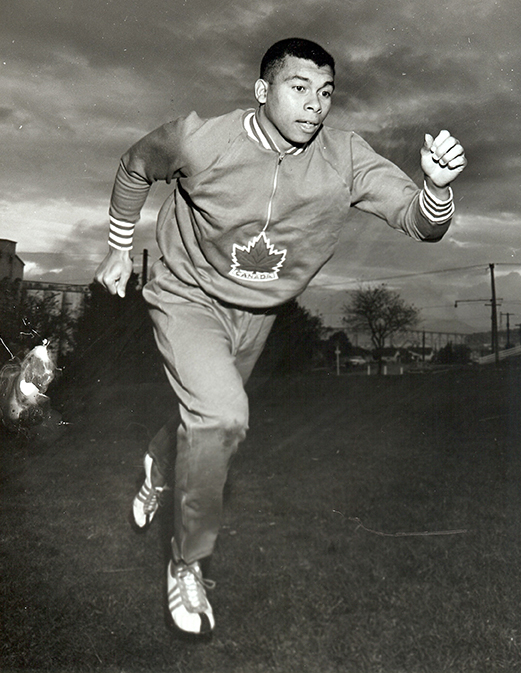 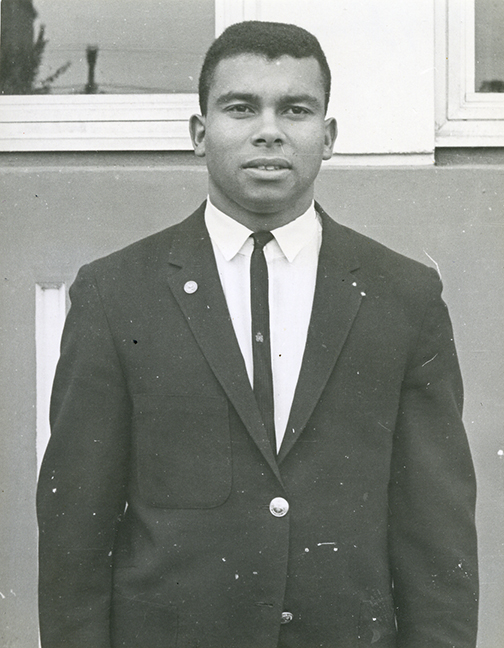 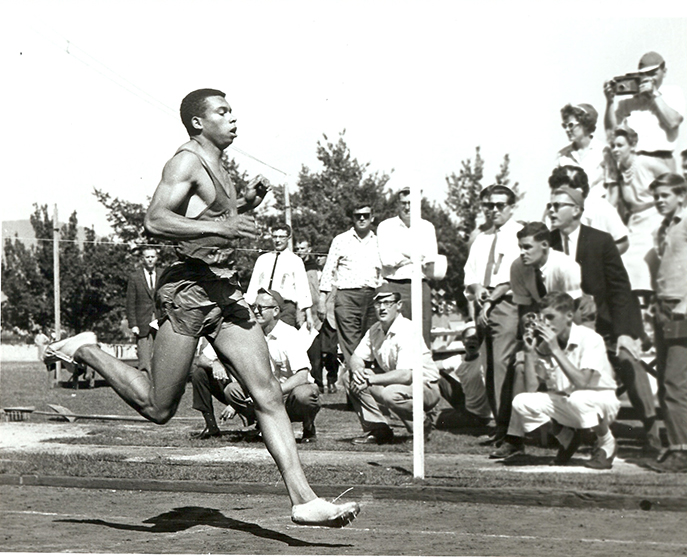 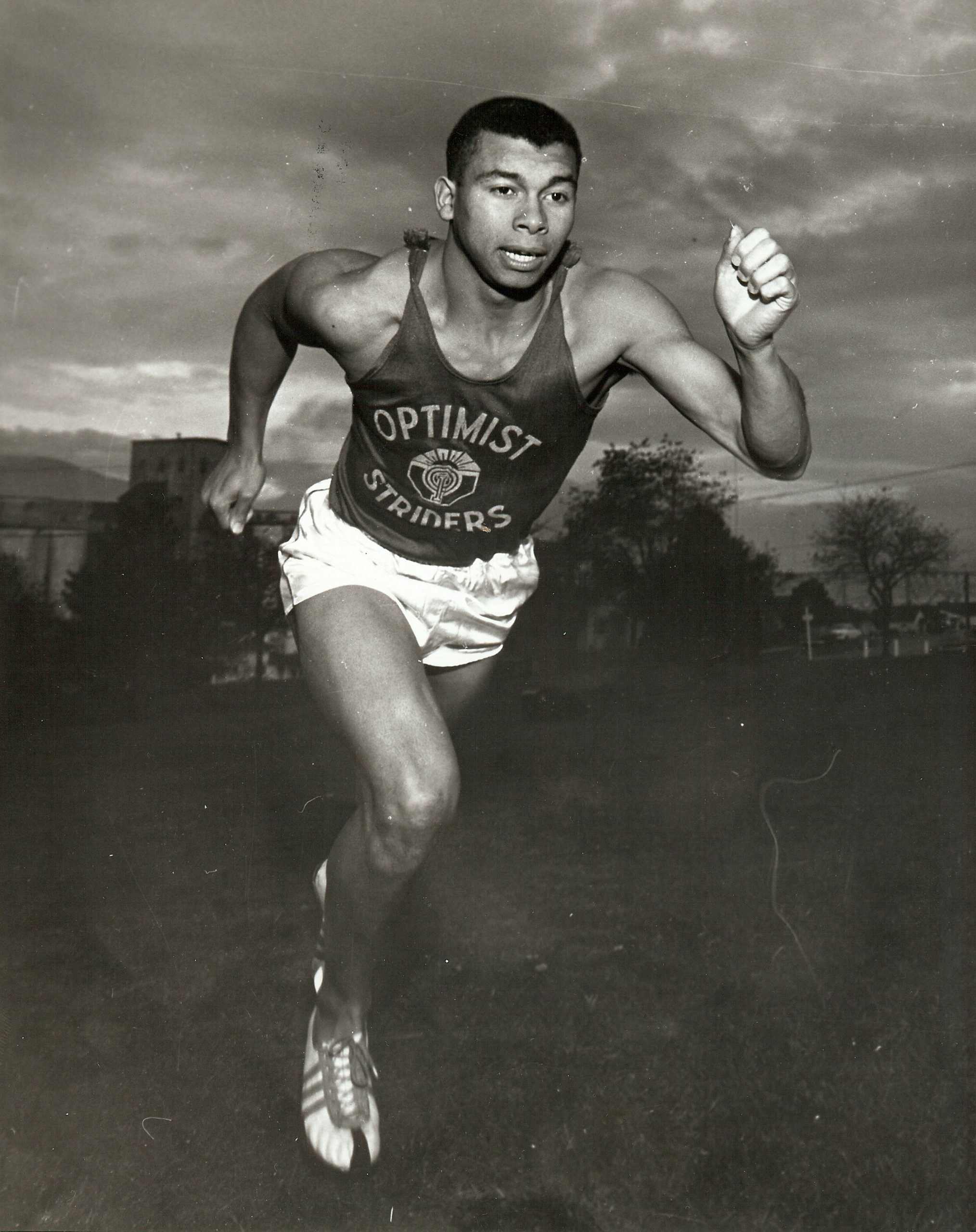 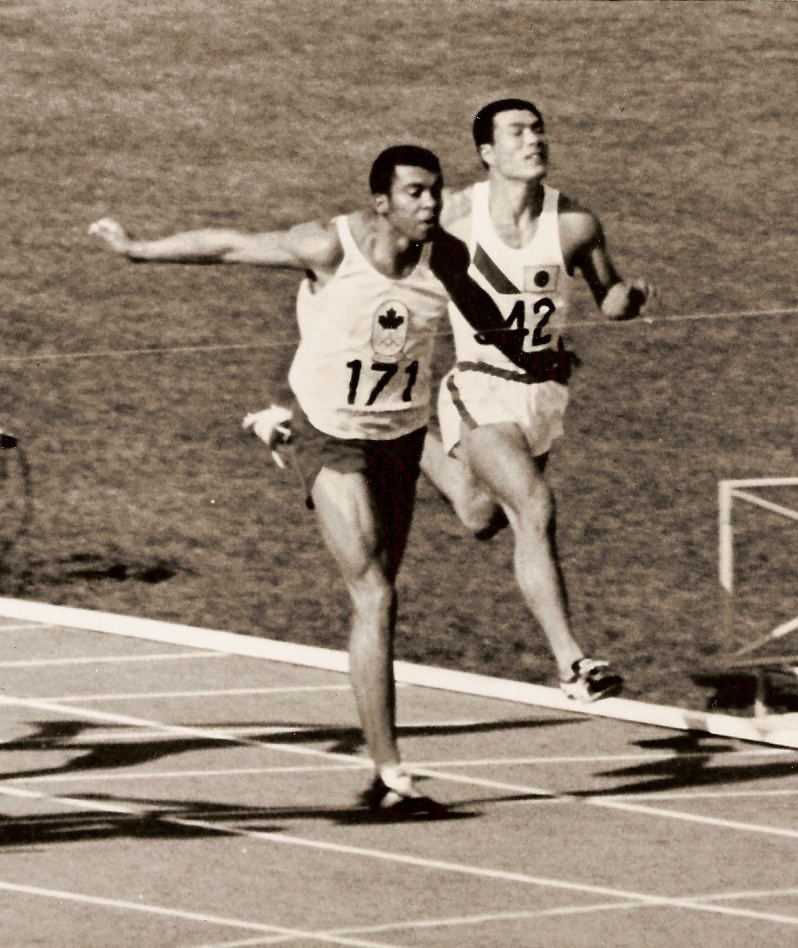 Harry Winston Jerome’s immense talent as a sprinter helped him burst onto the national stage at a young age. The way he dealt with adversity and the quality of his character have made Jerome an enduring Canadian sports legend.

Jerome was born in Prince Albert in 1940 and relocated with his family to North Vancouver, B.C. There, he began running track in high school, and in Grade 12 he broke Percy Williams’ national 220-yard dash record. He was 19 when he ran the 100-metres in 10.0 seconds to match the world record set by German sprinter Armin Hary. Jerome’s win at the Canadian Olympic Trials at Griffiths Stadium in Saskatoon made him the first Canadian to officially hold a world record in athletics.

Jerome competed at his first of three Olympic Games in Rome in 1960. Jerome won his two preliminary races but pulled his hamstring in the semifinal. After the Olympics he was criticized in the press and labelled “a quitter”, but he persisted, matching the world record in the 100-yard dash (9.3 seconds) the next year. In 1962, he equalled yet another world record, anchoring a University of Oregon relay team that ran the 4×110-yard race in 40.0 seconds.

At the 1962 British Empire and Commonwealth Games in Perth, Australia, Jerome tore his quadriceps tendon and pulled up lame to finish last in the 100-yard final. The injury was so serious that he missed an entire year of competition and there were serious doubts that he would ever compete again.

He disproved his detractors and returned to the track to match another world record, this time running in the 60-yard dash in 6.0 seconds at an indoor meet. Jerome capped his remarkable comeback by winning a bronze medal in the 100m at the 1964 Tokyo Olympics in a time of 10.2 seconds. He also finished fourth in the 200m in a time of 20.7 seconds.

At the 1966 British Commonwealth Games in Jamaica, Jerome made a statement by winning the 100m gold medal. The same year, he also matched the 100-yard world record set by Olympic champion Bob Hayes of 9.1 seconds. In 1967 he won the 100m gold medal at the Pan-American Games.

At the Mexico City Olympics of 1968, Jerome once again reached the 100m final and finished seventh in a time of 10.2 seconds.

Jerome also completed his master’s degree in Education at Oregon and after retiring in 1969, Prime Minister Pierre Trudeau asked him to help create Canada’s new Ministry of Sport. He was inducted in the BC Sports Hall of Fame in 1966. Jerome was made an Officer of the Order of Canada (OC) in 1970 and was named British Columbia’s Athlete of the Century and was inducted into Canada’s Sports Hall of Fame a year later.

Jerome tragically died in 1982 and was posthumously inducted into Canada’s Walk of Fame. The Black Business and Professional Association established the Harry Jerome Awards in 1983.