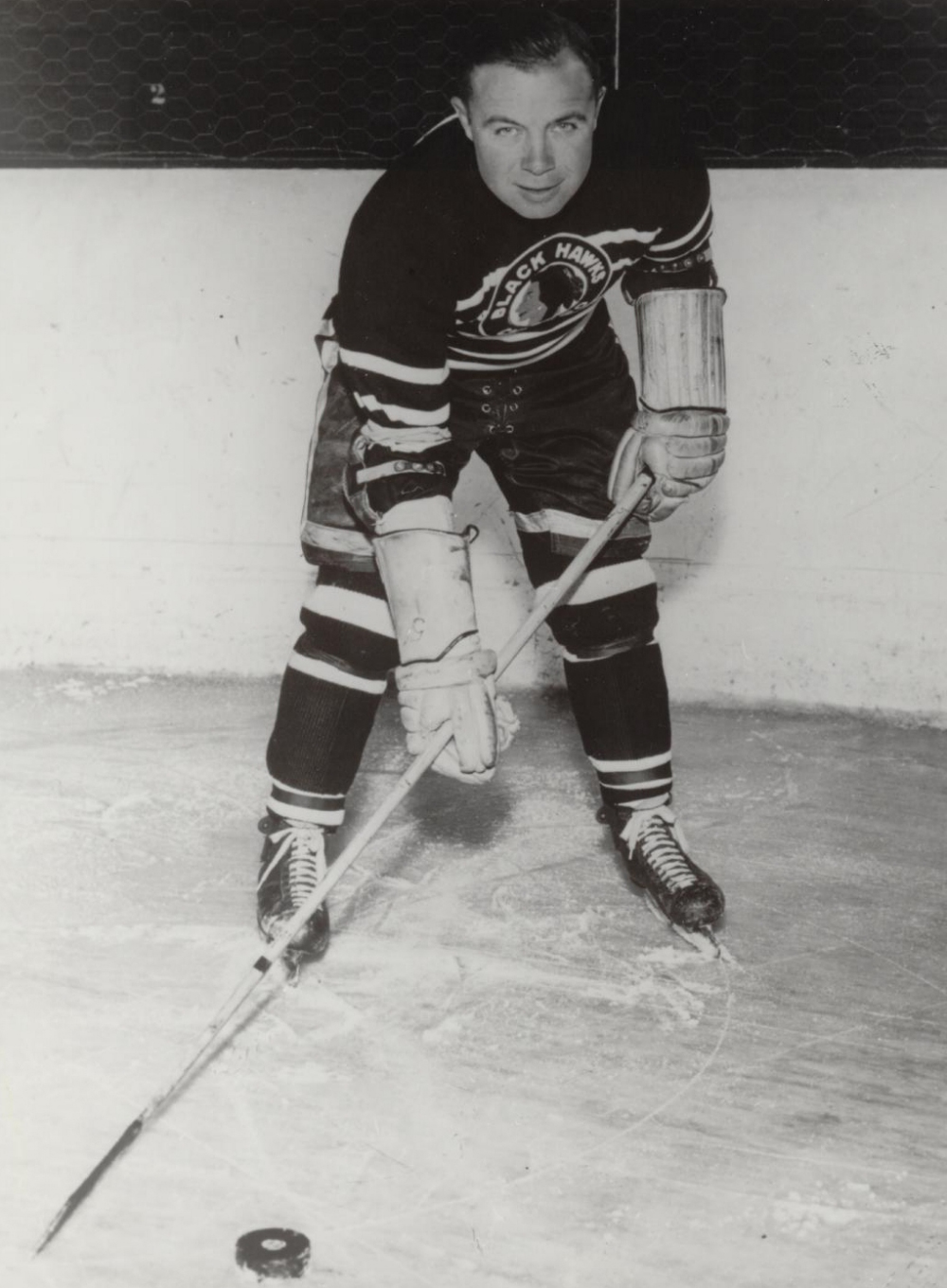 Harold “Mush” March was voted one of Regina’s outstanding athletes during 1928 for his performance in junior hockey.  He made his professional debut at Ottawa in 1929 with the Chicago Blackhawks.

Scoring the winning goal during overtime against the Detroit Red Wings in his first Stanley Cup appearance was one of his greatest thrills. Furthermore, March made history by scoring the first goal in the Maple Leaf Gardens on November 12, 1931; keeping the puck, he dropped it in the final game at the Gardens on February 13, 1999.