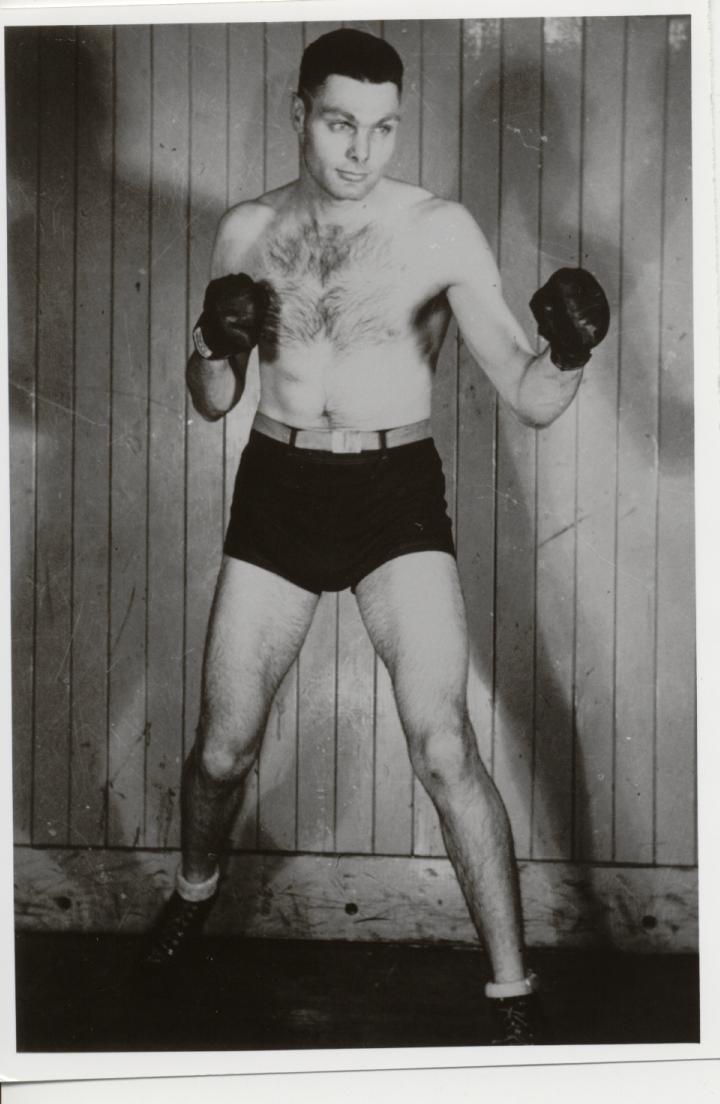 Gas Eichel is Saskatchewan born and raised, except for a tour of duty in the Royal Canadian Air Force (R.C.A.F.) in World War II and a brief period spent in Ontario, he has lived in the province all of his life.

Defeating major illnesses as a youth, Eichel built a frail heart and body into the physique of a champion. He also overcame the tough life of an amateur boxer, at a time when there was lack of funding for training, equipment and travel.

In a boxing career extending over 14 years from 1931 to 1945, Eichel fought 47 bouts in which he won 41 and 12 of these by knockouts. Along with his outstanding record Eichel held five Saskatchewan Championships, one Interprovincial Championship, one R.C.A.F. Championship and two Canadian Light-Heavyweight Championships.

Eichel retired following World War II and the news report on the day stated, “there just are no more opponents for the fists of Gaston Eichel”.

In addition to his boxing accomplishments, it should be noted that Eichel has made significant improvements to the sport of archery and to the Boy Scout movement in Saskatchewan.