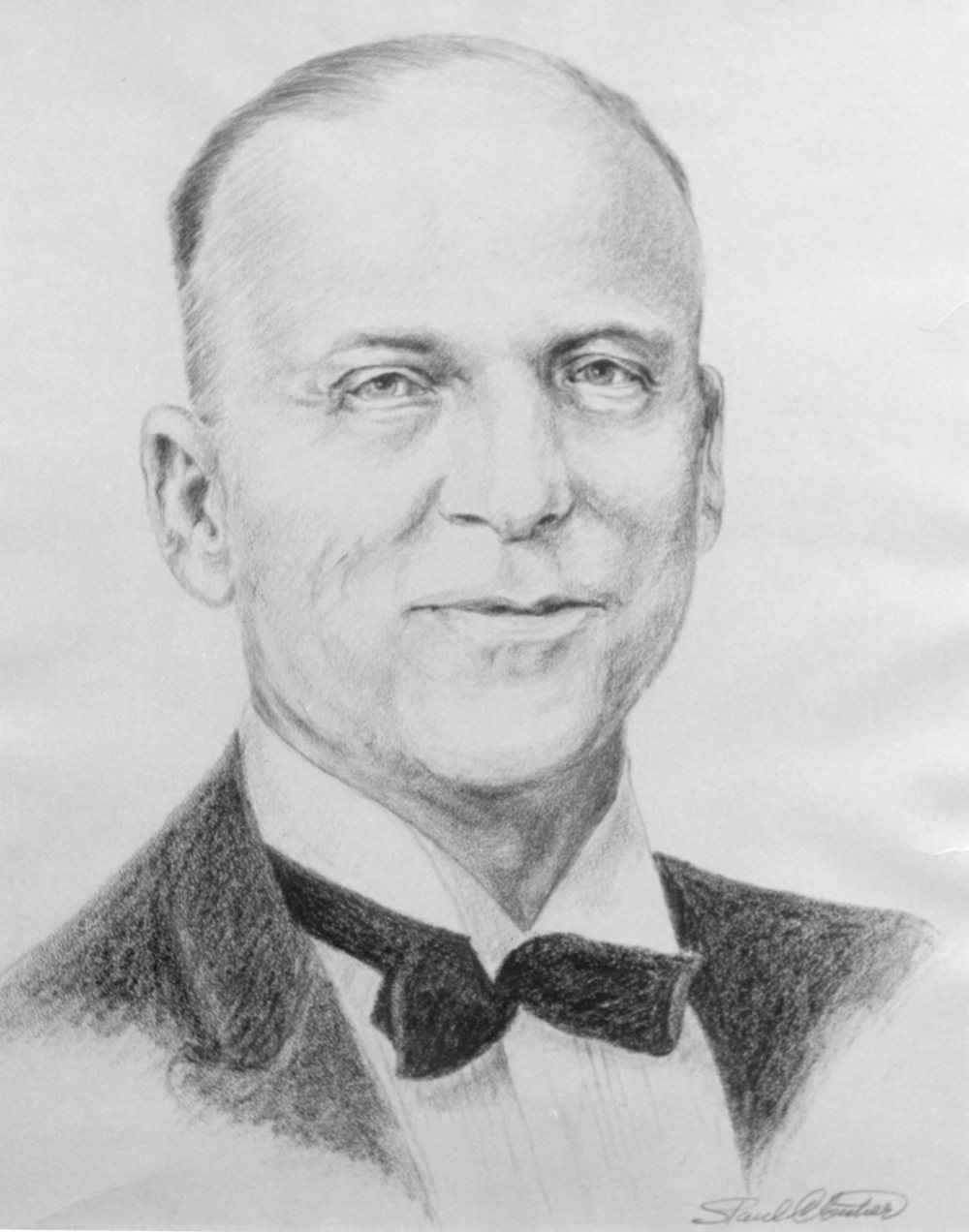 Having spent his early years in Balgonie, Saskatchewan, Frederick “Fred” Wilson began his outstanding athletic career in Regina in 1908.  He joined the Regina Rugby Club in 1913 (the year they won the Western Canada Football Championship) and over the next three years earned himself a reputation as the best kicker in the league.  At 145 pounds he was too small to do any hitting but was amazingly fast when sent around the end.  He also had the remarkable ability to kick the ball with either foot on the dead run.

After the First World War he returned to Regina, playing four great seasons from 1919 to 1922; in 1921 the Regina Rugby Club had become the Regina Roughriders.  Mr. Wilson was also an equally talented hockey player, having been a member of the 1914 Regina Victoria’s team that won the Allan Cup in that year.  Unfortunately, it was a brief appearance with the Regina Capitals in 1921 that caused him to be classified as professional and therefore to be barred from any amateur competition from 1922-1925.  Finally, in 1925, he was re-instated to amateur status (the first class “A” professional in Canada to have been so) and resumed his football career until 1928 when a broken leg ended his playing days, he then spent four years with the team as manager.

Always an avid football supporter, he was named president of the Western Interprovincial Football Conference in 1951.  Fred however will be remembered for his hockey talent, his excellent speed and his great skill as a kicker.  His contribution to Canadian Football was recognized with his selection to the Canadian Football Hall of Fame in 1962.

Installed in the Saskatchewan Sports Hall of Fame on March 30, 1974