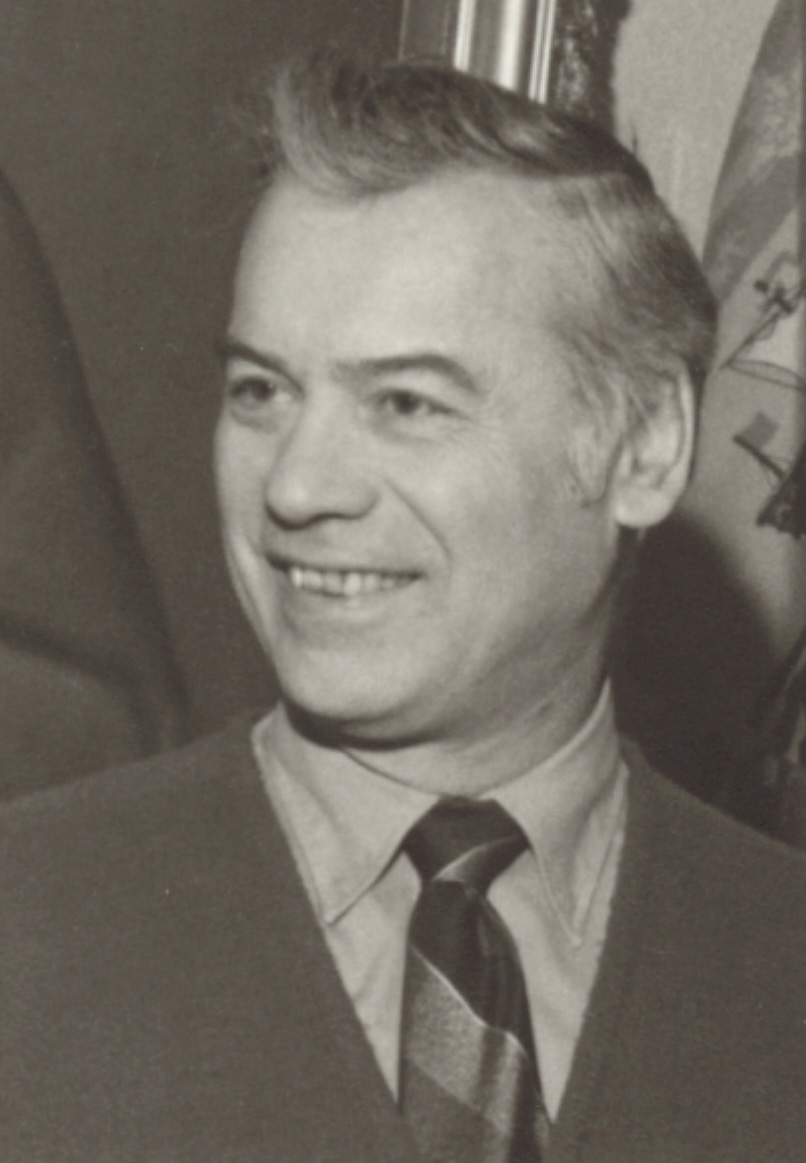 Born in Qu’Appelle, sport began for Frank Germann when he entered Notre Dame College at age 13. As a student, he played and coached baseball, football and hockey. Over the next 51 years Germann would continue his involvement and coaching at Notre Dame.

The war years saw Germann a member of the First Canadian Parachute Battalion; he left Saskatchewan for three years to serve his country. He returned to Notre Dame College in Wilcox as a teacher, coach and athletic director.

In the fifties Germann left Wilcox a second time for Nova Scotia, obtaining his masters degree in English at St. Francis Xavier University. While there he introduced football to a college that had 100 years of rugby background. Returning home, he returned to his great loves, coaching and Notre Dame College.

German succeeded Pere Murray on the Saskatchewan Amateur Hockey Association (SAHA), he established the referee division, and became Referee-In-Chief for five years. Serving as SAHA President from 1946 to 1967, he was instrumental in the development of the coaches division and subsequent training programs.

Germann has received a life membership at the SAHA, as well as the Canadian Amateur Hockey Association’s, “Meritorious Award” in 1978. He was a founding member of the Saskatchewan Sports Hall of Fame, and has served his home province well.

Installed in the Saskatchewan Sports Hall of Fame on June 13, 1987.