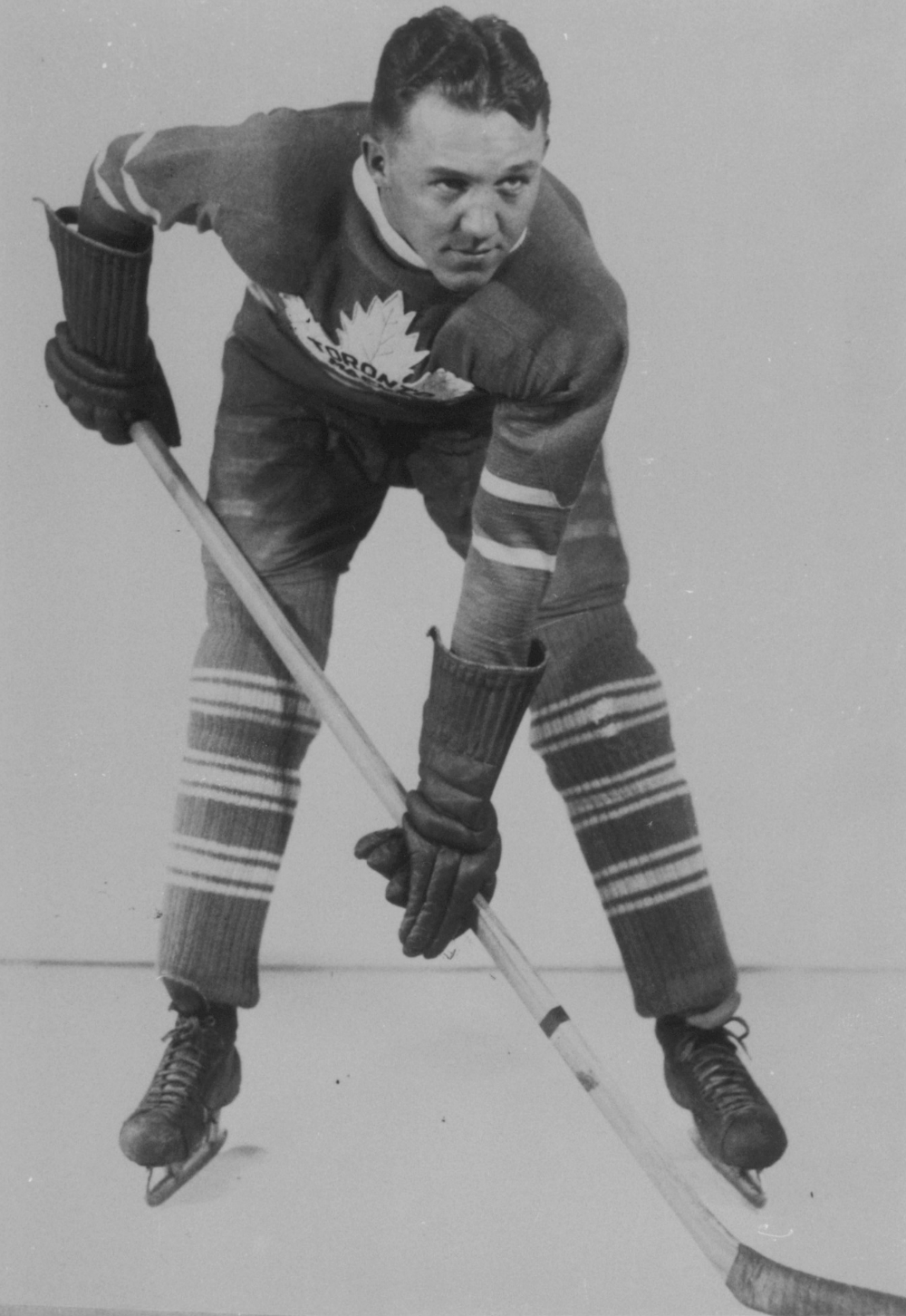 Frank “Buzz” Boll, known as the “Western Tumbleweed”, was regarded as one of the fastest skaters in the National Hockey League (NHL) during his era.

Boll started off his hockey career with the Weyburn Wanderers in the 1928-29 season. In 1929-30 he played for the Memorial Cup Championship team, the Regina Pats; in 1930-31 with the Weyburn Beavers; in 1931-32 with the Toronto Malboros.

Boll turned professional with the Syracuse Stars in 1932-33, and from there joined the National Hockey League, playing on the Toronto Maple Leafs from 1933-37. He continued his career with the New York Americans from 1939-42 and the Boston Bruins from 1942-44.

Throughout his career, Buzz was known for his versatility, playing both forward and defensive positions. While playing for the Toronto Maple Leafs, he scored a total of 133 goals with over 130 assists in regular season games. Boll once held the record for the fastest overtime goal in the National Hockey League playoffs at 31 seconds and the most goals scored in the playoffs – 7.