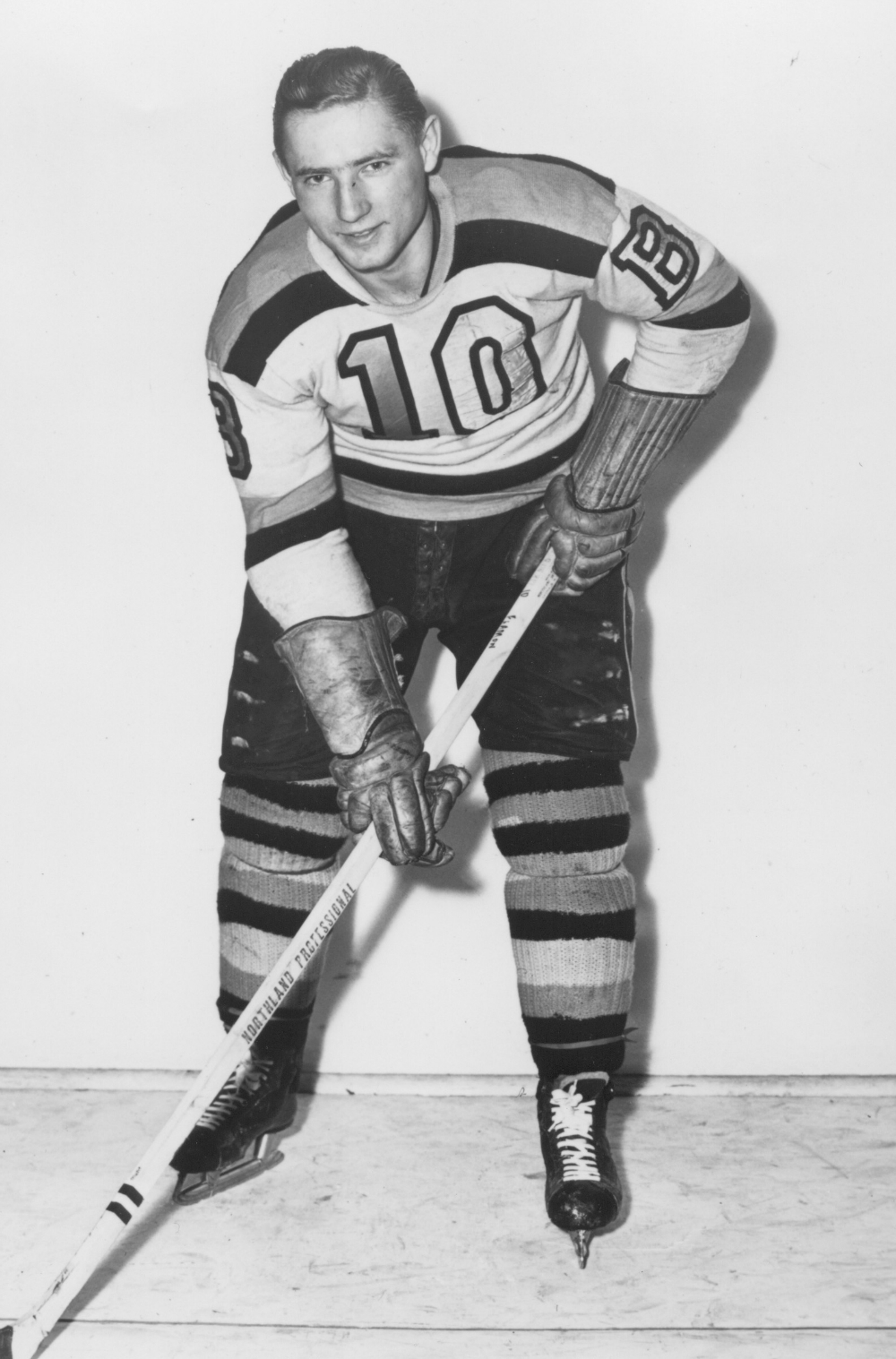 Born in Dysart and raised in Regina, Fern Flaman played with a variety of Regina minor hockey teams until 1943 when the Boston Olympics, a Boston Bruins’ farm team, lured him into the United States. With Flaman’s help, the Olympics dominated the Eastern Amateur Hockey League from 1943 to 1946, capturing the league championship each year. Next, he was moved to the Hershey Bears, the Bruins’ best farm team, staying half a year before capturing a permanent spot with the National Hockey League’s (NHL) Boston Bruins.

Flaman played 14 full seasons in the National Hockey League ranks. From 1947 to mid season 1950, he played with Boston and was then was traded to the Toronto Maple Leafs. That year, he savored a Stanley Cup Championship with the Maple Leafs and remained with them until 1954 when management traded him back to the Bruins. He then became the fourth captain in Bruins’ modern history. Flaman was probably best known for his stubborn ability to prevent other teams from scoring. During his NHL career, he played 910 games, made 34 goals and 174 assists, for a total of 208 points. Six times, Flaman was selected for the NHL All-Star team.

Following his NHL career, Flaman began coaching. He first played for the Rhode Island Reds of the American Hockey League, but by 1963-64 season he assumed the role of player, coach and general manager. Later he spent 19 successful years in Boston as head coach of Northeastern University’s Division I Huskies Hockey Team.