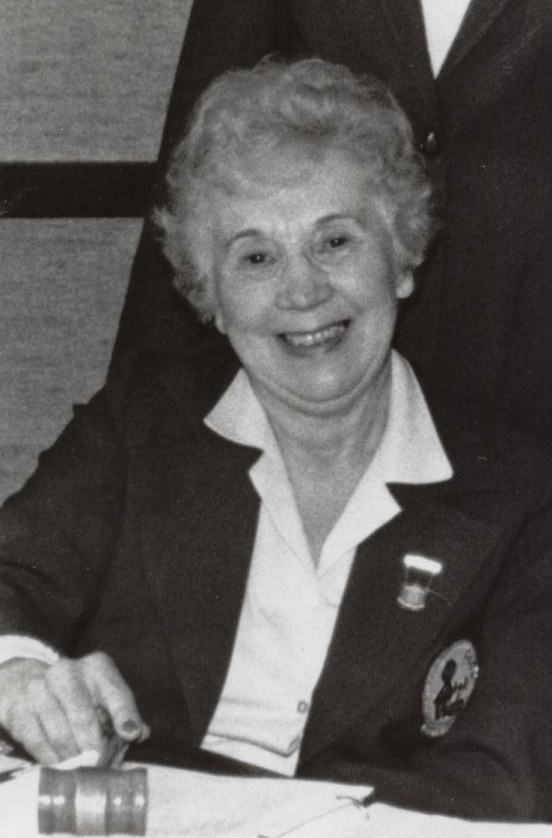 In 1973, Eva Kerr skipped the Saskatchewan ladies’ team at the first Canadian Senior Ladies Curling Championship in Ottawa, placing third.  Eva was a charter member of the Regina Ladies Curling Club (RLCC), serving as president from 1959 to 1960.  She was draw master for many club competitions and city bonspiels.

Eva was the president of the Saskatchewan Ladies Curling Association (SLCA) in 1973/74 and served as national president in 1981/82, at which time she attended the World Curling Championships as its representative.

Internationally, Eva was a member of the Silver Broom committee twice.  She is credited with playing a pivotal role in securing sponsorship for the Scott Tournament of Hearts – the Canadian Women’s Curling Championship.