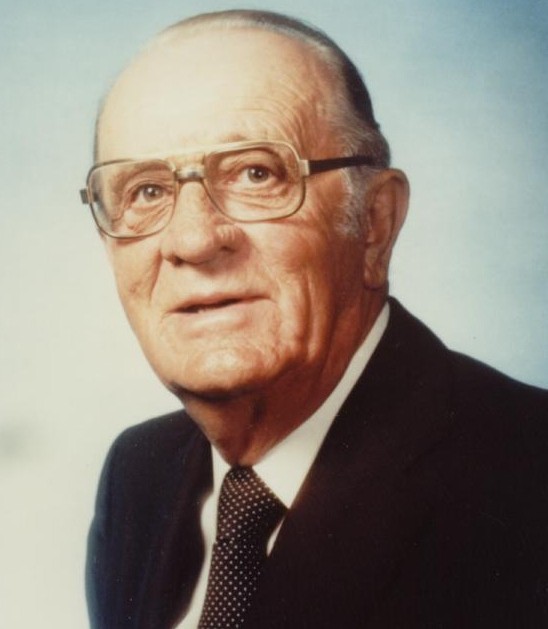 Saskatchewan has a history of producing national and world champion curling athletes and highly respected officials and administrators. Among the names synonymous with curling in Saskatchewan is Norm Balderston.

Balderston’s relationship with the “roaring game” began like most others, as a curler at the local rink, but it would continue for a lifetime. He served continuously as a member and President of the Board of Directors of the Moose Jaw Curling Club for over 20 years. Balderston served for seven years as President of Hillcrest Sports Centre, a facility he was instrumental in constructing. He served on committees for the 1979 World Junior Curling Championships and the 1985 World Ladies Curling Championships, both held in Moose Jaw. Moose Jaw thanked Balderston for his contribution by naming him the 1969 “Citizen of the Year”.

Provincially, Balderston was a district umpire for the Saskatchewan Curling Association (SCA) and a member of the Board of Directors from 1958 to 1966. Balderston became Secretary Manager of the SCA in 1966. He would hold this position until 1973, when he became Executive Director and served until 1980. During his tenure, Balderston implemented a change to make the northern and southern playdowns an eight team event. Norm was a member of the National Council of Provincial Curling Association Secretaries, which he helped from 1969, and served as Chair in 1974 and 1975.

In appreciation for his many years of service, Balderston received the coveted “Scotty” Richardson Memorial Award in 1978, was named an Honorary Life Member of the SCA in 1979 and was inducted into the Canadian Curling Hall of Fame as a builder in 1988. The “Norm Balderston Team Sportsmanship Award” has been awarded annually at the provincial playdowns since 1980.

Installed in the Saskatchewan Sports Hall of Fame on June 17, 1995.