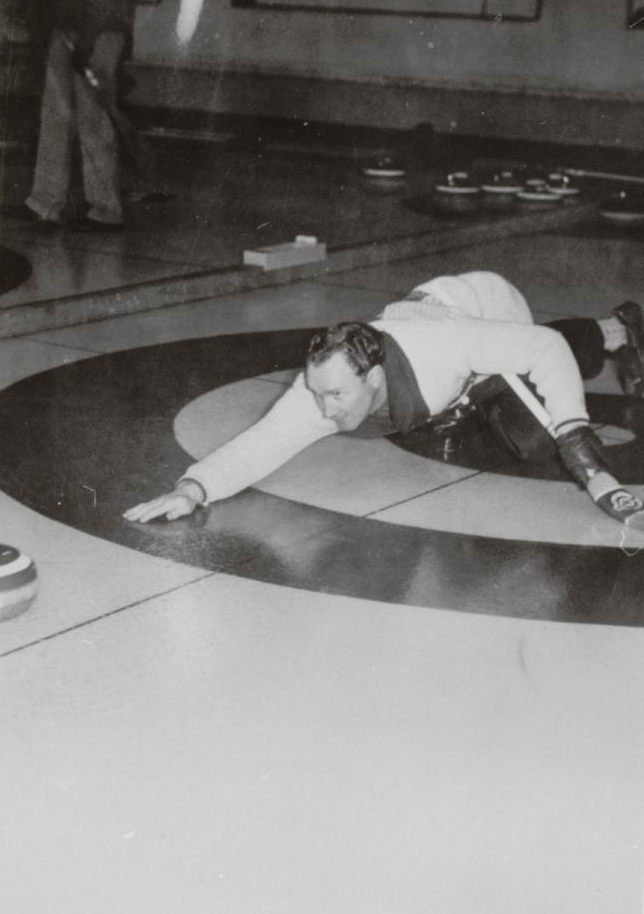 Jim Hill was born August 12, 1919 in Saskatoon, the second youngest of seven children. While living in Goose Lake as a young man Hill boxed and later played hockey with the Laura Beavers, when the team became Intermediate “A” champions of Western Canada in 1945. As a grown man the seasons dictated Jim’s life as a farmer and as a competitive sportsman. In the winter he curled, twice winning Provincial honours. His Delisle teammates in 1953 were Jack Bentley, Harold Worth and Elmer MacNevin. In 1956, Don Morris replaced Bentley. At the Brier Canadian Championship, in Sudbury in 1953 and in Moncton in 1956 both teams ended with a 7-3 win-loss records. In later years, Hill went on to represent Saskatchewan in the Senior’s Curling Championships in 1970 and 1974.

In his spare time in the summer, Hill became a trapshooter. In 1951, 1952 and 1953 he won the Provincial Trapshooting Doubles. Although Hill was famous for his long slide at the curling rink, and he won more cars curling than trapshooting, his biggest moment as a competitive athlete came at the Midwestern Doubles Championship in Winnipeg in 1952. Coached by fellow Saskatchewan Sports Hall of Fame inductee, Jim Girgulis, the underdog Hill, hit 94 out of 100 and 18 out of 20 in the shoot off to defeat the top American, L.H. King. As a result of this accomplishment, he was chosen to the Sports Afield All-Canadian Team for the second year in a row.

Installed in the Saskatchewan Hall of Fame on June 16, 1990.