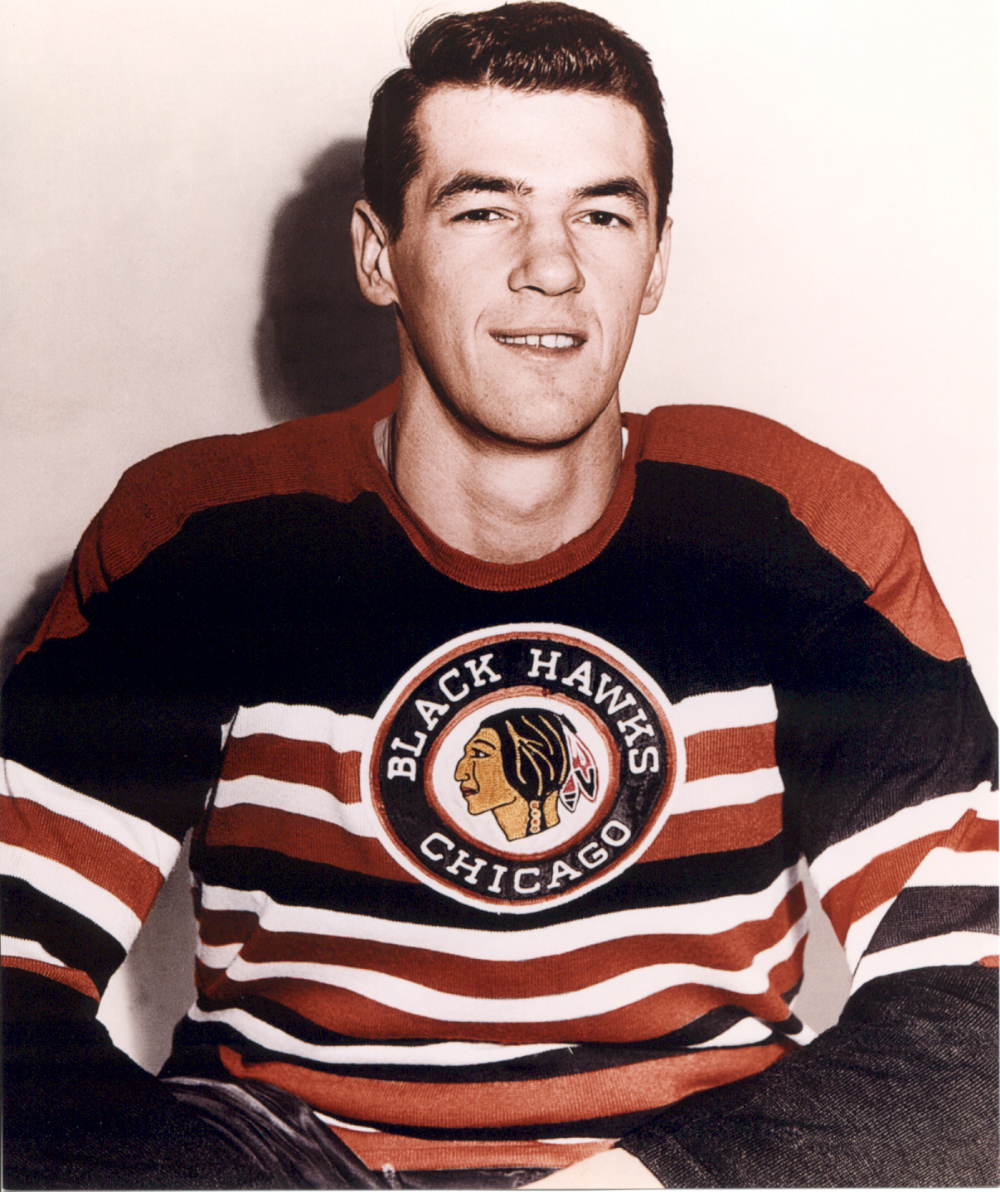 Eddie was born in Neudorf and played his minor hockey in Weyburn.  He became an outstanding player with the Regina Pats from 1949 to 1952 scoring 332 points in 197 regular season and play-off games for an outstanding 1.69 points per game.  He served as captain of the Pats in 1950/51 and 1951/52 and made the Western Junior League All-Star team in the same years. He was on the Pats teams that vied unsuccessfully for the Memorial Cup in the 1949/50 and 1951/52 seasons.  Eddie’s most successful year with the Pats was the 1950/51 season when he was runner-up in the scoring race in the Western Canada Junior League.

His 12-year career in the NHL saw him play with the Montreal Canadiens, Chicago Black Hawks, Detroit Red Wings, and the Toronto Maple Leafs.  In his first full year in the NHL, Eddie was named the winner of the Calder Trophy as Rookie of the Year even though he was traded mid-way through the season from the Habs to the Black Hawks.  He was named to the 2nd All-Star team in the 1956/57 season and was selected to play in five other All-Star games during his NHL career.

His leadership skills were appreciated by his teammates and management during his stay with the Black Hawks and he was appointed team captain for the 1958/59 and 1960/61 seasons.  While playing with the Hawks, Eddie was a vital part of the Chicago’s Stanley Cup Championship in 1960/61 (Chicago’s first Stanley Cup since 1937/38). He was traded following that season to the Toronto Maple Leafs.  He led his new team in the next three years to consecutive Stanley Cup championships. In his 658 games in the NHL, he scored 183 goals and assisted on 252 others.

Eddie followed up his NHL career with a stint in the American Hockey League where he helped his Rochester Americans team to two Calder Cup Championships in 1964/65 and 1965/66.